Tefillin, often translated (for reasons no one knows) as phylacteries, are a very special mitzvah (commandment) of the Jewish people.

The Torah tells us that the words should be a sign on our arms and between our eyes. Jewish tradition tells us that this is an allusion to the mitzvah of tefillin. It appears like small black boxes with leather straps attached to them. The boxes contain parchment with some of the central texts of Jewish faith written upon them, and are bound daily on one’s non-dominant arm, and just above the hair line right in the middle.

The laws for how the parchment is prepared and how the text is written are extensive and complex, and it takes many years of training to be able to make tefillin correctly.

The thing is, it’s a very big rarity to find anyone who is not very religious who puts them on, let alone owns a pair. They are quite expensive ($1,000 is a decent price), so unless they were passed on from a deceased relative, no one would make the purchase unless they were very committed.

Israel is a very unique country, a country where nothing you think is true of normal human behavior pans out.

Israel is a country that seems to constantly impress me with the way people can fall in love with aspects of their faith, without have to fully commit to all its principles. The American Jewish community is a much more all-or-nothing environment than Israel, where any combination of beliefs or practices is possible if not probably.

This story helps to illustrate the extent of this concept:

Many years ago I was in Tel Aviv with a group of Chabad Chassidim one typical Friday afternoon. Chabad have a Friday tradition across the globe of setting up booths and attempting to get every passing Jew to put on a pair of tefillin. They believe that every Jew benefits from each and every mitzvah they perform, and consequently this is positive for the entire Jewish world.

We were outside doing this for several hours. Most of the time was pretty uneventful. The average passerby was either a Romanian non-Jew, or a quite non-conversational Israeli who would wander over to our booth, throw on and off a pair of tefillin in under six seconds, and then run off.

Now the whole time we were there we were right across from a CD store, with Israeli tunes blasting away. In front of the store was a very flamboyant typical Israeli male. For those who don’t understand what that description means: Picture clothing and a haircut that are twenty years outdated in America, and way too tight.

Our typical Israeli male in question had floppy hair, a lot of belly showing, and was probably doing the disco dancing for which Adam Sandler modeled “You Don’t Mess with the Zohan”.

But when we were packing up and getting ready to go, I thought, “What the heck. Why not?”

So I approached this young gentleman and asked him if he would like to put on a pair of tefillin.

He looked at me.

I nervously followed him, slowly, into his little CD store. “Bo, bo,” he repeated.

Finally he motioned that I should come with him behind the counter. Reluctantly and curiously, I did.

He then proceeded to open up a drawer under his cash register. Sitting in the drawer was a pair of tefillin.

He looked at me and said:

Only in Israel would one find such a walking contradiction. The American Jewish community is very straightforward. What you see is what you get. You can usually tell how a person will behave, and often even how a person thinks, just by looking at them.

Not so the mighty Israeli!

They are a series of special mysteries. What any Israeli is thinking or what he will do next will almost always surprise you.

This story is an illustration to always remember that when you step into Israel you should remember: What you see is NOT always what you get!

No Jewish Leader to Save Israel? 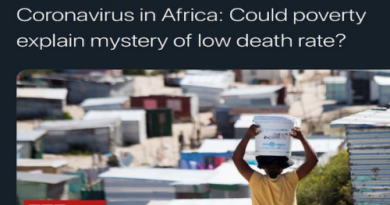