There was a time in my Country, Nigeria, when the craze for the US Visa Lottery spread by contagion. It was at such a frenzy equivalent to a festival. I was forced to look deeper into what it was all about. Men and women with university degrees, including those who were adept in the practice of their respective professions, were given the Green Card to come over to the U.S.A. together with the entire members of their families. However, once they arrived here, their qualifications and training became completely irrelevant as far as job placement went.

Let us look closely at what is happening here. First, the home country loses the contributions to the growth of the country from these citizens in whom much had been invested. Secondly, the U.S. needs the services of trained minds employed in unskilled labor. She is satisfied with her own production of skilled labor. The sustenance and growth of a country’s economy, most likely than not, is a game of numbers. I’m ashamed to admit though, that I have never read a book on economics. All the same, by observation, I have come to the conclusion that the volume of internal buying and selling is a significant among the indices that determine the state of a country’s economy. United States is spacious and largely untenanted. Populating it by choice is surely a smart move.

United States’ economy is distinguished by the nature and condition of the lower class. Compared to Great Britain where I was a student, the U.S. Government does not know you when you are sick, jobless, or homeless. In the absence of any corset to cushion the rough edges of every day living in a hostile world, the citizens are always on their toes, working two or three shifts to make ends meet. This tough attitude has a permeating influence on every facet of life. For this reason, U.S.A. excels when in competition with other countries. However, it takes its toll on the mental health of the people. Maybe this is responsible for the large number of inmates in the corrections homes. Probably, the vicious circle could be broken by paying more attention to the dregs of the society, who now are being more neglected. This may lead to unpleasant consequences. Also, the Bible says: “He who oppresses the poor shows contempt for their Maker, but whoever is kind to the needy honors GOD.” Proverbs 14:31.

The obvious indices of the growth of any economy include the volume of activities in all construction aspects. There is little doubt that without the presence of immigrants, the various construction industries will collapse. The hullabaloo about the illegal immigrants exposed the intolerant nature of some citizens. The truth is, without these illegal immigrants, the economy of the country will grind to a halt. No far-seeing government will bend to the pressure of the noise makers to mete all kinds of horrible suggestions to these illegal immigrants. They are of benefit to the country beyond imagination.

The future may not be without its problems, though. Democracy is a play in numbers. Very soon, the immigrants will be in sufficient numbers to determine election results. Now, we have men and women proven in their professions in governance. It is rather unfortunate that in the country, the burden of acquiring university education is the responsibility of the individual. What are the chances that in the future, there shall be many who have not been educated beyond the high school taking part in governance at the various levels? If that happens, the result will be that in general, governance will be at a discount.

The preponderance of religion in the country is Christianity. The teaching of Jesus Christ is that we love our neighbors as ourselves. A Jew once asked Jesus, “And who is my neighbor?” Luke 10:29. The reply he got was a Samaritan who was not even expected to live within the borders. Also, it is in their Law that the Jews should take care of the aliens. Deuteronomy 14:29. Finally, Jesus Christ says: “Then the King will say to those on his right, ‘Come, you who are blessed by my Father; take your inheritance, the kingdom prepared for you since the creation of the world. For I was hungry and you gave me something to eat, I was thirsty and you gave me something to drink, I was a stranger and you invited me in, I needed clothes and you clothed me, I was sick and you looked after me, I was in prison and you came to visit me……I tell you the truth, whatever you did for one of the least of these brothers of mine, you did for me.'” Matthew 25:34-40.

What Is the One Thing Harder to Do Than Making Money? 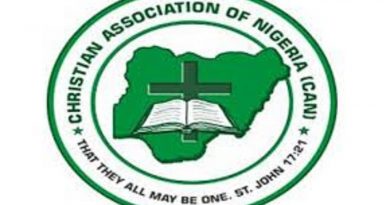