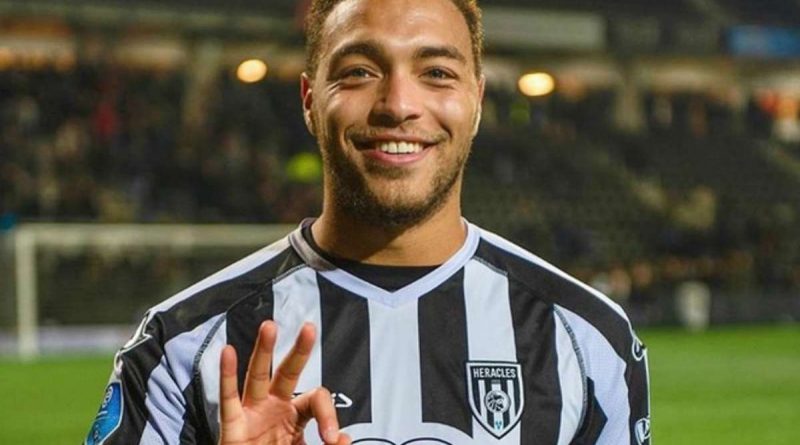 When the 25-year-old declared his intention to represent Nigeria at the international level, it was seen as another coup by Gernot Rohr.

Since he took over affairs as the Super Eagles manager, several players of Nigerian descent like Joe Aribo, Semi Ajayi and Ola Aina were born outside the country but switched international allegiance to Nigeria.

A few months ago, Dessers became the latest player with dual nationality to declare his interest to play for Nigeria.

Dessers was born in Belgium but qualified to represent Nigeria through his mother. He started his career with his hometown club, Oud-Heverlee Leuven Reserve.

But after two years in Belgium, the 25-year-old moved to Holland where he joined NAC Breda. He spent just a year with Breda as he was signed by Utrecht after his 22 goals fired Breda to the Eredivisie.

He began to gain recognition following his move to Utrecht even though he did not reach his Breda heights.

Although Dessers scored 19 times in 56 games while at Utrecht, he never really felt comfortable at the club, and left last July to sign for Heracles.

His performances in the just-concluded Eredivisie season raised Dessers profile among many Nigerians. The 25-year-old finished as the joint top scorer in the Dutch top-flight with 15 goals.

The former NAC Breda then scored another three goals in the Dutch Cup to bring his season haul to 18 in 29 games.

As a result of his performances, Dessers was handed a debut call-up along with Kingsley Ehizibue of Cologne for Super Eagles double header Africa Cup of Nations qualifier against Sierra Leone.

Although the clash would later be postponed due to the coronavirus, Dessers invitation was met with applause with many saying he would provide competition for Victor Osimhen.

However, while Dessers call-up is a good thing, his reported move to Genk suggest he may not be as good as Nigerians think he is.

The 25-year-old has reportedly sealed a four-year deal with Genk who did not even qualify for Europe next season.

Having finished as Eredivisie’s joint top scorer, it was expected that Dessers would leave Heracles but to a bigger club.

But his reported move to a side that finished seventh in Belgium’s top division suggests lack of ambition, or maybe he’s not good enough for top clubs.

Even before Genk came into the picture, the clubs linked to Dessers were mid-table/relegation clubs in Europe’s top five leagues.

The likes of Cagliari and Celta Vigo were the other clubs said to be interested in the Belgian born forward. In contrast, his supposed rival in the national team, Victor Osimhen is the darling of top clubs across Europe following a successful debut season in France.

While Osimhen may be in a better position because he’s playing in a bigger league and club, players like Josh Maja and Emannuel Dennis did not score as many goals as Dessers. Still, they have been linked with AC Milan and Borussia Dortmund respectively.

And this begs the question if Dessers is really better than the strikers in Super Eagles ranks. Over the years, players like Ruud Van Nistelrooy, Dirk Kuyt, Mateja Kezman and Luis Suarez finished as Eredivisie top marksmen, and they made moves to bigger clubs.

This makes Dessers impending move to a club like Genk more baffling because it’s a step below. A move to Belgium may not be necessarily a bad one for some players, but for a player like Dessers who is 25 years, and in the peak of his career, it shows lack of ambition.

But a look into his stats suggests why he’s not attracting the attention of bigger clubs.  Though he scored 15 league goals, his output when he’s not scoring suggests he does not offer anything to the team.

According to Sofascore, Dessers won just 33% of his duels last season while he also had only 55% dribble success per game.  His ball retention skill is also not that impressive as he loses possession on an average of 14.6 times per game.

Dessers scored 18 goals in all competitions last season, but a majority of his goals came inside the box and only managed to create seven big chances last season.

While not every striker will be like Luis Suarez, football has evolved, and big clubs want more than just a goal poacher in their team.

For a player that was born and had his football education in Belgium, Dessers already has the edge over some of his colleagues.

So making a move back to Belgium to join Genk hints he’s only good for mid-level clubs. It should also be noted that he decided to represent Nigeria because he stood no chance against the likes of Romelu Lukaku and Dries Mertens.

Nonetheless, it’s a good thing that there’s competition in Nigeria’s attack with Dessers addition, but he’s not an upgrade on the strikers he’ll be competing against in the national team. 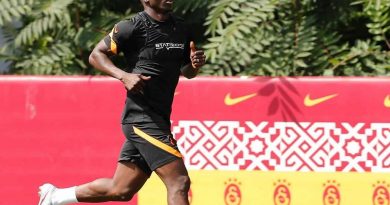