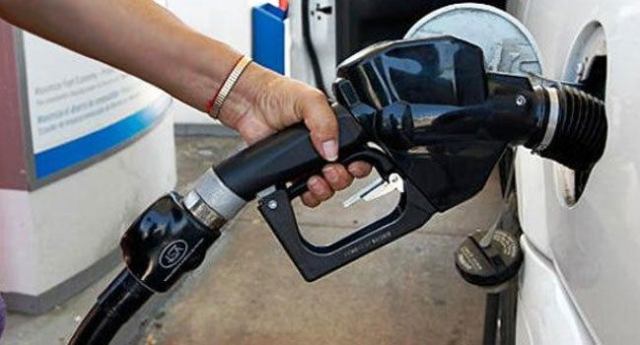 The Executive Director, Civil Society Legislative Advocacy Centre, CISLAC, Auwal Ibrahim Rafsanjani, said, “The decision is wicked. This is not the right time to increase petrol pump price because it will lead to high prices of goods and services. The government should stop this price increase immediately and be sensitive to the plight of Nigerians. They are to be considerate and not to overburden the people with unnecessary increase of pump price. Countries are working hard to reduce suffering of their citizens with infrastructure and palliatives while our government is not looking at that direction. This is seriously unfair and unacceptable.

The Executive Director, Socio-Economic Rights and Accountability Project SERAP, Adetokunbo Mumuni, said, “I don’t understand what this government is up to and don’t believe that all the steps it has taken in recent times they are not for the interest of Nigerian people. Nigerian people have been traumatized with deliberate policies.

“I don’t know what they want Nigerians to benefit. Their policies are directed and targeted to pauperize Nigerians. I want to be sure what the government is up to. We will speak to other organizations and plan on how we will reply the government on what they have done. The government should suspend this price increase now.

Social crusader and Founder, One Love Foundation, Chief Patrick Eholor, said, “I think is a shame to think of it. Responsible countries with responsible parliaments, presidents are currently writing off loans, students’ loans, helping and supporting their citizens with palliative measures, and the reverse is the case in Nigeria.

“This should have been another challenge for the Nigeria Labour Congress, NLC, but unfortunately, the NLC after the era of late Imodu, there has never been any true representation. It is a shame. I also think that the citizens have to awake up because in a society where citizens are afraid of their government, when a tyrant is in power. This is what we are facin

“We have a president who was a former military dictator under the disguise of ‘demonstration of madness’ which we call democracy. We know that there is no democracy; it is of the rich, by the rich, and for the rich. How and why should they push this very burden to the poor again?

“We are homeless; Nigerians sleeping under the bridge and mango trees. We have never had electricity for a very long time; we are recognized as one of the highest importers of generators into this country by former Vice President, Atiku Abubakar, who also wants to be our president in future, God forbid!

“So the whole thing is madness and very confusing. There is a high rate of inflation, unemployment, we have numbers increased in mental institutions; we have children who have turned their lives into drugs because they are falling into depressions, more prostitution on our streets, high level of armed robberies, rate of kidnapping increased. This is madness.

“So if the government refuse to recall back what they just said and want to force it on shift it on us we are going to make sure we go back to street protest peacefully. We are not going to be intimidated by any government who is in disguise in demonstration of madness. This is not democracy, and I mean what I am saying. The NLC , market women, TUC, and every organization should come out and denounce what the government has just proposed.

“Increasing electricity tariff is going to skyrocket the prices of goods and services. Nigerians cannot even have one square-meal a day. This is terrible. I am sure that they will reverse it before his country will have it very seriously because we also proposing to jail those ones who are speaking on social media. Everything about this government is anti-people. Is this what they promised? We are going to reject it. If you want to kill us, kill us and we are ready to die.

“We are country that is very rich in natural resources. We only have leadership problems. Every other country has disaster which is natural, but the natural disasters we have in this country is leadership failures, and we must vote them out of power and we will fight them with every legal means and protest. Enough is enough!”

The Executive Director, Yiaga Africa, Samson Itodo, said, “Clearly, this order by the government to increase prices of petroleum and electricity affirms is unfortunate and disappointing. It’s indicative of a government that cares less about the welfare of its people.

“This anti-welfarist policy should be rejected. When will government subsidize for its people. Nigerians are still grappling with the harsh impact of the Coronavirus virus pandemic and is imposing increased tariff?

“If government cuts down its expenditure, abolish security votes and block leakages in the system it can generate  a great amount of the resources required to fund our development. The people must not always pay.”

Convener, Concerned Nigerians, Deji Adeyanju, said, “When petrol was N84 and people were jumping up and down protesting against Jonathan, and everybody is silent now. secretly people were going to filling stations buying fuel. What kind of level of hypocrisy?

“Where is the so-called Civil Societies in the country? We are almost dead. People are wining and dining with the government, and the few persons that speak up the government get and sponsor people to attack them.

“So, the Buhari government is the number one enemy of Nigeria. Nigerians must rise up, hit the streets because when citizens fail of their responsibilies as citizens and then government will also fail.

“There is already a failure on the part of the citizens and that is why this government believe they can do anything ithout recourse to the Nigerian people. The same Buhari was asking who was subsidizing who? They oppose the increase in full price, and are doing the thing. Ift is completely unacceptable. It is anti-Nigerian people. This government is hell-bent in suffering Nigerians and suffocating breath out of Nigerians.

“So, I condemn it in its entirety. I call on Nigerians to fill the streets. That is the only way government will realize that the decision they are making is unpopular.

“If Nigerians don’t do so they will continue increasing the price of petrol until it is above N200. We have seen the pattern, the same government said it is deregulating and you are the one still fixing the prices. This is the government that claims it is subsidizing the dollar against the Naira.

“This is the most corrupt government ever in the history of Nigeria. This government has zero-accountability. You don’t even know what is going on in government, no idea of what the government is doing, not transparent, not open their books.

Executive Director, Tao Initiative, Martin Obono, said, “They don’t care about the plight of Nigerians and insensitive to Nigerians in the middle of COVID-19 pandemic where they have lost their jobs and life is going to be more difficult for Nigerians.

“I demand that the price should be reversed to what it was before. Let Nigerians hit the streets with placards if government fails to revert to the old pump price.” 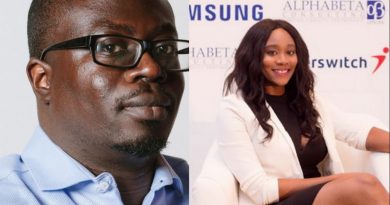