The 13th version of the Twenty20 cricket extravaganza, the Indian Premier League (IPL 2020), is set to unfold from 19th September 2020 in the United Arab Emirates (UAE). The 53-day long tournament would see around 70 matches including practice matches during the period; the afternoon matches would start at 3.30 pm IST and evening matches at 7.30 pm IST. The matches are to be played in Dubai, Abu Dhabi and Sharjah. Eight teams or franchises will take part in the tournament: Mumbai Indians, Chennai Super Kings, Delhi Capitals, Kings XI Punjab, Kolkata Knight Riders, Sunrisers Hyderabad, Rajasthan Royals and Royal Challengers Bangalore. The IPL Governing Council under the Board of Control for Cricket in India (BCCI) has recently announced Dream11, an Indian company based in Mumbai, as the title sponsor of the IPL 2020 thanks to the exit of the erstwhile title sponsor Vivo, a Chinese concern. As per news reports available it has almost been decided not to have real spectators for the mega event, because officials of both the countries have found it too risky to have crowds inside the stadiums in view of the raging COVID-19 pandemic. Therefore, as is known from reports, there would instead be huge LED screens in the stadiums that can connect the fans from various places where they can watch the live action and take part in the proceedings. Apart from those screens the matches would hit the small television screens across the globe as per arrangements of live telecast by the BCCI with Star Sports.

The IPL 2020 teams had started arriving at different venues in UAE from the 20th of August 2020 thanks to the strict COVID-19 norms and new normal cricket rules. Members of the teams arriving in Dubai were isolated at their hotel rooms for 7 days during which they were required to undergo three COVID tests, and only after being proven negative in the final test would they be allowed to go for the practice sessions. On the other hand, teams arriving in Abu Dhabi were being quarantined in hotels for 14 days as per the COVID protocol applicable there which reportedly upset a few members of the teams. This brings us to the issue of different protocols followed in different venues.

Protocols followed in Abu Dhabi are stricter due to the Coronavirus situation, and there are travel restrictions too between Abu Dhabi and Dubai or Sharjah. For example, players traveling form Dubai or Sharjah to Abu Dhabi would be required to undergo quick COVID tests at the internal border and only after being proved negative would they be allowed to enter the city. Cricket administrators have found this particular restriction not at all compatible with the demanding situation on match days. And, because of this vexing issue the BCCI has not been able so far to fix and announce the match schedule. As per reports the Board or the IPL Governing Council has been mulling dividing the tournament into two legs: most of the matches in the first leg being played in Dubai and Sharjah where restrictions are relaxed a bit, and the remaining matches in Abu Dhabi in the second leg.

Although the match schedule has not yet been announced in the official IPL website, an inadvertent tweet by Rohit Sharma, captain of the defending Champions Mumbai Indians, where he paid rich tributes to MS Dhoni, captain of Chennai Super Kings and who retired from international cricket recently, before facing him in the first match revealed that the first match of the tournament could be played between Mumbai Indians and Chennai Super Kings, but no clue as yet to the venue.

Cricket fans and revelers in India are waiting eagerly for the new normal IPL 2020 unfold in their homes in all grandeur and glitz from the 19th of September 2020 to November 10 when the ultimate final is to be played. Since the tournament had been taken out of India, for the second time in IPL history, this would mean no traveling to the UAE for Indian fans. Meanwhile, Kings XI Punjab skipper Ravichandran Ashwin had left his team and joined Delhi Capitals, and Chris Gayle, after undergoing two COVID-19 tests and proven negative, had arrived in Dubai to join his team Kings XI Punjab. 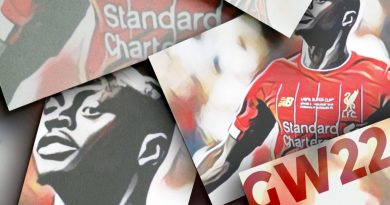 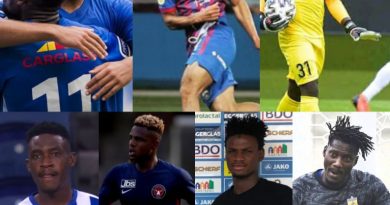