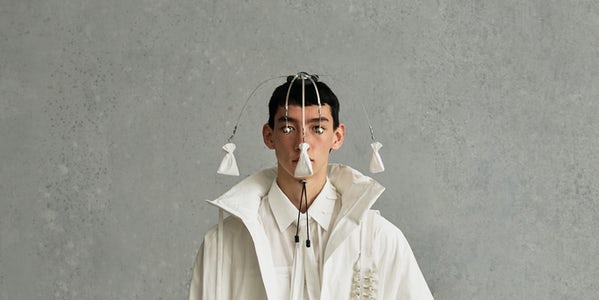 
In these capsized times, it makes perfect sense that reality has become fantasy. Going to a club, or the movies, eating out, visiting family or friends, taking a holiday… these are the things that people fantasise about now. And that was Craig Green’s path to the collection that was his first full reaction to the pandemic. When the United Kingdom initially locked down, he went to his studio on his own and cut patterns for shirts, like he was a student again. The reality of that was his escape. And he never lost sight of it as his Spring/Summer 2021 collection took shape over the subsequent months. “I was obsessed with the way things were stitched and constructed,” he said on Zoom on Thursday. “Obsessed with the details you don’t see in a show on a catwalk, which is about creating a vision, a story that the clothes fit into. Here, for the first time, everything was focused around the clothing.”

That clothes-first attitude translated into a collection that was a marked contrast to the one with which Green made his Paris debut in January. Here, there were 22 looks highlighting the purity of monochrome, the discipline of a strict, almost tailored silhouette (as well as his sculptures, but we’ll come to them later). The earlier collection of 48 looks was a technicolour extravaganza by comparison. “I could have done all textiles and print,” Green acknowledged, “but it didn’t feel like I was escaping, like it was a fantasy. And it felt wrong to do extravagance. When I looked at the last one, it felt like a carnival.” Instead, he decided it was time to embrace restriction and realise a long-time ambition to create a collection from just one garment, just one fabric. “I’ve always wanted that but I’ve never really had the guts to do it.”

Of course, it grew into much more than that but if it was that sort of directness he was after, he certainly achieved it. Musing on his own brand signatures — the quilting, the strings, the hole over the heart — led to reflection on the power that lies in the smaller details of dressing. When Green knotted a strip of fabric around a model’s neck like a tie, he was impressed by how it finished the look. “You wear ties for weddings, for funerals. They’re kind of ceremonial.” So he showed everything with a tie. Although it wasn’t really that formal, he insisted. It was a ribbon, or a belt from a jacket knotted to look like a tie. Whatever, the effect was formal. And serious, especially in a classic black tie and white shirt combination. Maybe it was my perpetual anxiety speaking but it looked to me like Green was dressing people for serious times ahead. My suggestion took him back to his show at Pitti Uomo with its angels on earth. “The reality at the moment is that it’s the ordinary people around you who are acting as saviours.”

There has always been a profound sense of spirit in Green’s shows, deep enough to make its thoughtful presence felt in the lookbook that operated as a stand-in for his physical presence this season, along with a special project he will be launching in January with photographer Jack Davison. For Spring, he showed no-shoe shoes, the next best thing to walking barefoot. “There was something about standing on the ground I liked,” Green said. “You never feel with your feet. These shoes allow you to do that. They make you feel powerful. You’re barefoot but protected.” And also barefoot with the formalism of those “ties.” He hadn’t quite worked out what that juxtaposition might mean. He did concede, though, that the shoes were “conceptual.” And there was some of the same spirit with a handful of sweeping coat/poncho/cape hybrids which, when lined up for a lookbook back view, created a muted broken rainbow effect. “It’s a cheesy idea,” Green said with a bashful laugh, “Guys coming together to create a community. But cheesy is also truth and purity, like a pop song that makes all generations cry.”

And so, to his sculptures. There has never been anything to match them in fashion. The metal body pieces looked like drying racks, especially with the way Green draped sleeves and trouser legs over them. But he intended something more chaotic, “a bit like how clothes are on a bedroom floor.” He imagined them talking to each other, which sounded like an elusive interpretation of his clothes-first ethos.

The headpieces were something else altogether. Green claimed he’d started with the banality of a head massager, which he’d alchemised into a delicate mobile for the head, with minute mirror balls shivering on stalks weighted with tiny drawstring bags, like something you might see suspended over a baby’s crib. “Conceptually, the mirrors make the models look like they are bright-eyed for the future, open to new ways of thinking,” Green explained. “But they can only see themselves, and you can see yourself in their eyes.”

The moment he said that, I had a distinctly Green flash: Francis “Tooth Fairy” Dolarhyde’s gruesome method of dispatching his victims in “Red Dragon.” Bingo! “Dead bodies, people pretending to be awake,” the designer mumbled. But he also mentioned the solar system revolving around your head. And don’t forget the baby’s mobile! From this rash of free associations is the eerie beauty of a Green collection formed. And, even with the world folding inwards as it is, that beauty was undiminished. 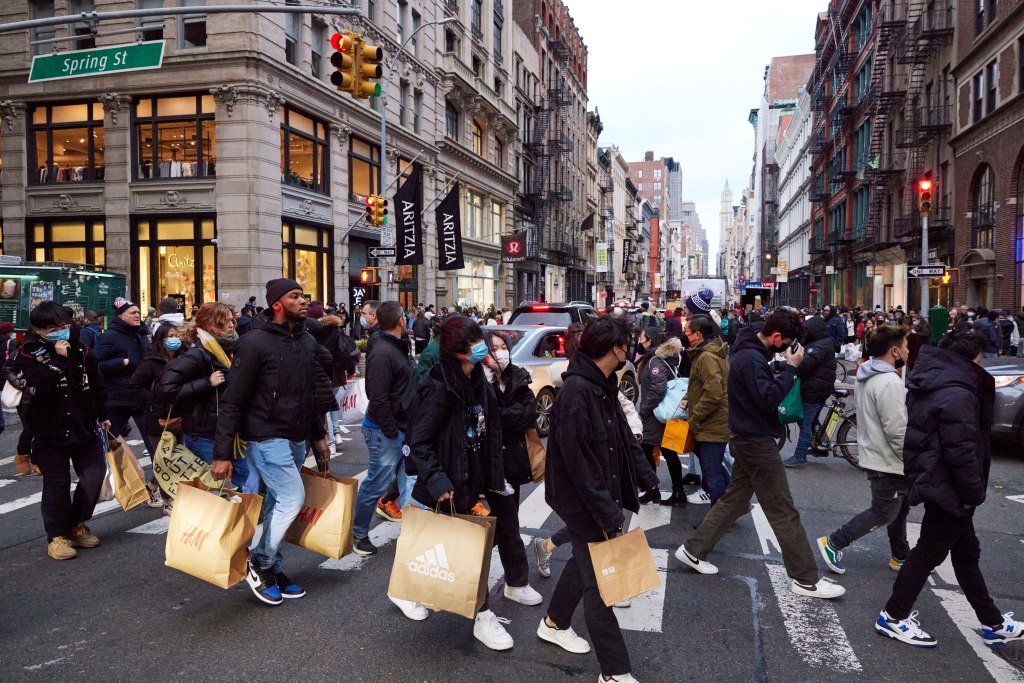 The influencer trip is back (sort of)