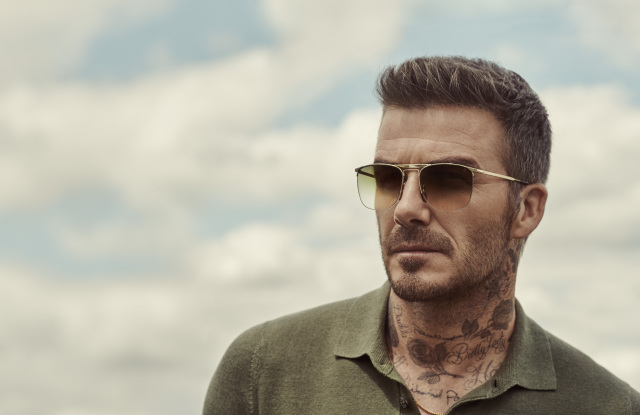 MILAN — The disruption caused by the COVID-19 pandemic in the months of April and May dragged down Safilo Group’s bottom line and revenues in the first half, but the eyewear company reported a recovery in June, more significant in Europe, and a sales rebound in July.

Adjusted earnings before interest, taxes, depreciation and amortization amounted to a loss of 28.3 million euros compared with a profit of 41.2 million euros in the first half of 2019.

Operating results totaled a loss of 55.2 million euros compared with an adjusted operating profit of 13.3 million euros recorded in the first half of 2019.

In the second quarter, revenues tumbled 54 percent to 114.5 million euros.

Chief executive officer Angelo Trocchia said in a conference call with analysts on Friday that in April and May, given the lockdown, sales dropped about 75 percent compared to the same period last year.

“In June, store traffic and conversion rates started to clearly rebound in markets like Italy, France and Germany, while the recovery of the Chinese market, which began in April, further strengthened,” said Trocchia. “On the other hand, we did not experience a sales rebound yet in North America where reopenings came a bit later than Europe and were temporarily impacted by social disruptions. The growth of the U.S. market materialized for us in July.”

Trocchia addressed Safilo’s accelerated digital transformation through the acquisition of the digitally native brand Blenders Eyewear and of Privé Revaux, and a growth of about 31 percent recorded in the first half by Smith’s e-commerce.

At the end of June, including the newly acquired brands, Blenders and Privé Revaux, total online sales represented around 11 percent of the group’s net sales, up from around 4 percent in the same period of 2019.

The executive cited the new licenses with Isabel Marant, and that with Ports branded sunglasses and optical frames in Mainland China. “China is a key strategic market in our development plans, and we think that Ports is a perfect match to have locally relevant brands, not only in terms of fit but also with distinct tastes and local consumer trends,” he said.

Safilo licenses includes Tommy Hilfiger, Levi’s, Kate Spade, Under Armour and DB Eyewear by David Beckham, among others. The company expects the exit of the Dior brand from Jan. 1, 2021, and that of the Fendi label from July 1 that same year.

While admitting that uncertainties about the future remain, Trocchia said that “throughout our long history, Safilo has successfully navigated through many different challenges and I am firmly convinced that we will emerge also from this crisis as an even stronger organization, more agile and ready to face a rapidly changing business environment.”

In June, sales almost doubled compared to the previous month, recording a more limited decline of around 35 percent (excluding acquisitions) over the same month of last year, with differing levels of recovery among countries, cities and business segments.

In Italy, France, and to a lesser extent Spain, consumers favored the purchase of brands in the contemporary and mass cool segments, said chief financial officer Gerd Graehsler during the call. “Within these markets, small and medium-sized cities outperformed historical cities, outlets and shopping malls more affected by the lack of foreign tourists.” Among the Northern European countries, Germany recorded in June the strongest improvement, driven among other things by the double-digit growth of online pure players.

Safilo’s wholesale revenues declined around 65 percent in the quarter, reflecting the slower pace of reopenings which occurred in the region between May and the beginning of June, with the social turmoil affecting the country temporarily delaying the restart of commercial activities.

The newly acquired businesses of Privé Revaux and Blenders Eyewear, the latter completed on June 1, added a total of 15.7 million euros to the quarterly sales of North America, more than doubling their respective sales compared to their prior year business.

In the Asia Pacific region, sales in the second quarter were down 65.7 percent to 8.8 million euros, and 45.4 percent to 23.7 million euros in the first half, heavily impacted in the quarter by the lack of business in the travel retail channel.

On the other hand, sales in China confirmed the recovery trajectory initiated in April, closing the quarter slightly positive compared to the same period of last year. Trocchia defined China as the group’s best performing market in the second quarter and the first half. On the other hand, business conditions remained tough in Hong Kong, Korea, Japan and in South Asian countries.

In the Rest of the World, sales in the second quarter were down 78.9 percent to 4.4 million euros, and totaled 18.4 million euros, down 49.8 percent, in the first half, impacted by the persistence of virus outbreaks in key markets such as Brazil, Mexico and India.

Trocchia repeated throughout the call that Safilo is seeing a strong rebound in July, especially in Europe and in the U.S, “independent of the virus” outbreak in the region.

“Looking at the third quarter, the group’s management remains vigilant about the reintroduction of localized lockdowns and the differing pace of the recovery across countries, estimating total net sales (including the acquisitions) to decline moderately compared to the same period of last year,” said Graehsler, declining to provide an outlook for 2020. He added that “if sales return to positive in the third quarter with no new outbreaks, EBITDA could possibly be positive in the period.”

After the double-digit growth recorded in January and February by Carrera, Polaroid and Smith, Safilo’s own core brands sales declined around 53 percent in the second quarter and 27 percent in the first half of 2020.

Cost savings totaled 28 million euros in the first half as Safilo’s management implemented a strict cash protection approach, which allowed the group to close the period with a slightly positive, free cash flow generation (before the acquisitions) of 2.5 million euros.

As of June 30, the group’s net debt (post-IFRS 16) stood at 188.5 million euros, in line with the one recorded at the end of December 2019, excluding the impact, equal to a total net investment of 111.7 million euros for the acquisitions of Privé Revaux and Blenders Eyewear.

These acquisitions were financed, for an amount of 90 million euros through a subordinated loan provided by Safilo’s reference shareholder, Multibrands Italy B.V., controlled by HAL Holding N.V, and for the remaining portion through available resources.