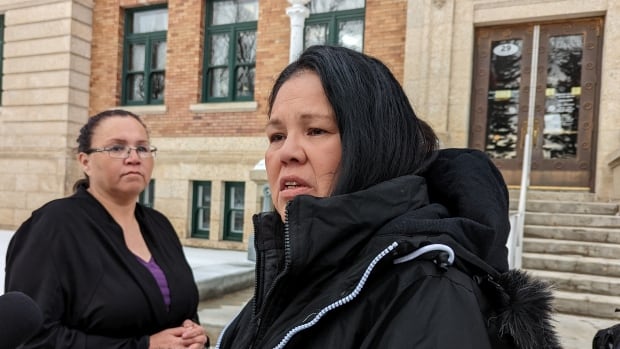 A pair of Saulteaux sisters who have been in the prison system for almost 30 years for a murder they say they didn’t commit will have their opportunity to argue for a conditional release this week.

Odelia Quewezance, 50, and her sister, Nerissa Quewezance, 48, have been incarcerated since they were 21 and 18 after being convicted of the second-degree murder of Kamsack, Sask., farmer Anthony Dolff in February 1993.

Court heard during their trial that Dolff took the two sisters, who are from Keeseekoose First Nation, and a cousin of theirs to Dolff’s home near Kamsack, Sask., about 230 kilometres northeast of Regina.

Dolff allegedly propositioned the women, and at some point the trio robbed him, leading to a confrontation where he was stabbed multiple times, strangled with a telephone cord and had a television thrown on his head.

The sisters’ cousin has admitted numerous times to killing the older man, including during the ensuing trial, and to an APTN investigation.

Odelia and Nerissa Quewezance have vehemently maintained their innocence for decades. Advocates have pointed to court documents, specifically those outlining how the sisters’ cousin confessed to the murder, as evidence of their innocence.

“This is their first opportunity for bail since their arrest on Feb. 25, 1993, and they are very much looking forward to it,” said James Lockyer, one of their defence attorneys and co-founder of Innocence Canada, which works to exonerate the wrongfully convicted.

While the hearing on Tuesday is similar to a bail hearing pending appeal, it’s a special judicial invention to allow people conditional freedoms while they await the results of a judicial review.

In late November, at a hearing where the court considered whether the conditional release hearing would be subject to a publication ban, Odelia said, “the truth is coming out, we’re finally going to get justice.”

A welcome back to the community

Chief Lee Ketchemonia of Keeseekoose First Nation said the community will provide support to the sisters if they are released and choose to return, though he’s unsure if there will be an available home for them given the community’s lack of housing.

“This is a wrongful case and if they were wrongfully convicted of course we’re going to try and give them as much support as [we] can,” said Ketchemonia, who grew up with Odelia and compared her to a big sister.

In the three decades the sisters have been incarcerated, a lot of the people the sisters grew up with, like their grandparents, have died, Ketchemonia said.

Ketchemonia attended the publication ban hearing in November to provide support. The Crown had requested the ban. The defence, CBC and APTN all opposed it. The judge decided against the ban.

“I just hope that the truth really comes out,” Ketchemonia said.

Both sisters have a criminal history spanning into their youth, according to parole documents, including assault charges and being unlawfully-at-large during their parole after their conviction.

Kent Roach, a University of Toronto law professor and expert in wrongful convictions, said that while the Crown may point to the these past events as risk factors, they “also need to be contextualized within the experience of … Indigenous women in jail but also the experience of someone who honestly believes they were wrongfully convicted.”

“We forget that David Milgaard, perhaps Canada’s most celebrated wrongfully convicted person and something of a national icon, escaped from prison,” Roach said. “I would hope that if [Milgaard’s] case was coming up today we wouldn’t say we’re not going to grant bail because you once escaped from prison.”

Sisters Odelia and Nerissa Quewezance were convicted of second-degree murder almost 30 years ago, for a crime they say they didn’t commit. Now, federal Justice Minister David Lametti has ordered a review of the convictions to determine if the Indigenous women suffered a miscarriage of justice. Matt Galloway talks to Odelia about her hopes for exoneration; and their lawyer James Lockyer, a director with Innocence Canada.

According to Roach, the sisters will have to prove their release is in the public interest, potentially pointing to the facts of the case, though the judge can decide how deep they want to delve into those facts’ merits.

If the sisters are released, the court will set conditions. Roach referenced the case of Glen Assoun, who spent 17 years in prison for a murder he didn’t commit. Assoun was under strict release conditions, including electronic monitoring he paid for and being required to report any meetings he had with women.

Roach said he’s aware of eight cases that had a bail hearing pending a ministerial decision and all except one ended with conditional release.

Advocates continue to call for exoneration

The sisters’ cousin, who was 14 at the time, confessed to Dolff’s murder during the trial, according to court transcripts, admitting that he had lied about several aspects about how Dolff’s death unfolded. The cousin confessed that it was him that said “let’s kill him,” not Nerissa, as he had previously said.

The cousin was convicted of second-degree murder and served four years in custody as a minor.

The ministerial review of the sisters’ conviction — which is the last chance at freedom after all avenues of appeal have been exhausted — could lead to a new trial, a new appeal, a question of law referred to the provincial or territorial court of appeal, or a dismissal of the application.

Ultimately, it could lead to Odelia and Nerissa’s exoneration, an outcome advocates like Ontario Senator Kim Pate have endorsed.

She said that despite the sisters’ history, like the crimes outlined in parole documents, she doesn’t believe their release will increase a risk to public safety.

“What is publicly available, with respect to Nerissa and Odelia, is the most negative interpretation of everything they’ve ever done, I would argue, since they were in residential school and the child welfare system and the prison system,” Pate said.

“That is not necessarily the person or the people that I know, or that their families know.”

Pate has co-authored reports on human rights in prisons and, in May 2022, a report on the “Injustices and Miscarriages of Justice Experienced by 12 Indigenous Women” including the Quewezance sisters.

Since 2003, all of the 20 exonerated people were men and only two weren’t white, according to the report.

“If [Odelia and Nerissa] are successful in terms of the hearing for judicial interim release, it shows that, in fact, Indigenous women may have some hope that the system is trying to change to address the discriminatory components,” Pate said, pointing to the high incarceration rates of Indigenous women.

A 2021 senate report found that 66 per cent of the women in federal custody in the Prairies were Indigenous. 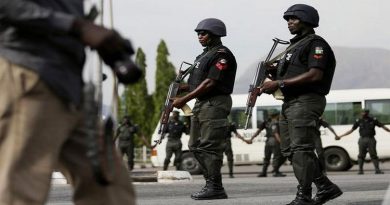 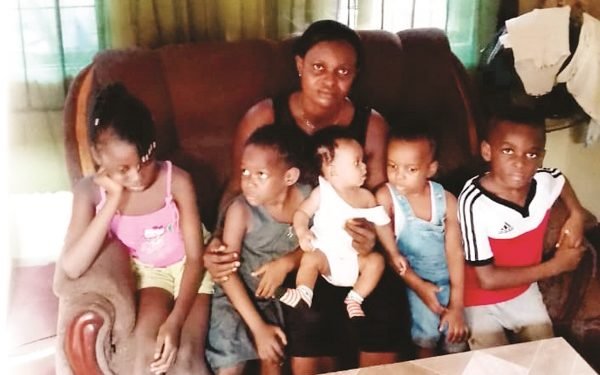 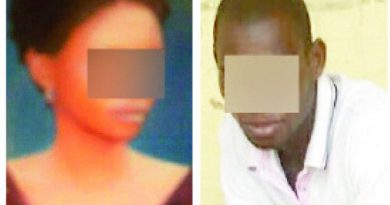