Samoa’s Prime Minister-elect Fiame Naomi Mata’afa has been locked out of the Pacific nation’s parliament after her political rival refused to cede power despite losing a general election in April.

Mata’afa arrived at the Pacific nation’s parliament on Monday, accompanied by judges, ready to form a new government and take the oath as the country’s first female prime minister.

But police barred her from entering the legislative chamber and the parliament clerk said he could only allow parliament to sit on the orders of the appointed head of state, an ally of outgoing Prime Minister Tuilaepa Sailele Malielegaoi.

The fast-moving events marked the latest twist in a bitter power struggle, with Malielegaoi – who has governed Samoa for 22 years – refusing to relinquish power, even though the courts have confirmed Mata’afa’s narrow election win in last month’s vote.

Barred from entering the legislative chamber, Mata’afa and members of her party held an ad-hoc oath-taking ceremony in a large marquee in the gardens of parliament, as supporters sang hymns and police looked on.

The ceremony took place without the head of state, the chief justice or members of Malielegaoi’s party.

Prime Minister Elect Fiame Naomi Mata’afa taking her oath in the ad hoc convening of Parliament as Prime Minister of Samoa in a tent outside of a locked Parliament.
This would have been a beautiful moment, had it not been for the legal issues at play. pic.twitter.com/MAb5bHe4yp

PM Elect Fiame, elected MPs from FAST Party are Convening Parliament in a tent outside of a locked Parliament House and holding oath ceremony conducted by their appointed Speaker in the presence of former Head of State Tupua. pic.twitter.com/wW4Y1lKSA0

Prior to the oath taking ceremony, Malielegaoi held a news conference proclaiming his government remained in charge.

“There is only one government in Samoa, even if we are just the custodian government,” he said. “We remain in this role and operate business as usual.”

Caretaker PM Tuilaepa Sailele Malielegaoi is observing cultural protocol and acknowledging Chiefly hierachy, Judiciary, Executive and others.
He is thankful for peace that has prevailed.
He is speaking from HRPP headquarters.
“The voice of HRPP is peace, since the beginning.” pic.twitter.com/jqCvcV6lBM

Samoa, an island nation of 220,000 people, was plunged into crisis when an April 9 election ended in a 25-25 tie between Mata’afa’s FAST Party and Malielegaoi’s Human Rights Protection Party (HRPP), with one independent candidate.

The electoral commissioner intervened, appointing another HRPP candidate, supposedly to conform to constitutional provisions setting out the minimum quota of women in parliament. The independent candidate, meanwhile, chose to go with FAST, making it 26-26.

Malielegaoi then persuaded the nation’s head of state, Tuimalealiifano Vaaletoa Sualauvi II to call a second election for May 21. But FAST appealed and the Supreme Court last week ruled against the appointed candidate and the plans for the new elections, restoring Mata’afa’s party to a 26-25 majority.

Sualauvi responded by suspending the parliament and appears to have refused to rescind the order despite the Supreme Court overturning the decision during a rare sitting on Sunday.

Samoa’s Chief Justice at the locked doors of Parliament this morning less than 24 hours after the court ruled to overturn the Head of State’s suspension of Parliament on Saturday night.

Ahead of Monday’s scheduled convening of the parliament, Chief Justice Satiu Simativa Perese led a procession of judges from the Supreme Court to swear in the new legislative chamber. But when confronted with a locked door, the judges turned around and headed back to the court.

Perese did not attend Mata’afa’s makeshift oath-taking ceremony later in the day. 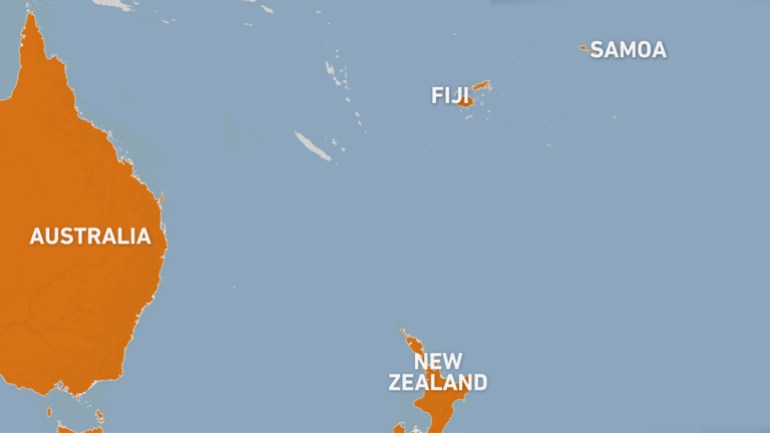 “This is an illegal takeover of government, that’s what coups are,” she told New Zealand’s media outlet Newshub on Sunday.

“We have to fight this because we want to retain this country as a country that is democratically ruled, premised on the rule of law.”

“We support Samoa’s democracy and we would call on others to do the same,” Ardern told TVNZ.

“Obviously now is a really difficult crossroads, this is a big change for Samoa over what’s been occurring in the part 20 years in their elections.

“Our call would be to maintain and uphold the rule of law.”

“Australia values our close friendship with Samoa. It is important that all parties respect the rule of law and democratic processes,” she tweeted.

“We have faith in Samoa’s institutions including the judiciary.”

Samoa gained independence in 1962 after nearly 50 years as a New Zealand protectorate and the incumbent HRPP has been in power since 1982, apart from a brief coalition period in 1986-87. 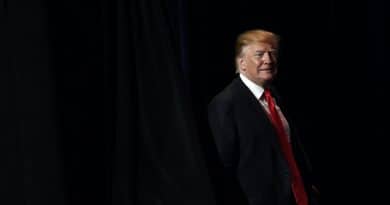 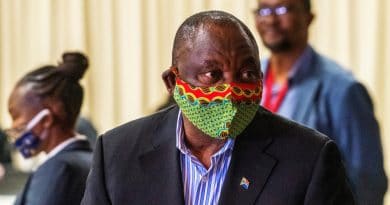