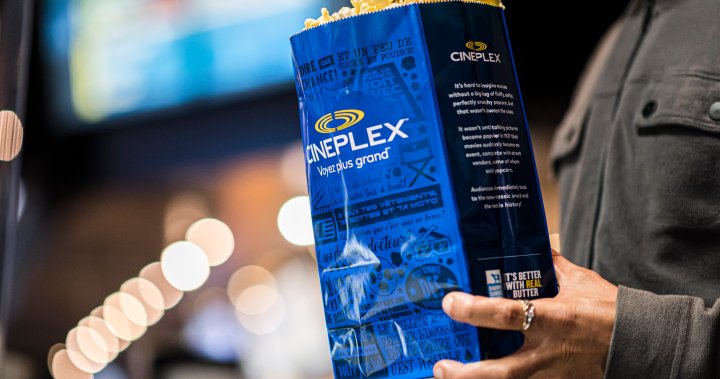 After a year that saw Canada’s film exhibition industry roiled by the COVID-19 pandemic, industry observers say the country’s cinemas are sitting at a critical juncture with no clear path forward.

Most theatres across the country were dark over the usually bustling holiday movie season, as they were for the majority of the year in many major markets. The few screens that continued operating did so at a fraction of their usual capacity.

Some say sustained closures to prevent the spread of COVID-19 could spell doom for the movie theatre business, which has been battered in recent years as ticket sales declined and streaming giants like Netflix chased the same audience.

“There were enormous challenges to this industry long before COVID ever forced us into lockdown,” says Jason Gorber, a film critic based in Toronto.

“But it’s really easy to be cynical and think movie theatres are dead. I don’t think that’s the case at all? There’s a real opportunity for change and for theatres to actually come back, bigger and better in some ways.”

However, Gorber and other industry experts recognize a happy ending for Canada’s movie exhibitors is far from certain at this point.

They predict the road ahead for 2021 will be riddled with crucial developments, and potentially setbacks, that could set the trajectory for the future.

Among the most urgent questions is the speed of a nationwide vaccine rollout that could determine how quickly moviegoers return to theatres.

Several anticipated blockbusters are lined up for later this year, including much-delayed James Bond entry “No Time to Die,” in April and “Fast & Furious 9” in May. After a year of schedule reshuffles, none of those release dates seem certain, especially if lockdowns continue or moviegoers lack the confidence to return to theatres en masse.

“People are going to be a little bit skittish about gathering and there’s probably a percentage of the audience that’s gone for good,” predicts Louis-Etienne Dubois, an assistant professor at Ryerson University who serves as director of the school’s Future of Live Entertainment Lab.

Big changes were already afoot in the movie theatre business at the start of the pandemic as Hollywood studios wrestled with exhibitors over more flexible theatrical windows that would allow movies a faster leap to streaming and rental platforms.

For years, movie theatre owners had been the victors, keeping a 90-day exclusivity window for major releases, but the pandemic forced their hand in making exceptions.

The sudden shift has shaken the industry, sometimes leading to dramatic public spats between Hollywood executives and lobbyists for exhibitors.

David Hancock, a London-based senior research manager at Omdia who scrutinizes the global film market, says the suggestion theatres are on death’s door is pure “hyperbole.”

“Everyone’s losing the plot of it,” he says.

“Cinemas are fundamentally an extremely valuable social and economic force. They provide a good place to launch a film, and people to come together, and they’re the only place outside the home you can watch a film properly.”

Hancock says he’s not convinced that streaming platforms will eliminate the movie theatre experience any time soon. People still thirst to watch entertainment on a big screen, he argues, and it’s a multi-billion dollar business that he doesn’t believe can be sustained on low-cost streaming platforms.

“Movies have a value,” he says. “And they need that value to make as much money back as they can, to justify $200 million in production costs and another $200 million in marketing. If you start to mess around with that, the whole thing starts to fall apart.”

However, that doesn’t mean there won’t be widespread consolidation of cinema chains in some countries, or a sharp reduction in the number of movie screens as smaller markets lose their multiplexes.

5:06
Diversity and representation in the Canadian film industry


Diversity and representation in the Canadian film industry – Nov 29, 2020

For Canada’s largest movie chain Cineplex Inc. and second-largest operator Landmark Cinemas, the possibility of a sluggish return to normalcy could be devastating.

Cineplex’s share value has dropped more than 70 per cent since the start of the pandemic, as a $2.8-billion takeover by London-based Cineworld fell apart, and the virus forced the company to lay off staff.

Last month, Cineplex announced plans to shore up $57 million by selling its Toronto headquarters and using that money to repay debt.

The company’s CEO Ellis Jacob is confident cost-cutting efforts will help weather the storm until audiences are back in the seats.

“I feel that we will have a huge pop when things start to get better,” he says.

Jacob points to other countries that have seen moviegoers return in record numbers once pandemic measures eased. China saw solid ticket sales for some homegrown films in the months after lockdown, while Japan smashed box-office records with anime hit “Demon Slayer,” which became the country’s top-grossing film of all time in December.

Whether North American audiences can muster up similar enthusiasm for “Black Widow,” the next entry in the Marvel franchise, or a Ghostbusters sequel, remains to be seen.

Cineplex has a few options it could pursue to bring audiences back.

Jacob has expressed interest in testing out “dynamic pricing” for movies, a model similar to airlines and hotels which fluctuates the cost of a ticket based on demand. In theory, it could draw cost-conscious moviegoers outside of peak hours.

The company could also make a belated foray into the all-you-can-watch subscription movie pass, which allows cardholders regular access to theatres. The concept has been a hit with moviegoers at U.S. chains for years, but Jacob has not confirmed this model as part of Cineplex plans.

But before cinemas even think about innovation, they need federal and provincial leaders to acknowledge the damage caused by shutdowns and make good with financial support, says Ken Charko, director of the B.C. division of the Movie Theatre Association of Canada.

Leaders in Quebec have already announced $4.6 million in grants to help the province’s cinemas get through COVID-19 closures. The money will go exclusively to Quebec-owned theatres, rather than national chains like Cineplex. Charko, who runs the independent Dunbar Theatre in Vancouver, wants to see similar gestures from other provinces.

“The government needs to help the industry? until we get to the point where we can survive and thrive,” he says.

“Whenever there’s great change, I believe there’s opportunity for growth. The steps that happen going forward will define that.”