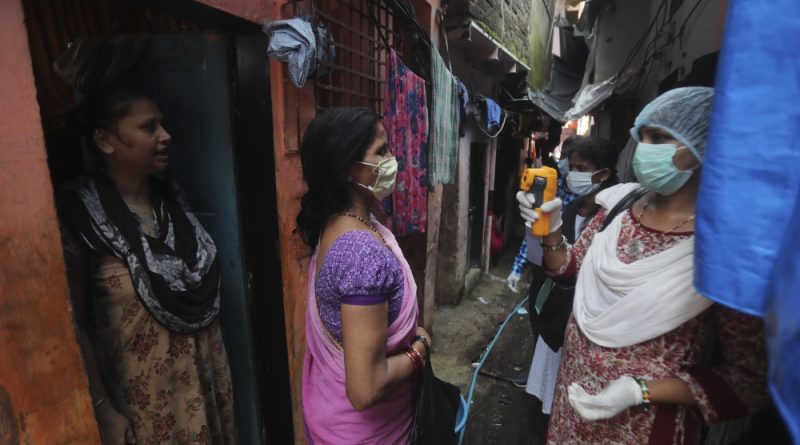 The total number of cases rose to 21,010, with 333 deaths, according to the data published by the Korea Centers for Disease Control and Prevention.

South Korea’s daily tallies have been hovering below 200 over the past three days after peaking at 441 late last week, a sign that tougher social distancing curbs implemented last Sunday have begun taking effect.

“The numbers are indeed on a downward trend but it’s too early for us to be at ease,” Health Minister Park Neung-hoo told a meeting on Saturday.

The coronavirus pandemic has hit Mexico so hard that the governments of several states ran out of death certificates.

Officials said Friday the federal forms started running out about 15 to 20 days ago in at least three states – Baja California, the State of Mexico and Mexico City.

Authorities say a million new forms have been printed and are being distributed. The certificates are printed with special characteristics because falsification has been a problem in the past.

Indigenous and environmental organizations in Brazil launched an app aimed at alerting indigenous communities to the spread of the coronavirus pandemic in their lands.

“The application maps and periodically updates the situation regarding the pandemic in cities within a 100 kilometer radius of indigenous lands,” said the Coordination of the Indigenous Organizations of the Brazilian Amazon (COIAB) and the Amazon Environmental Research Institute (IPAM) in a joint statement.

Tijjani Muhammad-Bande, president of the United Nations General Assembly, warned that a vaccine for COVID-19 must be made available to everyone who needs it because if just one country is left out the world will still face a crisis from the coronavirus.

As the world looks to a vaccine and a post-COVID-19 world, the Nigerian diplomat also warned that “inclusion is key, because without inclusion the suffering of those who are already left behind, will continue – and we cannot guarantee peace in that kind of a context”.

Security forces in Egypt have arrested a journalist who had been in quarantine after testing positive for the coronavirus, an international press watchdog said, citing his wife.

Security forces raided El-Sayed Shehta’s home in northern Egypt earlier in the week, confiscating his laptop, cell phone, money and IDs, the Committee to Protect Journalists (CPJ) said, adding that it remains unclear whether he faces any charges. Shehta is the deputy managing editor of the Al-Youm Al-Sabae newspaper.

Officers took Shehta to a police station in the Nile Delta city of Zagazig, where he collapsed and lost consciousness, CPJ reported. He remains shackled to a hospital bed in the city.

Williams, who was in his 80s, was a well-known doctor as well as a politician and author, living in New Zealand. He was briefly prime minister of the Cook Islands in 1999 after having served as the South Pacific nation’s minister of health and education.

“Dr Williams was seen as a leading figure in the Cook Islands medical community and he will be sadly missed,” New Zealand’s director-general of health, Ashley Bloomfield, said in a statement.

Much respected doctor and former Cook Islands PM, Joseph Williams, has passed away. A fitting tribute here from his medical colleagues, who say his “generosity and kindness has touched many”. @NewshubNZ #COVID19nz https://t.co/Zt4WKzvrSv

A widely cited model from the University of Washington predicts worsening outbreaks as winter returns to the Northern Hemisphere, with daily deaths expected to reach as high as 30,000 deaths during December.

The global COVID-19 death toll could total 2.8 million by January 1, about 1.9 million more from now until the end of the year.

Mask mandates and social distancing could save hundreds of thousands of lives, but there is “a tremendous amount of COVID fatigue” among the world’s government leaders because of economic downturns, said Dr Christopher Murray of the Institute for Health Metrics and Evaluation (IHME) at the University of Washington.

He added: “We are facing the prospect of a deadly December, especially in Europe, Central Asia, and the United States. But the science is clear and the evidence irrefutable: mask-wearing, social distancing, and limits to social gatherings are vital to helping prevent transmission of the virus.”

The IHME model projects the wave will peak in the United States in early December at about 2,900 deaths per day. India, the United States, Brazil, Mexico and Japan will lead the world in total deaths by January 1, according to the forecast.

Mozambique will next week lift the state of emergency imposed in April to try to limit the spread of coronavirus, President Filipe Nyusi announced in a television address.

Nyusi said the state of emergency would end on Sunday night and the country will reopen its borders the following day. Beaches will also reopen while religious services of up to 250 people will be permitted.

“We are proud of the measures we have taken that have allowed the spread of the disease to be contained,” said President Nyusi.

Confirmed coronavirus cases in Mozambique stood at 4,265 including 26 deaths, much lower than neighbouring South Africa, which has topped 635,000 infections.