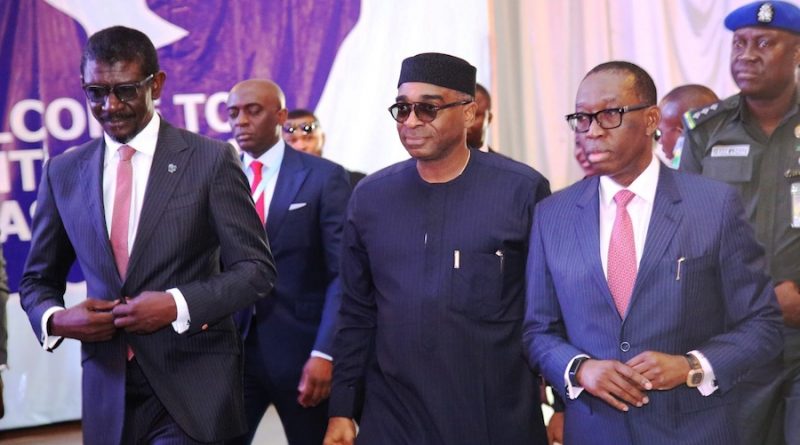 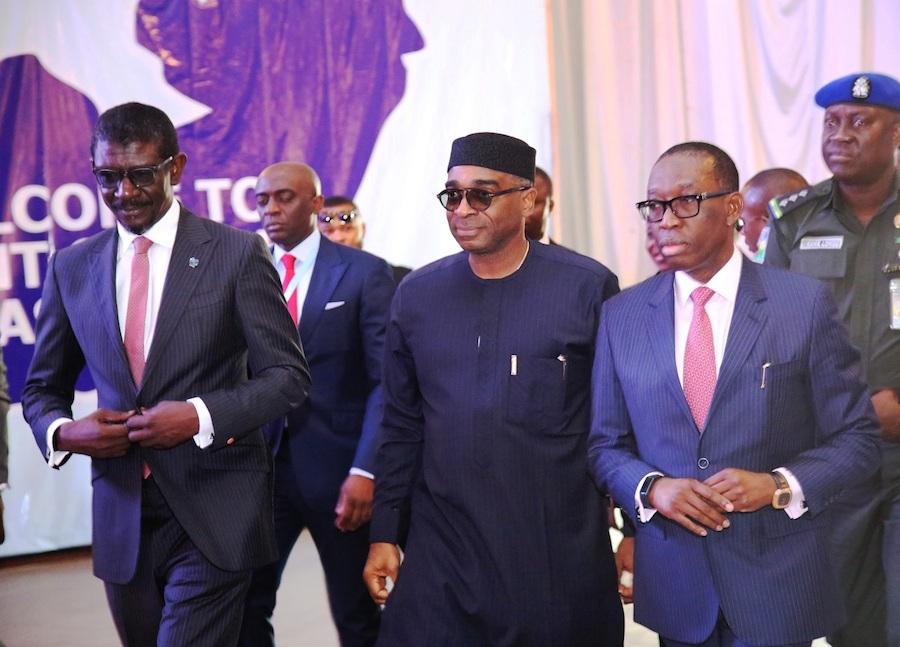 Absence of functional port is seen to be frustrating the efforts being made to develop the non-oil exports sector in Delta State thereby killing moves and strategies that ought to help diversify the state’s economy, the South-South region and the nation at large.

The state, which has four seaports in Burutu, Warri, Sapele and Koko, cannot boast of even one functional seaport, a situation that makes the people go to Apapa Port in Lagos only to be frustrated most times by unnecessary delays that result to huge wastages.

To most importers and exporters, it’s hellish using Apapa Port because the port is over-congested. Therefore, they prefer Onne Port in Rivers State which they say is closer, safer and more conducive for them in terms of logistics.

At the recent South-South Export Enlightenment and Sensitisation Summit held in Asaba, Delta State, seasoned exporters in the zone encouraged their fellows and prospective exporters to stop wasting their precious man hours and resources going to the west since the South-South has a functional and efficient seaport in Onne Rivers in the South-South zone.

Shimite Bello and her team on export initiative, do not want a repeat of the horrible experiences they had months ago when they got a big shock as a result of the rejection of their shipment in London when cockroach was found in the container (not the Garri itself).

Yes, it (the garri) was rejected and returned to Nigeria not because of the team’s fault but because cockroach entered the container within the period of long wait at the Apapa Port, which spanned through months.

Shimite narrated painful experience her committee on export initiative passed through before they were fully attended to at the port.

According to her, “It took months before the shipment could leave Apapa port. That was the third shipment since we began the exportation of Garri to London. The first and second shipments were accepted but the third shipment was rejected and returned to Nigeria.

“This has taught me a big lesson not to go through Apapa again. We will now be exporting through Onne Port,” revealed Bello who is now the Executive Assistant to Delta State Governor on Export Initiative Development and Coordinator, Delta-UNIDO Centre, Issele-Uku.

She said that during her stay in office as Executive Secretary, Delta State Micro, Small and Medium Enterprises Development Agency (DEMSMA), a lot of youths who passed through the state’s job creation scheme were supported with loan to establish their enterprises but they are facing some challenges that have to do with more funding and other logistics to enable them produce, market and export their produce outside the shores of Nigeria.

According to her, NEXIM’s sensitisation and enlighten forum would help them draw a lot of experience even as it would help relevant authorities know the problems plaguing the state and South-South region in terms of exports.

The state Governor, Ifeanyi  Okowa, had in his address, noted that as with the national economy, the economies of the South-South states have been largely dependent on oil and gas sector.

“Evidently, this distorted mono-product does not bode well for inclusive economic growth and sustainable development. Oil is depleting and, even more importantly, the advent of electric cars is a clear and present danger to the future of this industry. Hence, the urgent need for the governments of the region to expeditiously diversify the economy and maximise the non-oil export potentials of the region for accelerated economic development,” he said.

“To achieve this, it is exigent that we first take full advantage of our unique location.

Our natural location in the coastal region puts us in a prime position to engage in Export-Import trade. Take Delta State, for instance. It has four seaports in Warri, Burutu, Sapele and Koko, which combined capacity exceeds that of all other ports in Nigeria put together. You can, therefore, imagine the quantum of trade and commerce, as well as the limitless possibilities that exist for investment and employment opportunities when just two of the ports are fully functional,” he further said.

He noted that while the Federal Government has commenced the dredging of Escravos Bar for this purpose, the Delta State Government is taking steps to bring the Burutu Port back to life.

“Located in Burutu Local Government, it was the first modern port in Nigeria and served as the hub for the movement of goods to and from Nigeria as well as distribution through the inland waterways to and from the hinterland of the north, central and eastern parts of the colonial era until it’s abandonment and eventual sale in 2006 to Skews Colmar Terminal Limited. Our administration is now forging strategic partnership with the company to develop the port.

“Meanwhile, we are in the process of executing the LNG Export Terminal Project in partnership with the LNG Technology Pty Limited of South Africa for the production and export of LNG from Delta State to South-Africa. The pre-feasibility study of the project has been concluded and the production of the bankable feasibility study is on-going.”

Okowa calls for demonstration of political will to grow and develop South-South region:

“The next big challenge for us in the South-South is to diversify the economy into the non-oil sector. Huge potential exists in the agriculture sector for export business. Again, using Delta as example, the state is blessed with mineral-rich vegetation, good ecology and fertile soil, in addition to having comparative advantage in aqua-culture, cassava, rice and oil palm farming.”

He recalled how his administration in his first term set out to make agriculture a growth driver and reduce dependence on fluctuating oil earnings.

“In addition to other interventions in the sector, we embarked on the pilot scheme of producing high quality, internationally certified Yellow Garri, which was successfully exported to the United Kingdom,” said Okowa.

He said that the success story of the export initiative would not only deepen the agricultural value chain, adding that “we also believe that with strategic thinking, careful planning, focus and determination, we can change the current narrative. We are now prospecting for willing investors to come in and partner with the government to enhance the job and wealth creation impact of the Garri export initiative.”

Abubakar Bello, Managing Director, NEXIM Bank, the organiser of the event, said the South-South Export Enlightenment Forum was organised by the bank to create a platform for engagement and useful exchange of views amongst exporters, bankers, policy makers, service providers and other stakeholders in the non-oil export sector.

The key objective was to provide relevant market information and sensitise investors on huge but untapped opportunities in the Nigerian non-oil market.

“In spite of being blessed with enormous agricultural, solid minerals and indeed human resources, Nigeria has remained a mono-product economy, with the oil and gas sector accounting for about 70 percent of government revenues and over 95 percent of export revenues.” This, he said, has continued to expose the country to the vagaries of global oil market.

He said this development has culminated in the Federal Government led by Muhammadu Buhari, launching the Economic Recovery and Growth Plan (ERGP), with the key objective of diversifying the economy and promoting sustainable economic growth and development.

A major aspect of the ERGP is the One State One Product (OSOP) programme which requires every state of the federation to develop at least one commodity of export significance towards economic diversification and industrial development at the sub-national levels. To support this programme, the NEXIM Bank being the Trade Policy Bank of Nigeria, also launched the State Export Development Programme and earmarked at least N1billion to promote the production and value-addition of exportable commodities in every state of the federation.

But stakeholders at the forum insisted that attention must be paid to the development of the seaports in the zone as well as provision of basic amenities like steady supply of electricity and good road networks, if economic diversification and industrial development would be a dream come-true.