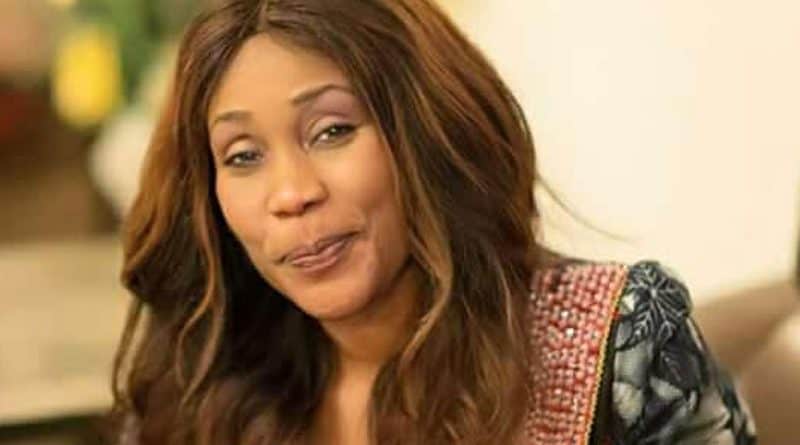 According to a report, Nigeria remains a source, transit and destination country in the illicit trade of human trafficking.

The Global Slavery Index (2018) report, Nigeria ranks 32 out of167 of the countries with the highest number of slaves – 1,386,000. Also, the National Agency for the Prohibition of Trafficking in Persons (NAPTIP) reports that the average age of trafficked children in Nigeria, now upgraded to a tier 2 country on the US State Department’s Trafficking in Persons Report (2019), is 15.

In Nigeria, the federal government has made several efforts in reducing the incidence of human trafficking in the country, especially with the creation of NAPTIP which is a counter trafficking agency that is specialised and unique in its operation.

Other efforts include the various legislative frameworks which included the Trafficking in Persons Prohibition (Administrative) Act which was re-enacted in 2015. There are also various policies which included the Protection and Assistance to Trafficked Victims in Nigeria.

Aside all these, government through NAPTIP has intensified collaborations with several stakeholders and partners including development partners, line ministries and agencies, members of the Civil Society Organisation (CSOs) and opinion leaders across the country.

NAPTIP has carried out sensitisation in all parts of the country in with deliberate plans to eradicate incidence of human trafficking in Nigeria.

The agency has even gone a step further by sensitising communities within the borders of Togo and Benin Republic. Also, the agency has mapped out several strategic steps which included massive awareness creation and a component of the strategy was the inauguration of task force against human trafficking in the 36 States of the federation.

So far, various the task forces have been inaugurated in five states such as Edo, Delta, Ondo, Ekiti, Borno States, while efforts are being made to cover other regions before the end of 2020.

Similar task force was also inaugurated in Agege Local Government Council, Lagos. It was also an attempt to address the issues of human trafficking from the grassroots with the active supports of state and non-state actors, specifically in the State and Local Grassroots.

Furthermore, it brings effective coordination in the areas of rescue, rehabilitation and empowerment. On the regional level, NAPTIP has also engaged regional policy makers through the ECOWAS Parliament so as to jointly tackle the menace.

As part of the federal government’s commitment to tackle human trafficking in the country, NAPTIP in 2019 made some progress, specifically in improving prosecution, protection and rehabilitation.

The agency took the issue of awareness creation and advocacy to regional and global levels by engaging policy makers and other stakeholders with a view to enhancing all-round cooperation and synergy.

The agency strengthened its advocacy efforts and the working tour of Mali with a view to assessing the exploitative conditions of Nigerian victims of human trafficking trapped in the mining areas of the country, profiling them and working out the modalities for evacuating them back to Nigeria.

The Director-General, NAPTIP, Dame Julie Okah, said in 2019, there was advocacy and enlightenment visits to the plenary of the Economic Committee of Western African (ECOWAS) Parliament where she members on the situation of trafficked victims in Mali and other migrating routes within the ECOWAS sub region and the need for regional cooperation and policy to arrest the situation.

She further noted that the agency, with the support of the International Organisation for Migration (IOM) and ECOWAS also embarked on a large scale advocacy and sensitisation within the corridors of the regional neighbouring countries of Benin and Togo.

She explained that the team also sensitised border communities, transporters in some of the notorious motor parks reputed for human trafficking and dialogues with law enforcement agents in Cotonou and Togo borders.

According to her, “I am pained in my heart as a mother each time I recall the plight of our youths on the scotching unfriendly Sahara desert and on the dangerous Mediterranean Sea in their bid to get to Europe in search of greener pasture.  Of more serious concern are those that have been sold off like slaves and are trapped in some of the African Countries.

“Due to series of Save-Our-Soul (SOS) messages from these victims, I personally visited Mali. What I saw there ruptured my emotion. These promising youths most of whom their parents had thought that they were in Europe, are been mindlessly exploited sexually by some heartless traffickers who held them against their will.

“While thousands of them are held by traffickers in the mining regions of the country, other who fell into the hands of gun totting group in the rebel controlled region stand the risk of being radicalized to the detriment of Nigeria.

“Most of them got there due to pressure mounted on them by their parents who wanted them to travel out and fetch money for the upkeep of their family. This is bad. Henceforth, NAPTIP will no longer spare any parent caught to have aided trafficking of their children.”

She added: “The present economic situation is a global phenomenon and as such, Nigeria is even greener than some of the European countries now. Let us advice our youths to look inward and make the best of some of the potentials around them. They should key into the various social intervention programmes of the present administration and better their lives.

“We cannot afford to continue to loose greater number of our youths in tragedies associated with irregular migration, this just has to stop. The agency, with the support of US Government and the UNODC, erected and launched counter trafficking sensitisation materials at the Murtala Muhammed International Airport, Lagos and this will be extended to other international airports in the Nigeria.

“The agency also interfaced with the military and other law enforcement agencies to ensure effective and efficient collaboration among agencies. There is also establishment of human trafficking desks in all the Internally Displaced Persons Camps (IDP) in the North-East to avoid further exploitation of victims. Country report on human trafficking was published for the first time this year.”

She further said: “Permit me to inform you that the agency in collaboration with the International Centre for Migration Policy Development (ICMPD) and the National Commission for Colleges of Education (NCCE) mainstreamed Trafficking in Persons issues into the minimum standards (Curriculum) of Colleges of Education in Nigeria.

“As a follow up, no fewer than 400 teachers of Colleges of Education have been trained by personnel of this agency and the NCCE on those issues and methodology to adopt in teaching them.

“It is important to note that these will be taught as a General Studies Course (GST) in Colleges of Education from January 2020. This activity is part of deepening awareness creating programme to ensure that children from cradle understand issues of human trafficking.”

As part of measures to assist the indigenes of Kwara State who are victims of human trafficking in Lebanon and other destination countries in the Middle East, the State government has concluded plans with NAPTIP to profile the victims and work out modality to return them back to Nigeria.

On the part of the agency, it has also concluded plans to establish a command in Ilorin to enhance its operation especially in the areas of massive enlightenment, surveillance and rehabilitation of victims.

Okah, disclosed this while speaking with journalists, after a meeting with the State Governor, Abdularazaq Abdulrahmah.

The meeting was sequel to the hosting of the first trafficked victim that was returned to Ilorin few days ago and the need to take urgent step to reduce incidence of human trafficking in the State.

The Governor who was not happy with the recent development as it concerns indigenes of the state, expressed readiness to partner with NAPTIP for comprehensive rehabilitation of the already rescued victims as well as carrying out preventive measures such as massive enlightenment and advocacy in all parts of the state in order nip the situation in the bud.

Abdulrahmah, tasked the agency on the need to come out with confirmed numbers of trafficked victims from the State who were trapped or facing exploitation in any of the Middle East destination countries with a view to putting in place effective mechanism for evacuating them.

Earlier in her speech, the Director General who was represented by the Regional Director of the Agency, Mrs. Kehinde Akomolafe, informed the governor of the plan of the agency to establish a command in Ilorin, while calling for his support.

As part of the projection for 2020, Okah said the agency would scale up its advocacy and sensitisation programme by engaging all stakeholders and partners across the country.

She added: “As part of our engagement policies, we shall improve our working relationship with the media by embarking on specialized trainings and capacity development programme aimed at sharpening the reportorial skills of our TIP Media Corps. Similarly, as part of our reward for exemplary partnership, some members of the NAPTIP Press Corps have been penciled down for an award which comes up next year.”