Forced off their usual course because of COVID-19, showrooms and road reps are rediscovering regional markets in states that are open. Their reports of strong in-person engagement and writing new accounts at the recent Dallas market are a good indicator for upcoming trade shows in Florida, including Coast in Miami on Wednesday and Thursday, and Trendz in West Palm Beach from April 25 to 27. Organizers of both shows report an uptick in new vendors and out-of-state retailers, since in-person trade shows in New York and California have ceased for the time being.

“New Yorkers are being careful. Some came to our showroom by appointment, but I’m meeting with most existing clients over Zoom,” said Stylistico sales director Angela Baptista, who temporarily left the city to hunker down with her family in Miami and focus on smaller markets like Fashion Industry Gallery in Dallas and Coast. “Brands are trying to see clients in person, and it’s scary for buyers to order over Zoom. It’s so challenging now, and these buys are too important not to touch and feel collections.” 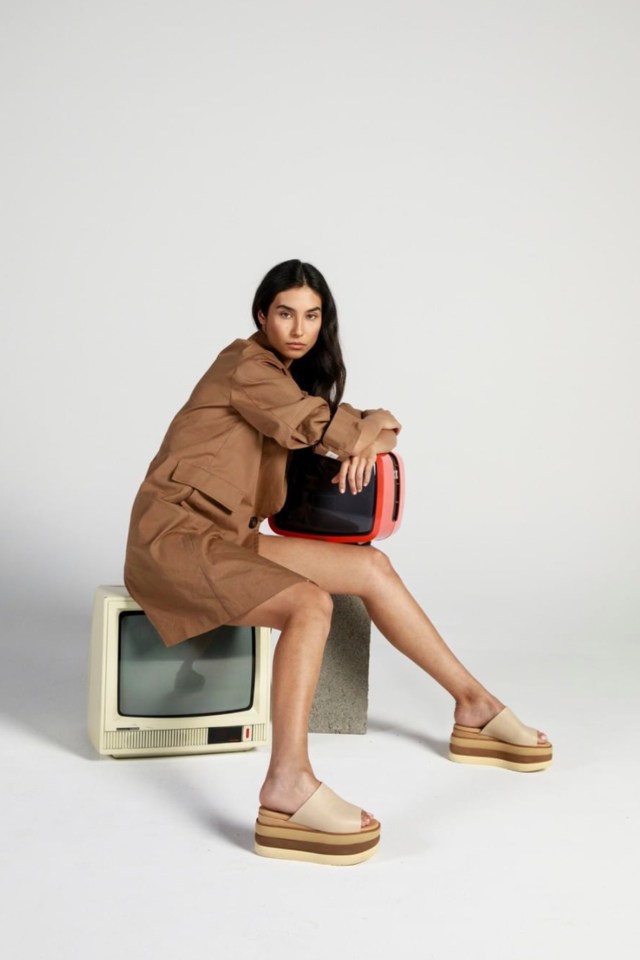 The European lines that she plans to exhibit at Coast such as Pinko and Paloma Barceló represent the event’s more elevated assortment from collections that are participating for the first time. Coast founder Karen Bennett said it’s unusual to see interest from brands at higher price points like March11, as well as shoes that retail over $500. Coast, which occurs four times annually at the Moore Building in the Miami Design District, typically has 150 vendors. Seventy vendors signed up this time.

“When we only had 35 vendors at the October [2020] show, buyers still thanked me. They said, ‘I know it’s small but keep doing it. This is helpful,’” said Bennett, who’s also registering buyers beyond her Florida and Caribbean regulars. “We’ve never had stores from Pennsylvania, Massachusetts, North Carolina, Tennessee, Texas, Oklahoma or Ontario.”

Marco Lebel closed his Lebel Fashion Group’s New York showroom when its lease was up and hit the road. He’s shown in Dallas, Denver, Miami and multiple Northeast locations through Forum Road Show.

“I had no choice but to hustle and get in front of customers,” said Lebel, having written all new business at his first Coast in October. “I think being one of the few multibrand showrooms there gave us an edge.”

He attributes his contemporary brands’ value for quality and not being made in China as other incentives that pique retailers. Kasia, a Greek resortwear collection that retails for $95 to $245, performed exceptionally with resort boutiques during Coast, while another highlight is Brazil-based Paola Bernardi’s knitwear in natural yarns, which retails for $185 to $595. They’re among eight international brands including Spain’s Mint & Rose and Italy’s Happy Sheep and Montelliana 1965 that he’ll show this week. 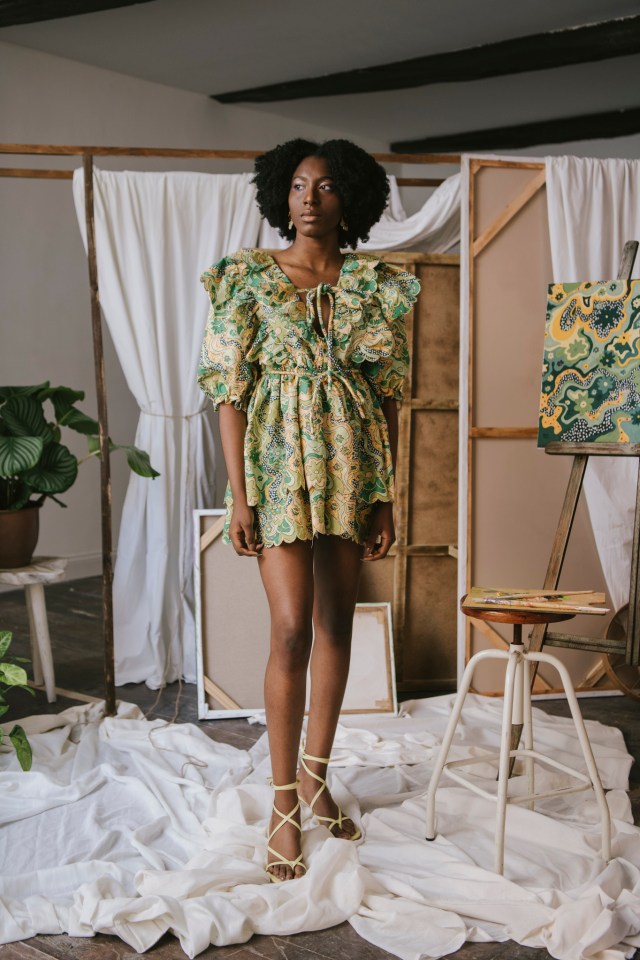 “Judging from the number of Midwest and Northeast stores I saw in Dallas that normally go to Coterie, I think my next Miami show will be even more interesting,” he said, doubtful that New York will bounce back immediately when it opens. “I will continue doing more regional and smaller shows, since I don’t know if everyone will be ready to go back to a big convention center.”

Doris D’Angelo, owner of D’ElementStyle showroom in Delray Beach, Fla., said things felt a lot more open and positive at FIG. She cited nice weather, a lack of enthusiasm for Zoom and Joor, and people feeling more comfortable from the vaccine rollout as more reasons why it differed from previous markets. Retailers across the U.S. wrote orders, on top of her traditional Southeastern base. “Southern women love to dress and are going through withdrawal, so all my accounts asked for dresses and earrings, and cute bags and shoes,” D’Angelo said. “Buyers weren’t prepared for the demand when things opened, so there was no apprehension to their buys this time. It was back to normal.”

She’s revisiting Coast after a longtime hiatus. Nearly all her brands like March11 from the Ukraine and CeliaB from Spain were in. She’ll show immediates and fall pieces from 10 lines in all. 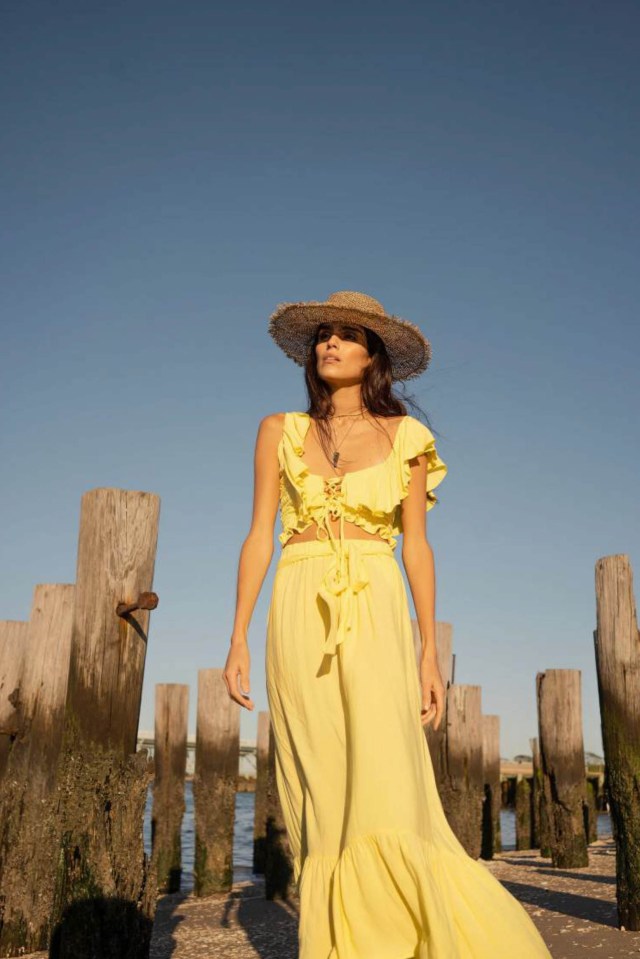 “Buyers from New York and Chicago aren’t coming by the trainloads, but they’re coming,” Carroll said.

Trendz postponed its spring dates a few weeks to give vendors affected by factory delays more time to produce samples. Exhibitor totals range from 500 during its traditionally smallest show in late March to 750 during its largest show in August. More Californian and Canadian lines are coming, as well as first-time exhibitors like Magnolia Pearl from Fredericksburg, Texas.

“Vendors have less exposure now, and we’re probably the largest regional show for them to see reaction to their product,” he said, adding stores were caught off guard and underbought. “Most are back to normal business now.”

Liz Huddleston, owner of Wild Lily and Miss Monroe boutiques in Islamorada, Fla., couldn’t get around not meeting with her tried-and-true lines in person. She took the risk and wrote Johnny Was, Elan, Hale Bob, Tolani and Fresh Laundry at Trendz.

“I tried doing online trade shows and didn’t see the point of scrolling through a million images.”