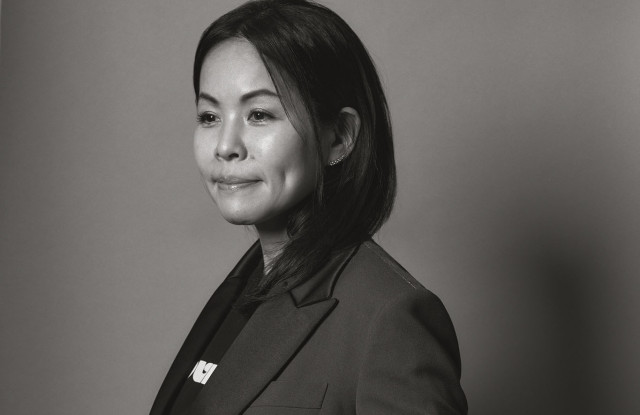 
LOVE OVER RULES. Those words underscore the two collections Sacai’s Chitose Abe designed in this most bizarre fashion season, the season of COVID-19. The sentiment comes from the work of Brooklyn-based artist Hank Willis Thomas. Upon discovering his work, Abe was quite taken by it, and asked him to collaborate on her men’s spring and women’s resort lineups. Thomas thus created a bold, uppercase graphic of that “Love Over Rules” inscription. The phrase lent thoughtful, graphic impact to the collections and provided the moving ending to Sacai’s seasonal brand film, directed by Koichi Tokuhira, that sets out to replicate the backstage activity before a fashion show.

“Basically, the collection is to honor and respect all people, and also to agree — Love Over Rules, no matter what their race, culture or sexuality,” Abe said in a video appointment during which she showed the two collections from her Tokyo atelier.

Even before the virus and subsequent lockdown changed everyone’s lives, and before the George Floyd killing sparked worldwide cries for social justice, Abe started to consider how she could “promote love and peace and individuality” through her work — a statement borne out by her women’s spring 2020 collection, in which she used a big, colorful map of the globe to glorious effect. After seeing Thomas’ work, which often deals with racial identity, social injustice and the power of love, she became more determined in her messaging goal. “Since I encountered Hank Willis Thomas, I felt that this is something I could further emphasize. But individuality, love and peace, respecting one another, these are things that I’ve always believed in,” she said. “So it’s kind of an additional homage.”

Abe’s design process was barely underway as the monumental events of spring and summer took hold. Despite the fact that the lockdown was far less protracted in Japan than in the United States and Europe, keeping Abe under quarantine for only six weeks, she still found plenty of time for that ephemeral activity in which billions of people the world over have engaged — self-reflection. Speaking through an interpreter, her longtime p.r. Miki Higasa, the designer said that lockdown “gave me the opportunity to be more introspective and really think about what my priorities are, and what’s important to me.”

In the overarching, societal sense, Abe pondered the resonance of Thomas’ “Love Over Rules.” “I was very much influenced by his work,” she said. In addition to his provocative written treatise, she took inspiration as well from his broader portfolio, including triangular photographic and mixed media works of triangle-based compositions that dovetail perfectly with her signature hybrid aesthetic. “The graphic-ness of the patchwork is Hank’s influence,” she said.

The two worked together over Zoom. “I felt this great synergy,” Abe said. “I think there was a great understanding between us, and yet he created something on his own — that logo — and he was fine with how I interpreted his work into my work. We had an appreciation and respect for one another.”

While Zoom proved excellent in creative conversations with Thomas, it would not have worked for the greater design process. Luckily, during quarantine, Abe was able to focus primarily on fabrics. The subsequent steps involved in creating her complicated, labor-intensive clothes don’t translate easily to communication in two dimensions. “It’s really not possible to design over Zoom,” she said, noting the essential close relationships she has with her pattern makers. She and they have been back in the atelier since June.

“The design process is not just about the actual final shape, it’s really about discussing and showing each other something. So it’s really not easy to do that over Zoom. You really have to be physically together to show each other what they’re trying to express,” Abe said.

Asked if she ever considered skipping a season — women’s resort if not men’s spring — she was definitive. “Absolutely not. I’m a forward-looking person. It’s very important…it’s good to be challenged by limitations, and I felt that I had to go forward.”

Nor, even in her most introspective moments, did Abe ever question the importance of fashion at a moment of such intense cultural turmoil. “It’s sort of beyond the question of whether fashion is important or not,” she noted. “What I [think about] is how to make the wearer feel good about themselves and how to give that person confidence by wearing the clothes. So it’s not just about whether fashion is important, but how it’s going to make that person feel. It’s about self-expression.”

More clinically, Abe pondered her work, process and product, delving into her archive in consideration of what drives her as a creative and as a business person. She started her considerable apprenticeship, having worked for Rei Kawakubo and Junya Watanabe at Comme des Garçons. Twenty-two years later, she is proud that she has stayed independent, the sole owner of her company. “There are going to be some challenges but also some advantages to being independent,” she said. “Being independent, I am able to set my own rules, and one of my rules is to go forward. Obviously there are challenges, too, if you’re not a big company. But I have the advantage of setting her own rules and being a creative person as well…Being independent has been the key to my career. It has allowed me to be who I am.”

It sounds simplistic, especially given her penchant for complicated constructions, but Abe began with an emphasis on tops, a direction of which she was reminded as she perused her archive prior to this season. When buyers would ask her about appropriate pairings, and what to merchandise with what, she would answer that clothes should become the wearer’s own stylistically as well as physically. “They would ask, ‘what should I pair this with?’ And I would answer, ‘well, why don’t you pair it with your own jeans or your own bottoms that you already have?”

Somehow, that early approach led to her current women’s and men’s ranges for resort and spring, respectively. Of course, both collections feature full looks, but with pieces essential to the message. Particularly for men, the attitude is casual — a fusion of offbeat artfulness with street. The women’s side has a significant dress component, often in signature hybrid constructions, such as a trench that morphs into chiffon pleats, but still features ample intensely detailed separates, ready for the wearer’s interpretation.

“That was the inspiration of how I designed [this collection],” Abe offered. “I was reminded of individuality, and how people pieced together [their looks] on their own. Of course, they can wear these full looks, but I also want to encourage people to wear the clothes in the way they feel good about the collection.”

These days, “feeling good” is a fluid concept across fashion. Yet, despite the unique challenges of the COVID-19 era, Abe sounds sanguine about the state of her business. She boasts a wide-ranging clientele, sometimes three generations in one family. The business is global, with Asia, including Japan, accounting for the largest segment. Europe and the U.S. are about equal in size. The breakdown between vertical and wholesale is also roughly a 50-50 split. From Day One, Abe’s approach has been about measured, sustainable growth. She opened the first Sacai store in 2011, 12 years after establishing the business, and now fully owns eight stores across Japan. Brand partners operate seven other stores in China, Hong Kong, and Singapore.

Similarly, Abe didn’t rush into e-commerce. Her site just launched in June, in Japan only, as planned for some time, with the goal to go global by the end of the year. “I’m very happy with it. There’s a very personal aspect to it,” Abe said of the site design, which looks cool with an insider homey-edgy quality. Rather than show the clothes on models, she asked friends to do the honors — an idea she had well before global quarantines made hiring models problematic. Among those who signed on: Higasa; stylist Karl Templer; Sarah Andelman, formerly of the Colette store in Paris and now principal of the consultancy Just An Idea; her husband, film director and photographer Philip Andelman, and musician George Clinton of Parliament-Funkadelic. “It’s really a tight family,” Abe noted.

Conversely, the idea to do a film for this men’s/women’s coed showing stemmed directly from the cancellation of the men’s runway season. Abe is delighted with the film, and found that the constraints of the season demanded new ways of thinking and creating. “It was a great opportunity for all of us to think of alternative ways to show the collection. It really challenged all of us. From that perspective, it was a good thing,” she commented.

Yet Abe missed doing a show, and looks forward to getting back on the runway. She hopes to do so in October, but doesn’t yet know if it will be possible. Even if it is, it won’t be with a typical indoor, big audience event. Abe is now considering various alternatives, including breaking the single, large-show audience into a series of small shows, or possibly moving to an outdoor venue. While getting the social-distancing aspect right is essential, so, too, is retaining that very specific creative outlet of a runway show. “It’s very important to create that experience,” Abe said.

Beyond October, at least one element of her work seems concrete: Abe has no intention of taking on outside investment. She enjoys being an independent business owner and values the inherent freedom of that situation, calling her own shots, and being singularly responsible for what happens within Sacai. “I enjoy both sides of the business, running the business as well as designing,” she mused. “I just really can’t see foregoing that for the moment. I’m very happy with how things are right now.”

And why not? Abe has done something very few others across fashion’s spectrum have been able to do — stay relevant, successful and independent over the long haul. Asked if she has advice for young designers who may aspire to similar independent success in the industry, she waxed a bit philosophical without turning preachy. “I guess using your imagination and thinking a lot and not being defeatist,” Abe offered. “If you stumble upon something, you have to get up. If you make that mistake, you just have to make sure you cover yourself. It’s really about challenging yourself.” 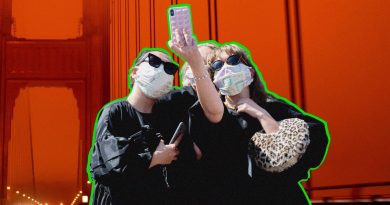