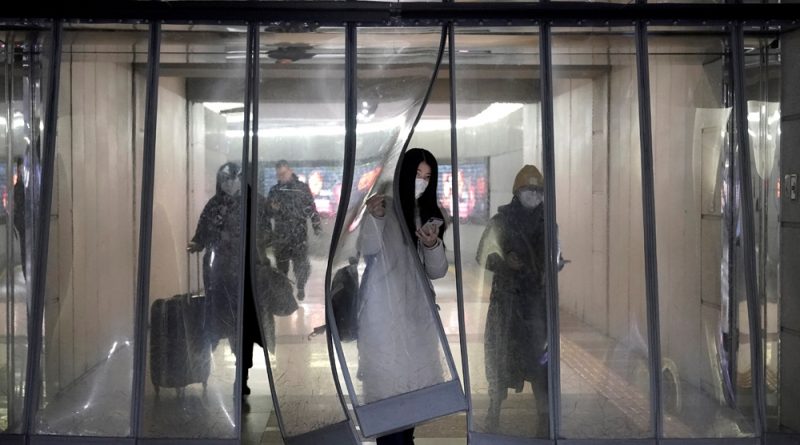 China has stepped up its response to a new coronavirus outbreak that has killed 26 people and infected at least 830, placing restrictions on 10 cities Hubei province – the centre of the outbreak.

More than 40 million people are living in the affected cities, some of which have suspended public transport amid fears that the transmission rate will accelerate as hundreds of millions of Chinese travel for the Lunar New Year.

Health authorities around the world are taking action to prevent a global pandemic, with cases reported in Japan, Thailand, South Korea and the United States.

The World Health Organization (WHO) has acknowledged that the respiratory illness, which has been traced to the city of Wuhan, is an emergency in China but said it is too early to declare it a global health emergency.

Second case of coronavirus in the US confirmed

Health officials in the state of Illinois announced the second case of coronavirus in the United States, located in the city of Chicago, local media outlet CBS Chicago reported.

According to CBS, the patient is a woman in her 60s, who had travelled to Wuhan in December.

Chicago has the 2nd confirmed case of Coronavirus in the US

The patient is a woman in her 60s

She had traveled to Wuhan in late December, flew back to Chicago January 13@cbschicago https://t.co/znSl5Cgiym

The China Development Bank will give a 2 billion yuan ($290 million) emergency loan to the city of Wuhan to help with virus prevention and treatment work, the city’s government said in a statement on Friday.

Wuhan is at the centre of an outbreak of a new coronavirus, in which at least 26 have died so far, most of them in the city.

Pakistan does not have the facilities to diagnose coronavirus, State Minister of Health Zafar Mirza said, according to local media outlet Business Recorder.

Zafar added that samples of the new virus will be sent to virology labs in three countries for diagnosis, the Recorder reported.

“The spread of the virus has not been cut off … Local authorities should take more responsibility and have a stronger sense of urgency,” state media said, without giving more details.

More than 40 million in China affected by travel restrictions

Travel restrictions are affecting more than 40 million people in China amid the new coronavirus outbreak.

Wuhan, where the outbreak began, is effectively in lockdown, with all public transport suspended. 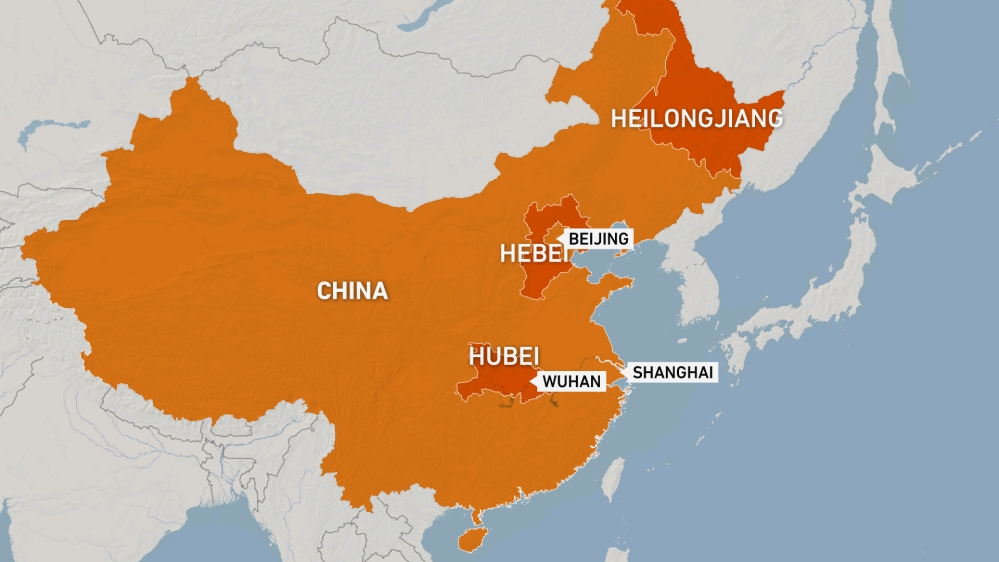 More than a dozen other nearby cities have introduced transport restrictions, with some also shutting public spaces and cancelling Lunar New Year events.

Some prominent tourist attractions have been closed in Beijing and Shanghai.

Twenty-four people have died in Wuhan’s Hubei province, one in Hebei province and another in the northeast Heilongjiang provinces.

The so-called Cobra meeting will be chaired by Health Secretary Matt Hancock. Johnson will not attend.

WHO expects coronavirus cases to rise in China

A WHO spokesman said the cases of the new coronavirus are likely to continue to rise in China and it is too soon to evaluate its severity.

“The focus is not so much on the [case] numbers, which we know will go up,” Tarik Jasarevic told a Geneva news briefing.

“It’s still too early to draw conclusions on how severe the virus is,” adding that the WHO and its network of experts may look at treatments and vaccines against MERS for possible use against coronavirus.

“They’ve created a special group to deal with the situation and leading that special group is a specialist that was brought in for the SARS epidemic back in 2003,” he added.

McDonald’s to suspend business in five cities in Hubei province

McDonald’s China said it will suspend business in five cities in Hubei province from January 24. 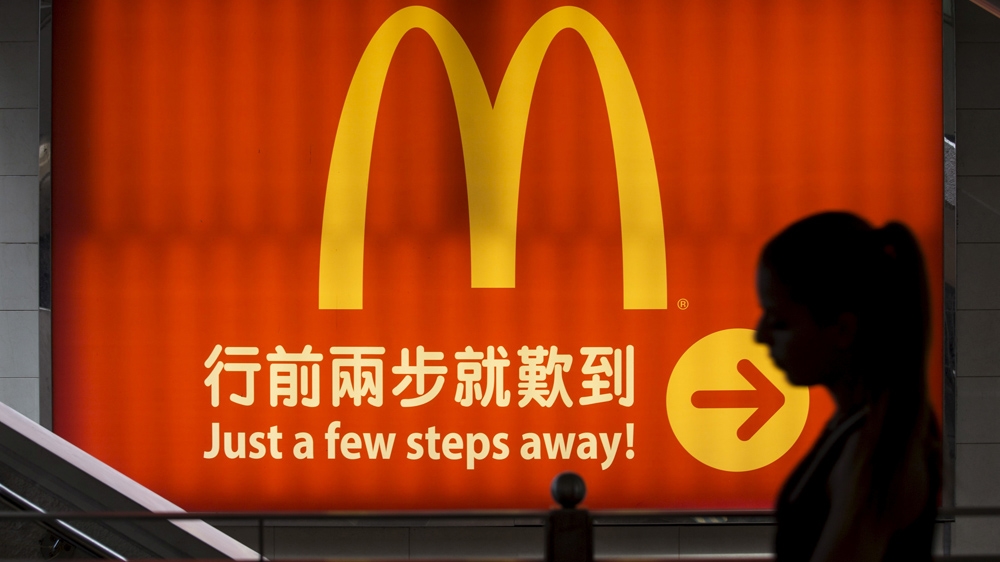 The suspension will begin on January 24 [File: Tyrone Siu/Reuters]

Thailand has confirmed its fifth case of the new coronavirus, a senior public official said, in the second instance in which a patient was not detected at the airport before entering the country.

“The patient is a 33-year-old woman from Wuhan on vacation,” Deputy Public Health Minister Sathit Patucha told Reuters News Agency, adding that she was under quarantine at Rajavithi hospital and her condition was improving.

The woman arrived in Bangkok on January 21 with her daughter and visited a private hospital complaining of a fever, coughing and muscle aches before being transferred to a government hospital on January 23, Sathit said.

Some parts of Great Wall to be closed to visitors

Some sections of China’s Great Wall near Beijing will be closed to visitors from Saturday to prevent the spread of the new coronavirus, state media and the Beijing government office which manages the Badaling part of the wall said.

The reconstructed Badaling section is among the most visited parts of the wall. 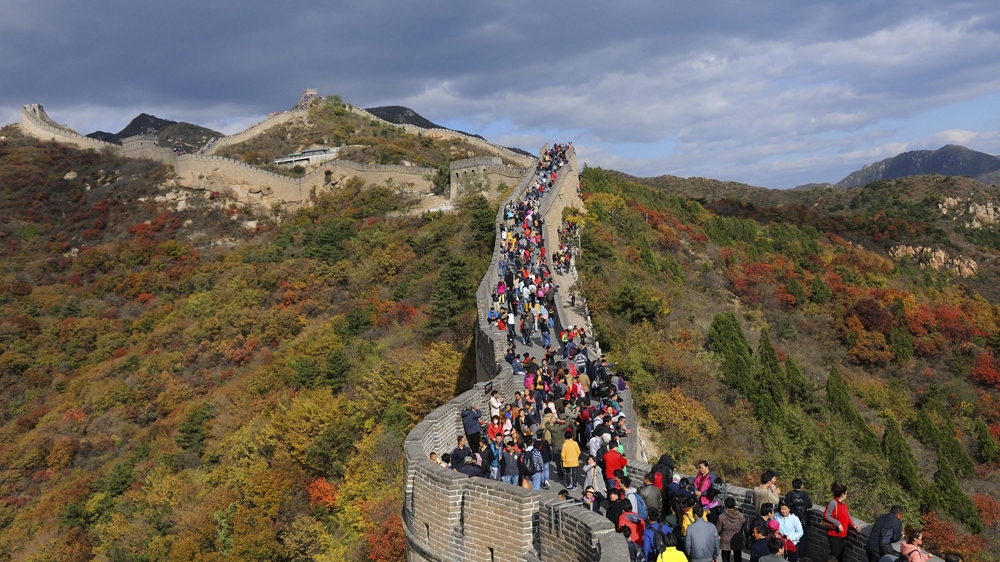 The Badaling section of the Great Wall is among its most visited [File: Stringer/Reuters]

Other important cultural and touristic sites including the Forbidden City, the Bird’s Nest stadium and Disneyland Shanghai have also been closed.

Beijing’s city government has urged residents returning from coronavirus outbreak areas to stay at home for 14 days to prevent its spread.

Shanghai’s government also urged people coming to the city from “key areas” to stay at home or under centralised quarantine for 14 days.

Investors took some solace from the WHO labelling the outbreak an emergency for China but not for the rest of the world as of yet.

Flights from Moscow to Wuhan were suspended over fears about the spread of the new coronavirus, Interfax news agency cited an unnamed source as saying.

A search on Aeroflot Russian Airlines’ website appeared to show no flights between Moscow and Wuhan were running.

Japan raised its infectious disease advisory level for China’s Hubei province to three, telling its citizens not to take any trips there due to the outbreak.

Earlier on Friday, Japan confirmed a second case of the new coronavirus.

UK ‘highly likely’ to have cases of coronavirus: Health official

Cases of the new coronavirus in the UK are highly likely, one of the country’s top health bosses said.

“I think it’s highly likely that we will have cases in the UK,” Professor Paul Cosford, emeritus medical director of Public Health England, told the BBC.

“We do have a whole range of plans ready to go when that is the case and these are being implemented now,” he said.

Hong Kong‘s hospitals are nearing full capacity as the semi-autonomous territory deals with the coronavirus outbreak.

The director of Hong Kong’s hospital authority said 97 percent of beds were occupied and a spike was expected after the Lunar New Year. 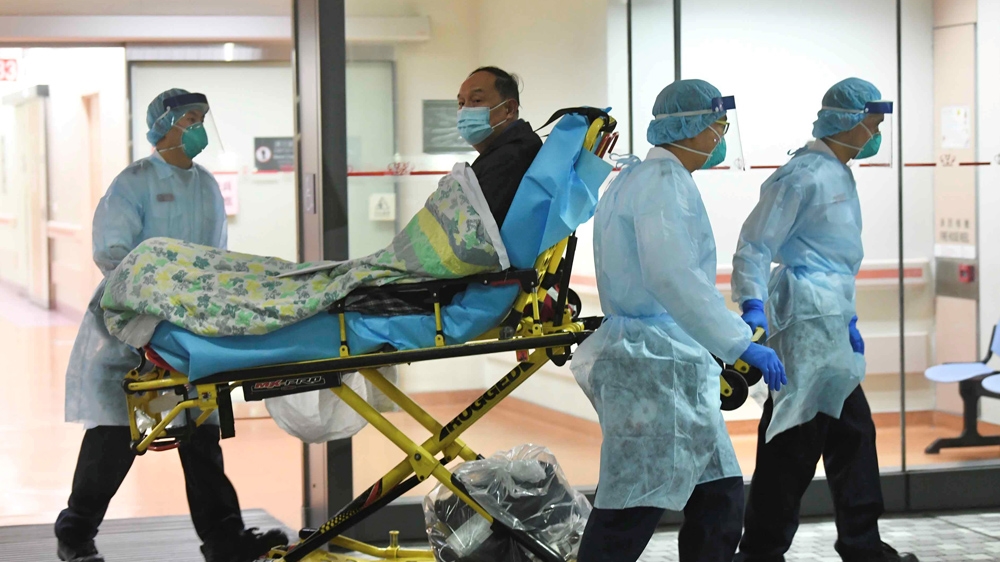 Two cases were confirmed in Hong Kong on Friday, while Al Jazeera’s Adrian Brown, reporting from Hong Kong, said there are more than 200 suspected cases in the territory.

The ministry said it expected more imported cases because of high travel volume from China.

China is rushing to build a new hospital in a staggering 10 days to treat patients of the coronavirus outbreak in Wuhan, state media reported.

The 1,000-bed, 25,000-square-foot facility is expected to be in use by February 3 to serve the rising number of patients.

In 2003, China erected a hospital on Beijing’s rural outskirts in barely a week to cater to a rapidly rising number of patients suffering from SARS.

Shanghai Disneyland to be closed

Shanghai’s Disneyland Resort will be closed from Saturday to help prevent the spread of the virus, the theme park’s operator said.

“In response to the prevention and control of the disease outbreak and in order to ensure the health and safety of our guests and Casts, Shanghai Disney Resort is temporarily closing Shanghai Disneyland, Disneytown,” it said on its website. 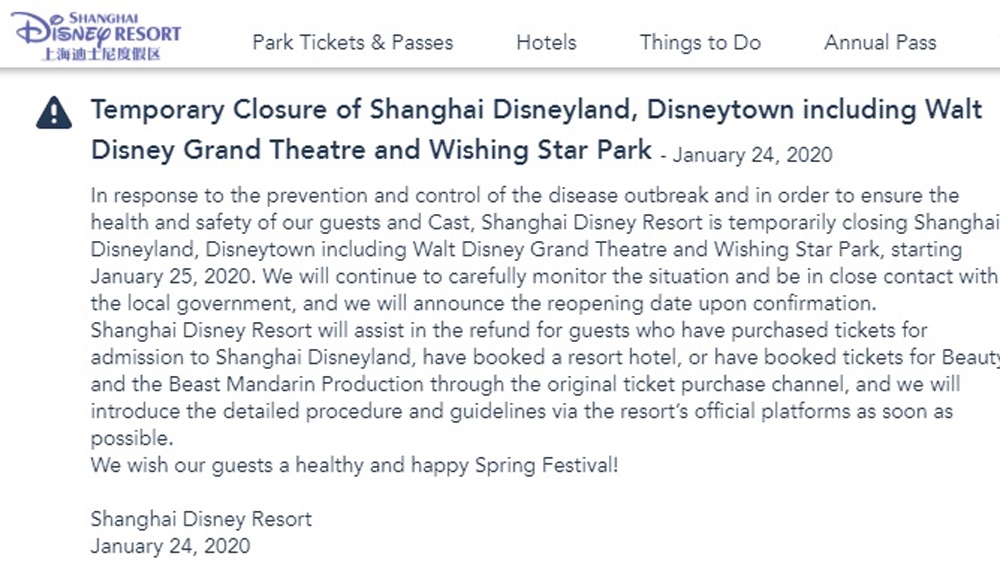 “We will continue to carefully monitor the situation and … announce the reopening date upon confirmation.”

China is on a seven-day Lunar New Year holiday starting Friday, a period when Shanghai Disney Resort would usually be packed with tourists.

Regional airline cancels flights to and from Wuhan

AirAsia, one of the leading regional airlines in Asia, cancelled on Friday all flights to and from the city of Wuhan, following the Chinese government’s decision to put the city under lockdown.

“The move is meant to assist in controlling the current Wuhan novel coronavirus outbreak situation and comply with Civil Aviation Administration of China (CAAC) requirements,” the airline said in a statement.

According to Reuters, at least 10 cities around Wuhan have also been placed on lockdown, as the government attempts to stop the spread of the disease.

The number of cases of patients infected rose risen to 830, while the death toll from the virus reached 26, the National Health Commission announced.

Meanwhile, another city near Wuhan halted transport on Friday and closed its river bridge as the country escalated efforts to contain the disease.

Huangshi city in Hubei province announced that transport routes and a ferry terminal were shut down starting at 02:00 GMT on Friday.

In all, at least 10 cities have already been ordered on lockdown.

Singapore PM: Wuhan virus does not appear to be as deadly as SARS

Singapore’s prime minister said the city-state is well prepared to tackle the Wuhan coronavirus, adding that it did not appear to be as deadly as the 2003 Severe Acute Respiratory Syndrome (SARS) pandemic.

“We are well prepared because we have been gearing up for such a situation ever since we dealt with SARS in 2003,” Lee Hsien Loong said in an annual Chinese New Year speech.

“MOH [Ministry of Health] has now activated plans to counter the spread of the virus, which so far does not appear to be as deadly as SARS was.”

On Thursday, Singapore confirmed its first case of the coronavirus strain, which originated in China, and said another case has preliminarily tested positive.

Japan confirmed a second case of infection by the new coronavirus from China, the health ministry said.

The infection was confirmed in a man in his 40s who lives in Wuhan – the Chinese city at the centre of the outbreak – and travelled to Japan, the health ministry said in a statement.

The man, who arrived in Japan on Sunday, is currently hospitalised, the ministry said.

South Korea also confirmed the second case of coronavirus that originated from China, according to the country’s Centers for Disease Control and Prevention (KCDC).