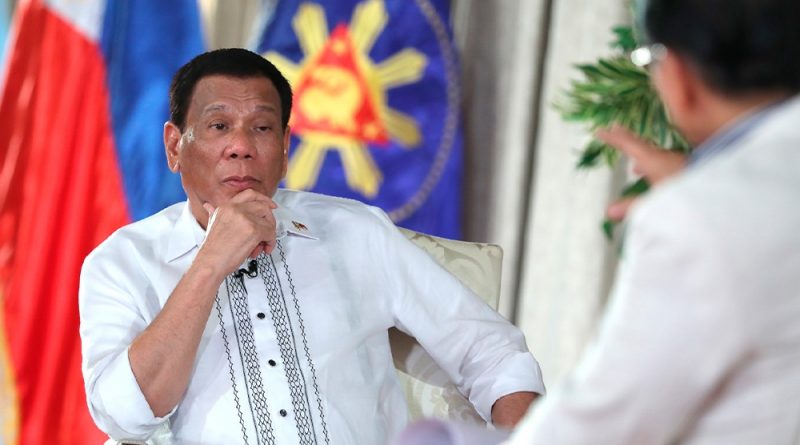 The administration of President Rodrigo Duterte has asked the Supreme Court to shut down the Philippines’s largest television network, ABS-CBN, in a move described as a “sign of dictatorship”.

In a legal filing before the highest court on Monday, Duterte’s top lawyer, Solicitor General Jose Calida, said ABS-CBN television network committed “highly abusive practices” in its operation, and its franchise should be revoked.

Calida also alleged that ABS-CBN is “hiding behind an elaborately crafted corporate veil”, allowing foreign entities to invest in the company, “in gross violation of the foreign interest restriction” spelled out in the constitution.

Since becoming president in 2016, Duterte has expressed his disdain towards the television network, which is owned by one of the richest families in the Philippines.

He claimed the channel had refused to run his political advertisements during the campaign – allegations the network has denied – and last year said he would block the renewal of the network’s 25-year legislative franchise.

“This ABS, your contract will expire, and you try to renew. I don’t know what will happen to you. If I were you, just sell it,” he said in December.

Danilo Arao, journalism professor at the University of the Philippines, said the move showed the Duterte administration was using “full state machinations” against the media.

“In authoritarian rule, we know that the chief enemy of all dictators would be the media,” Arao told Al Jazeera.

“The chilling effect is very clear. It wants to harass and intimidate a particular news media organisation so that other news organisations will toe the line.” It was a clear “sign of dictatorship”, he added.

In a statement, ABS-CBN said the petition before the court appeared “to be an effort to shut down ABS-CBN to the serious prejudice of millions of Filipinos who rely on the network for news, entertainment and public service.

“These allegations cited by the Office of the Solicitor General in his press statement are without merit. ABS-CBN complies with all pertinent laws governing its franchise and has secured all necessary government and regulatory approvals for its business operations.”

It also added that the country’s Securities and Exchange Commission and the Philippine Stock Exchange approved the company’s Philippine Deposit Receipts (PDRs), which allows foreign investments.

Celia Acedo, a journalism professor at Silliman University in the central Philippines, told Al Jazeera that Duterte’s move reminded her of martial law, when the dictator Ferdinand Marcos, ordered the takeover of ABS-CBN by one of his allies.

“It is (a) deja vu attack on free expression. The only difference is Marcos made one fell swoop. This time there is the pretence of legal process,” said Acedo, who was working in the media at the time before she moved into academia.

Several bills requesting the renewal of the channel’s licence are pending before the House of Representatives, which is dominated by allies of the president.

But with Congress expected to adjourn on March 11, “time is not on the side” of ABS-CBN, as its franchise is set to expire on March 30, Arao said.

In a statement on Monday, the National Union of Journalists of the Philippines (NUJP) said Duterte’s petition against ABS-CBN before the Supreme Court Convergence “proves without a doubt that this government is hellbent on using all its powers to shut down the broadcast network.”

“We must not allow the vindictiveness of one man, no matter how powerful, to run roughshod over the constitutionally guaranteed freedoms of the press and of expression, and the people’s right to know,” the NUJP said.

It is not the first time the Duterte administration has targeted media companies critical of his administration. In 2018 and 2019, he also tried to shut down the news website, Rappler, after it reported about his deadly so-called war on terror and his administration’s role in spreading fake news in the country.

The country’s largest newspaper, Philippine Daily Inquirer, was also forced to sell to an ally of the president, billionaire Ramon Ang, after Duterte threatened its owners with legal consequences. The newspaper was also critical of the drug war. It also reported about the alleged hidden wealth of Duterte leading to the 2016 elections.