“Rather fail with honour than succeed by fraud.”

Recently, a video of an elderly woman crying out for justice in a banking hall went viral on social media platforms, drawing sympathy from well-meaning Nigerians. Allegedly, the woman had discovered that a large sum of money (possibly all she owned) had mysteriously disappeared from her bank account. As such, either of these two scenarios might have led to the woman’s pitiful outburst: she may have received multiple debit alerts from her bank account, before being told by the Customer Care unit that fraudsters had withdrawn everything in there; or she probably filled a withdrawal slip to take out cash, only to be told that her account was practically empty. If the woman had proceeded to completely take off her clothes, gone stark naked and rolled on the tiled floors of the bank’s interiors, would anyone have blamed her at all?

There are several instances where news of an ill nature is enough to cause sudden descent into lunacy. After all, the human mind is a fragile thing housed within a delicate structure. One of such dreaded instances is the announcement of a loved one’s demise, and another is of course, the realization that one’s hard-earned money has been wiped out in a singular act of wickedness. In street lingo, that would mean the entirety of one’s life savings ‘o ti lo’, as a popular Yoruba slang goes. Now, imagine having this sort of news relayed to you by a blank-faced bank official as if the loss of one’s life savings to fraud were the most normal occurrence.

The woman in this unfortunate story cried that she had been saving money in her house without ever having to deal with men of the underworld, but when she decided to deposit the same money in her bank account, it miraculously developed wings and flew to God-knows-where. Her case like all others, is pathetic, to say the least. Nowadays, money is not easy to come by, except it is gotten illegally. And if you know elderly women well enough, you would know how much time, discipline and perseverance is specifically required of them to save up money. Personally, I can recall that my grandmother of blessed memory would rather go hungry than touch her savings. Yes, and even more interestingly, whenever her money went missing—no matter how little or huge the amount, she would gather all of us children in a room and begin to ask probing questions.

Now, back to the matter at hand: to say the unfortunate elderly woman did not regret taking her money to the bank, is to deny the obvious. Perhaps, she confided in someone whom she trusted enough to take the harmless advice of keeping her savings with a bank. She might also have inwardly believed that if her money was with the bank, it would not be easily stolen. Or something like that. And now, after putting her trust in the banking system, she was rudely brought up to speed with the evolving reach of fraud.

Yes, fraud. Cybercrime, debit card fraud, identity theft—this technological evil is hydra-headed with many faces. Gone are the days when banks were safe havens for cash and other valuables. You could say that things have fallen apart and the centre can no longer hold. But what has changed, really? And who is to blame for this negative upsurge? Is it the banking sector or the customers? Is it true that some bad eggs in the financial system are colluding with outright fraudsters to defraud customers of their hard-earned money? Although customers have been warned a thousand times not to reveal sensitive details of their accounts to strangers or even family members, relentless fraudsters or G-Boys—as they’re commonly known, keep devising devious strategies to take what doesn’t belong to them.

This recent case of the elderly woman is far from being an isolated one. And that is where the greatest cause for worry lies. Back in December 2021, a young man shared the story of a lady who lost all her savings through an unauthorized withdrawal from her account.

Also, last year January, a woman was videoed as she cried profusely in front of a bank after suspected fraudsters took all of the money her husband gave her to rent a shop.

And just when we thought we had heard it all with the crying elderly woman this month, another case surfaced: that of Chiamaka’s complaint against her former employers. Chiamaka Agim, a former employee of Zenith Bank, cried out on social media after the sum of four million naira was moved from her account to another—without her express authorization! In a video she shared on Twitter, Chiamaka narrated her ordeal through hot tears. She revealed that she had gone to about two Zenith Bank branches in Lagos to complain, and one of the branch managers told her to thank God for her life. That where there is life, there is hope. Such a statement, if it could be confirmed to be true, is more heartbreaking than even remotely funny.

There are quite a lot of similar cases involving Nigerians who have fallen victims to faceless fraudsters. Gradually, it is getting harder to defend or glorify the activities of Yahoo Boys. Online, the inane argument for internet fraud committed by Nigerians against foreigners was that the G-Boys were merely taking from descendants of colonisers who profited from the pillage of their fatherland. Now, with more Nigerians falling prey to the greed and wickedness of their fellow citizens, such an argument is nothing but the product of active stupidity.

A lot has been said about the activities of these young Nigerians who dedicate their lives to fleecing people of their hard-earned money. But verbal criticism alone cannot nip this ugly malaise in the mud. That cybercrime and internet-based fraud has become rampant in our society nowadays is a huge indictment on our collective conscience. For those asking law enforcement agents to leave Yahoo Boys and go after thieving politicians, I hope we all can now see the danger that lies if the activities of home-based fraudsters are allowed to perpetuate unchecked.

Many Nigerians have since recognised the handwriting on the wall, which has informed their decisions to seek safer alternatives. Due to growing levels of distrust and uncertainty with commercial banks, most Nigerians were lured into putting their money in dubious schemes like MBA Forex Trading, Chinmark, OFSSB, Wazobia, Yellow Traders, which all argued: “Why leave your money to be dormant in a bank account, within easy grasp of fraud, when you can invest it and earn due returns?” Nowadays, the mere mention of investment schemes is enough to trigger PTSD symptoms and regretful tears from many Nigerians.

A safer alternative to shady banks and dubious investment schemes appears to be a messianic wave of new-generation fintech platforms like PiggyVest & Cowrywise. A recurring joke on social media platforms nowadays is that if you want to know how much a Nigerian woman really has, you should ignore her bank account and check her PiggyVest wallet instead. Such is the faith that most Nigerians, especially women, have placed in the duo of Cowrywise & PiggyVest, that when the slightest rumour of danger to PiggyVest spread on Facebook and Twitter, the mania of panic and fear from our dear Nigerian women, our secret millionaires, was incredibly palpable and shocking. Perhaps, if the elderly woman had put her faith in PiggyVest and Co., she wouldn’t have had cause to be alarmed at all.

All in all, Nigerians like Chiamaka and the crying elderly woman deserve more than justice alone. We all should be able to have our faith in the commercial banking sector restored. As such, there should be plans to find solutions to these problems through effective policies and robust collaboration with relevant government agencies. All this should be geared towards making it difficult for unauthorized & fraudulent financial transactions to ever occur in the first place. And even when it does occur, the victim should be able to retrieve his or her money after complaints must have been directed to the appropriate quarters.

Furthermore, there should be strict punishment for fraudsters. It saddens me to see judges handing out six-month convictions or ordering fraudsters to pay ridiculously low fines. With dismay, I have witnessed cases of fraudsters brought to court by law enforcement agents. Here’s how the script usually plays out in such situations: The accused would enter the dock and plead guilty to the offences charged; and after much back-and-forth between the prosecutor and the accusedʼs lawyer, the judge ends up sentencing the accused to a few months in prison with an option of fine; at the end of it all, the defendant emerges free with a smug look of unrepentance.

Legal punishment has five recognized purposes and one of them is deterrence. Deterrence prevents future crime by frightening the defendant or the public. But what happens if so-called “Yahoo Boys” are no longer afraid of facing the full wrath of the law? For us to win the war against these cyber criminals, for us to even stem the tide of online fraud, all hands must be fully on deck—for the sake of those amongst us who don’t deserve to easily lose our hard-earned money.

Zayd Ibn Isah writes from Abuja. He can be reached via [email protected] 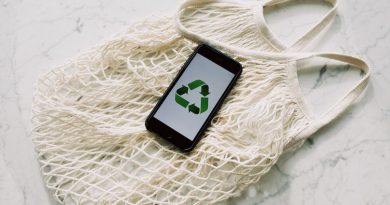 Know About The Latest Tech Developments By Following Tech Blogs