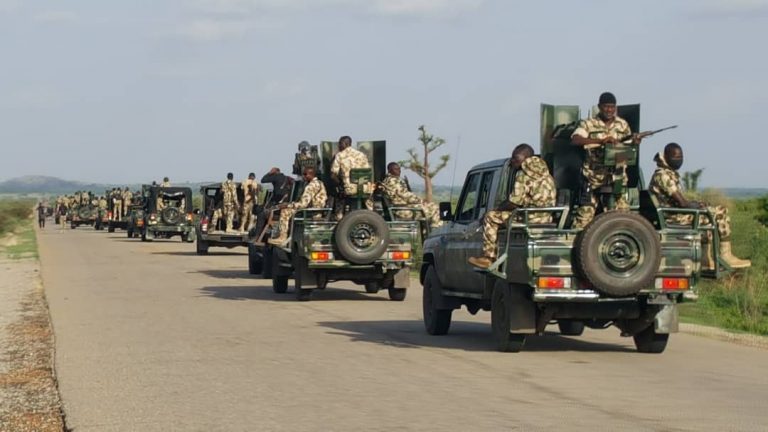 By Nodin Muzee and Orlando Mardner

The state of security in Africa is highly dependent on the level of peace and stability in Nigeria — Africa’s most populous country situated in Central and West Africa. Concerned citizens and politicians must comprehend the fluid dynamics of asymmetric warfare and how success is achieved. There is need for patience and support towards leadership stability for service chiefs or risk plunging an already volatile situation into perennial chaos, instantly killing any dreams of Nigeria and Africa Union’s pledge of ‘Silencing The Guns 2063 in Africa.

The war on terror is fought differently from conventional warfare. Time, commitment, trust and intelligence led strategic leadership and coordination amongst inter-service chiefs with local stakeholders is central to any sustainable battlefield success. Any attempt to rotate service chiefs actively engaged in battle-field command and control operations at the height of an insurgency of the type experienced with Boko Haram terrorists group and ISIS in Africa (ISWAP) is suicidal. A strategic battlefield gap could be exposed with the potential to set the country and the region back from previous military gains made since 2015.

The one thing that terrorist groups have in abundance is time – but those who are tasked to engage them are constantly pressured by the clock of rotation. The strategic and operational lesson often missed in asymmetric warfare is that of the United States of America. The setbacks in the US coalition endless war in Afghanistan and Iraq against the Taliban, Al-Qaeda core and ISIS/ISIL in Syria and Iraq is the frequent rotation of frontline and active military leadership at strategic and operation levels. These changes created major tactical, intelligence gap and operational void that is often exploited by terrorist groups and organised crime groups.Terrorist groups are known to take advantage of any void and use the time to quickly recover from previous defeats and displacements. They re-organise their fighters, recruits more fighters, treat their wounded, rearm and relaunch more deadly attacks against hard and soft civilian and military targets. There is no doubt that terrorist groups are excellent at exploiting the pressures and right moment when leadership rotation occurs and creates an opportunity to re-energize from a weaker position.

In an enduring and complex war between the Nigerian security services and the regional Multi-national Joint Task Force (MNJTF) against Boko Haram and ISWAP by brave men and women in uniform , there should be no place for complacency, strategic errors and unnecessary distractions. Old conventions that regulate rotation of military leadership and frontline forces designed for conventional battles should be adaptable to the new asymmetric war dynamics, one that requires building and maintaining long term relationships between security services in the frontline and Multi-level community stakeholders.

Today’s war on terror is intelligence led with community cohesion at the core of any form of long term strategic success. With the enemy embedded within the local community. Personal Intra and inter stakeholder relationships are created to guarantee needed intelligence and field support and most crucially, winning of hearts and minds. Since the days of conventional warfare are buried behind us, relationships created in the battlefield (communities) at all levels of engagement are hardly transferable to new leadership and operational teams within a short period of transition, hence strategic, tactical and operational plans that often depend on these existing relationships, when transferred, they become difficult to be passed on from one leadership to another with a successful execution outcome.

In the war against Boko Haram and ISWAP jihadist, a constant is the ever changing strategic, tactical and operational behaviour of these groups modus operandi, one that is very fluid and disorganised as reported in recent terrorist operations in North East Nigeria and the Lake Chad Basin.

The Nigerian military is engaged in Counter Insurgency (COIN) operations against one of the most deadliest terrorist groups in the world, Boko Haram JAS faction, Islamic State of West Africa Province (ISWAP) and other loosely connected factions in Northern Nigeria, North West Nigeria and the fringes of the Lake Chad Basin. Defeating terrorism of an asymmetric nature is a long term strategy that requires stability. A sudden change of active military leadership – Chief of Defense Staff General Gabriel Olonisakin; Chief of Army Staff – Lt General Tukur Buratai; the Chief of Air Staff, Air Marshal Sadique Abubakar and Chief of Naval Staff – Ibok-Ete Ekwe Ibas – will, in the current timing create a huge vacuum that terrorists and organized crime groups will gracefully exploit both at intelligence and operational levels.

‘The Fish Rots From The Head’

Winning the war against Boko Haram and the splinter faction ISWAP — groups that have survived for over a decade with deep ideological roots, support and connections within the country — requires absolute focus at the strategic level of the Nigerian military, one that is totally void of service uncertainty, given the military leadership the time and resources it needs for strategic planning and execution of its duties to protect the territorial integrity of the Federal state and Africa in general.

As long as the military leadership remains uncertain and under constant political pressure to hand over leadership to a waiting generation- as the case has been since 2019— performance could be highly and negatively impacted against Boko Haram and ISWAP cells in future. The Commander-in-Chief, President Muhammadu Buhari reserves the responsibility to continue to eliminate any existing doubts harboured by service chiefs and plant leadership trust and confidence to these senior officers, who will be expected to transfer same to the men and women on the frontline. Concerned citizens of Nigeria should be assured that faced with asymmetric warfare, changing the leadership goal post at the height of the insurgency is a dangerous blow to national and regional stability.

To win the war against terror in Africa and Nigeria, the collective love of one’s country in the form of patriotism must be expressed by a conventional culture of intra/inter-agency strategic, tactical and operational knowledge sharing exercise. Everyone wins if ‘fresh minded’ officers ripe to take the mantle of leadership demonstrate their ability to do so by sharing strategic and innovative ideas with the current military leadership. If Boko Haram, ISWAP and their criminal networks are successfully eliminated, well deserved officers who will eventually progress to the mantle of leadership will have the glory to lead in a much peaceful country.

To silence the guns in Africa, Nigeria needs a stable military leadership— far removed from state and Federal political distractions — in order to defeat Boko Haram and ISWAP to the barest minimum of operational in-effectiveness. Nigeria needs a battle field experienced leadership that possesses the ability to rethink on practical methodologies to claw back lost trust and confidence from the local population – this follows damaging human rights record from certain rogue elements in the frontline pursuing the war against insurgents. Service chiefs need to establish an effective close working relationship with other sister agencies including the Nigeria Police Force (NPF) as they do with the Nigerian Air-Force.

All these can be achieved by creating channels that promote practical coordination and collaboration and encourage positive competition in and outside the battlefield for all agencies involved. Service Chiefs should be encouraged and properly resourced to design strategic short, medium and long term achievable counter insurgency plans. These plans, if properly conceptualised and designed, would open up priority areas of intervention for identified stakeholders. A comprehensive Counter Insurgency plan will ensure that local, Federal, regional and international partners have the reference point to effectively support Nigeria’s counter terrorism strategy from a tactical to an operational angle. 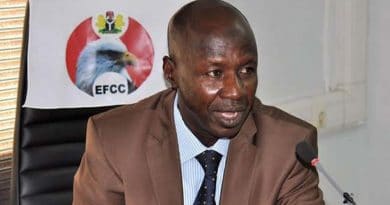 I Will No Longer Keep Mute About Malicious Attacks Against Me: Magu