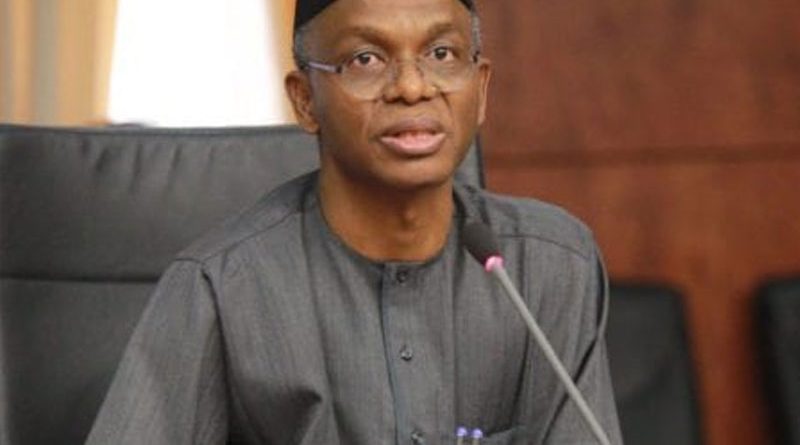 The Catholic Bishops of Kaduna Ecclesiastical Province, have said that “the people of Southern Kaduna feel abandoned by their governor in their grief”.

The province is made up of Kaduna, Kano, Kontagora Minna, Sokoto and Zaria dioceses of the Catholic Church.

The bishops also lamented the general insecurity across the country, saying Nigeria “is in the firm grip of the grim reaper.”

In a statement issued at the end of their meeting on Tuesday in Kafanchan, Kaduna State, the bishops urged the Governor Nasir El-Rufai to show more empathy to the victims of the crisis.

The statement signed by the secretary of the Ecclesiastical Province and Bishop of Kano Diocese, Most Rev. John N. Niyiring, urged the governor to “visit the scenes of the attacks and use the opportunity of condolences to scold as well as appeal to the hearts of his people.”

Since the attacks mass killings in the southern part of the state, the governor and his deputy, Dr. Hadiza Balarabe were yet to visit the affected areas.

The bishops said they saddened by the violence in Kaduna State, especially Birnin Gwari, Kajuru and Southern Kaduna.

According to the bishops “Crises test the will of a leader. At times like these, emotions are not enough.

“At times like this, a leader must seek out support by adopting the twin track of diplomacy, using backroom channels and keeping an eye on restoring peace.

“Like the mother of twins, a leader at times like these must not be seen to be sleeping on one side!

“As with the federal government, we believe that the state government could do more in terms of showing empathy to the victims of these crises.

“The people of Southern Kaduna feel abandoned by their Governor in their grief. “We appreciate that these times test the will of any leader, but there is no substitute for sobriety, calm and focus.”

The statement called on El-Rufai to “consult across the spectrum, have the patience of listening even to those who do not agree with him and focus on persuasion and consensus building across the divide.”

The bishops also called on politicians across the divide in southern Kaduna to do everything possible to ensure peace and stability in the area.

“We believe that politicians across the divide in Southern Kaduna can do more than they have done so far.

“Members of the ruling party from Southern Kaduna must do more to give their party a good name while we call on opposition politicians not to exploit the pain of our people.

“The endless killings can only turn our people against politics. Therefore, we call on the political class to rise beyond the boundaries of ethnicity, party and religious affiliations and see their people as one.

“It is criminal to play politics with the lives of our people” the bishops declared.

Part of the statement reads: “In the last few years, the purveyors of this violence have taken over the land and placed our security forces on the defensive.

“Hitherto, the nation’s main challenge was how to contain the dreaded terrorist group, Boko Haram.

“Two years ago, the military announced that it had degraded Boko Haram and basked in the euphoria that Boko Haram was no longer holding Nigerian territory.

“But our joy was short lived as the story has progressively gotten far worse.

“Today, almost the entire Northern states are in the grip of these purveyors of violence and death.

“In the last three years, we have witnessed the relentless attacks and ransacking of entire communities by bandits in states like Benue, Kebbi, Plateau, Kaduna, Katsina, Nasarawa, Niger, Sokoto, Zamfara.

“Thousands of lives have been lost to these bandits who have operated with relentless abandon.

“Taken together with the devastation of Boko Haram, Nigeria today ranks as not only the poverty capital of the world, but the most violent and unsafe place to be.

“With Covid-19, our situation has become even more precarious and perilous.

Since this tragedy came upon us, our governors in the north have done their best, but as we know, this is still not good enough.

“All our communities still bear huge injuries and scars.

We call on our governors to remain relentless in seeking to end this tragedy with greater urgency, dedication and sincerity.

“There have been attempts at negotiations with these criminals by some governors and in some cases, huge sums of money have been paid.

“Yet, sadly, the victims of these criminals remain trapped in camps as refugees, living and dying in poverty and disease.

“We appeal to the governors to place the welfare of the victims of violence before these murderous criminals. “Unless they are defeated in an all-out war, all appeasement by way of endless payments of our money will only feed their armoury and strengthen their evil enterprise.

“To many Nigerians, the federal government has looked on in either helplessness or total lack of concern and care. All of this has taken its toll on the morale and confidence of the security agencies…”

“Like other Nigerians across the country, we have watched with deep sorrow and pain, the mindless slaughtering of hundreds of our innocent citizens in your different communities across our province and beyond.

“We have channeled our pain into prayers, believing that the merciful God will look up on us…”