Chan Marshall is sitting cross-legged on a bed, crying. It’s a sniffly, unselfconscious kind of crying, tears smudging sooty eyeshadow. Thirty years into her often wayward career as the US singer-songwriter Cat Power, she is crying because in a few weeks’ time she is 50 and she can’t believe she made it, that life turned out OK, that she’s happy. At least, happier than she was when she turned 30, the day her then boyfriend “stood me up”. Or her 40th, when she felt controlled in the relationship she was in.

“He was involved with this church,” she explains. “I wasn’t allowed to have friends. Or a party. So … hmm. I’m so sorry.” She shakes her head, reaches across the bed and clutches my hand. “It’s heavy, dude.” She takes a bolstering tug on a cigarette. “The 20s were so fucking difficult, like: ‘Oh, now I gotta do this some more?’” she carries on. “Turning 40 was: ‘Uuuurgh, well I made it this far, but it’s got to get better.’”

She stubs her cigarette out. “Tell me about Shirley Manson!” she suddenly shouts, grinding back into the top gear she was in seconds before her emotional implosion. “Have you met her? Cunt! That’s what she calls me; we call each other cunt. The first thing she said to me was: ‘I fucking love ya!’”

Walking into her almost comically dimly lit hotel room in east London, Marshall is the personification of chaos. She is barefoot on the crumpled bed, wearing a navy boilersuit with one underarm seam completely fallen apart. She crackles with kinetic energy, is talking compulsively in silly accents (mine, her PR’s, the waiter bringing peppermint tea) while rummaging through packages of medical paraphernalia, not the drugs you might have once expected but a Covid PCR test (“Is this the one that goes right up to your brain?”). There are no seats so I join her on the bed, a socked foot inadvertently heading straight for her nose. “Oh, my son loves sticking his foot up my nose!” she cackles. Hers is a warm personality, overfriendly even, bearing zero resemblance to the spectral sound of what the press once referred to as the “Queen of Sadcore”. Even if she has just yelped, when questioned over the lack of light, “I like the dark!”

Men would try to get in our apartment. We had five locks. I was five. Every day I was frightened of getting murdered

Since her sonically stark debut album Dear Sir in 1995, Marshall (full name Charlyn, Chan pronounced Shawn), has been a singular presence in US alt-rock, her musical evolution mirroring that of her inner life, from sparse, gloomy 90s grunge (she howled more than sang), to the haunting vocal depth of her multilayered atmospherics today. This year she releases her third covers record, Covers (her 11th studio album), her most compelling collection yet, a poignantly reimagined spectrum from Frank Ocean’s poetic hymnal Bad Religion to Billie Holiday’s devastating I’ll Be Seeing You to Iggy Pop’s masterclass in woozy hypnosis, Endless Sea. In her early years, she laughs, “I couldn’t sing”, but it wasn’t just that; hers was the sound of psychic trauma. On Covers she has also rewritten her 2006 song Hate, its most famed lyrics now in the past tense: “I hated myself and I wanted to die.” No more. It’s what we hope to hear from the damaged: progress. It wasn’t easy. “It’s not easy for anybody, though,” she urges. “Some people have no chance at all.”

Marshall’s upbringing was chronically insecure, breadline working class in Atlanta, Georgia, the youngest daughter of two in a family riven by hereditary alcoholism. She constantly moved home and schools, largely brought up by her much-adored grandmother with her blues musician dad mostly absent. “I met my mom when I was four and a half; she left when I was born and came back.” Does she know where she was? “No one does.” Was this alcohol-related? “A few different things,” she says. “I can’t say on the record because” – she eyes the recorder between us – “technology sends messages to certain companies that … Uuuuuuuh.”

She changes the subject to recollections of her beloved “father figure”, an African American neighbour called Patrick Kelly who would go on to become a renowned fashion designer in Paris in the 80s and died of Aids in 1990. He looked after Marshall and her sister when no one was home. “He’d dress me up with braids and afros and the black, beautiful, skinny models would come and I was wearing my mom’s platform high heels.” Kelly had good reason to watch over the girls, which causes Marshall to suddenly stammer.

“W… w… w… we lived in the city and men would come to the window, and try the door, and get in the apartment,” she remembers. “We had five locks on the door. I’m five, six. I was terrified. Every single day. I was frightened of getting murdered. The bedroom door was always locked. To this day I sleep with my bedroom door locked. It’s hard growing up as a child when there’s addiction in the home because there is no sense of security, y’know? It breeds this need to constantly create security.”

Nonetheless, Marshall forged an insecure working life as an alternative rock musician, honed on the Atlanta rock scene of the early 90s. She withstood countless personal tragedies (she lost friends to Aids, cancer, suicide), and struggled with depression, psychotic visions, alcohol and prescription drug addiction. She’s always been honest about her mental health problems. She had a dramatic breakdown in 2006, still heartbroken from losing the love of her life to another woman at 27, an unnamed man who became “paranoid schizophrenic, addicted to drugs, bulimic, institutionalised many times, jailed many times”. She’d been hiding from the pain in booze, drinking from morning till night (she first drank beer aged five and smoked cigarettes aged six, because everyone else in the room did).

Rock bottom arrived on tour, when she discovered he was now living with his latest girlfriend. “I was gonna end my life that evening,” she nods (she’d written goodbye letters to her friends and family). “It was always clear to me as a little kid, I knew exactly how to do it. My mom had a shotgun.”

She was saved by a vigilant friend, who took her to rehab, where sobriety and therapy “saved my fucking life” (she stopped drinking for 18 months and, through therapy, has learned to drink casually). That year she met Karl Lagerfeld during a promotional tour for her album The Greatest, the pair becoming friends, leading to modelling work for Chanel. Lagerfeld told her: “You have class, working class.”

That year she also had stalkers (“Cat Power fucking wackos”). With her neighbours’ help, she physically ousted four different men who broke into her apartment. The home she has had in Miami for the past 15 years has a security system and shatterproof glass. I inquire whether there have been other shady experiences with men, in the music industry, over her 30 years as a touring musician.

“More than I can remember,” she scoffs, alarmingly. “Besides murder? Everything else.” She lights another cigarette. She tells me about an incident in her 20s that she didn’t report at the time, “because women are like, the divine forgivers, y’know?” Eleven days later, her PR emails saying the normally heroically open Marshall is no longer comfortable about the specific details being made public. She did say that if what happened to her then, happened to her at 25 now, in these zero-tolerance times, “Oh, he’d be dead, I’d be in jail.”

For Marshall, in 2022, life is almost stable, finally, despite ongoing financial instability. “It’s very hard,” she says, “that’s why I tour.” A musical lifer, she describes her vocation as “a worker in song, as Leonard Cohen said”. She is a strident champion of young, progressive people, “who understand everything is fucked on a global scale”, whose sheer numbers nonetheless, she’s certain, makes them poised to overthrow “the motherfuckers in power who don’t give a shit about anything except a dick in space!” She lives with her six-year-old son, Boaz, in Miami (she has never named the father), and says the happiest moments of her life today are “just playing with my son, he’s so funny”. She is single, open to romance, and five months ago had “a reconnection” with her first love, a boy she “held hands with once when I was 14 for three seconds”.

“I hadn’t been with a man in seven years, and I had a … little lovin’,” she twinkles. “It was so sweet. That’s what I really needed, sweetness. We all need sweetness. What about you? When did you last … D’you get it often?”

Taken aback, I blurt out that I’m now at an age where the biggest thrill in my cohabiting life, this week at least, has been the installation of an induction hob in the kitchen, to which she roars: “Awesome!” I am halfway out of the door when her voice peals one last time through the gloom: “You gotta tell your man: ‘Tonight, you’re gonna fuck me on the stove, baby!’ Right? With a little weed … ”

Covers is out now via Domino.

In the UK and Ireland, Samaritans can be contacted on 116 123 or email [email protected] or [email protected] In the US, the National Suicide Prevention Lifeline is 1-800-273-8255. In Australia, the crisis support service Lifeline is 13 11 14. Other international helplines can be found at www.befrienders.org. 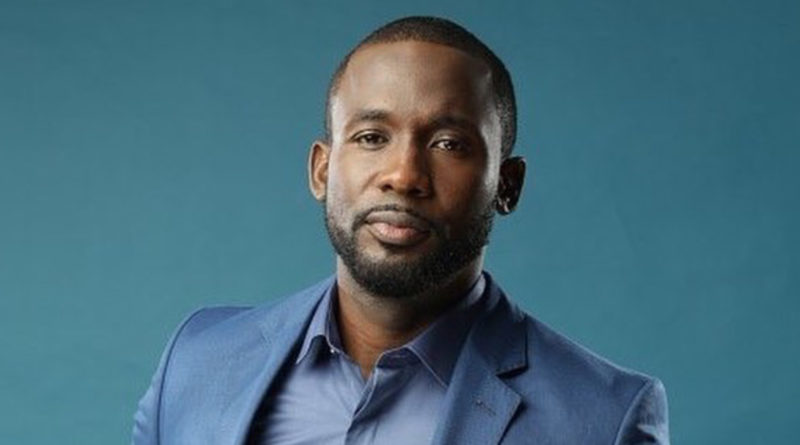 Joseph Benjamin: Flip side of a talented actor | The Guardian Nigeria News