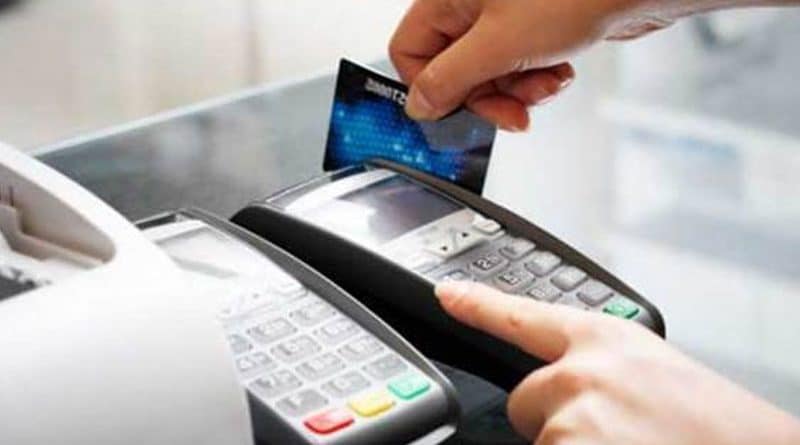 “As a result of the economic crisis created by the pandemic, almost 1.6 billion informal economy workers (representing the most vulnerable in the labour market), out of a worldwide total of two billion and a global workforce of 3.3 billion, have suffered massive damage to their capacity to earn a living. This is due to lockdown measures and/or because they work in the hardest-hit sectors.” – ILO Monitor: Covid-19 and the World of Work. 3rd Edition.

Shut land borders and airspaces are gradually opening back up, and we have seen economic activities pick up after it all came to a pause due to the COVID-19 pandemic. It’s clear that survival is dependent on good health and a working economy. The cost of the restricted movements because of the global lockdown phases are still being tallied but the World Bank envisions a 5.2 percent decrease in global GDP with most countries expected to face recession in 2020. That’s not hard to imagine, considering that at the end of the first half of April, 81percent of the world’s workforce were affected by workplace closures, according to the United Nations. As expected, the impact is most severe in low-income countries that have more workers in the informal sector. Low middle income countries such as Nigeria average more than 80percent of the population in the informal sector. In a large city like Lagos, this sector comprises more than two-thirds of the working population. In a recent World Bank country update which suggests that there could be a rise of vulnerable Nigerians by 5 million by the end of 2020. With a new globally-sanctioned lifestyle that emphasizes physical distancing to slow the virus’ infection rate and flatten the curve, where does this leave Nigeria?

Following the introduction of the cashless policy by the Central Bank in 2012, the initiative was implemented to move Nigeria and Nigerians further to a Digital Age and to mop up cash in the economy. It was also encouraged in an effort to manage inflation. Since COVID, there has been a monumental increase in the adoption of digital payment methods, an estimate of which resulted in a 365 percent increase in online activities. This increased drive has been spurred as a result of innovative financial technological solutions from Fintechs such as Flutterwave who is able to facilitate payments for businesses and encourage last mile payments. While this is remarkable, only sustained and prolonged usage can move the country close to the targeted financial inclusion goal of providing 60 million unbanked adults with formal financial services by year end 2020.

So how do we sustain the tempo?

The voluntary migration to electronic channels for financial transactions during the pandemic points to the fact that policies and penalties alone aren’t enough. Electronic channels enabling businesses and consumers the opportunity to adapt to the new normal without the disadvantage of steep learning curves. The alternative(s) need to be more accessible, easy to use and secure – the kind of features that make Flutterwave preferred.

Days before the lockdown was to begin in March, there was panic purchase all over the country which resulted in inflation of prices. Unknown to a lot of these sellers, it was the calm before the storm. Lockdown meant restricted movement and soon a lot of customers couldn’t visit their favourite shops. Local dispatch bikes came to the rescue but this applied only to existing customers as there was no way of recruiting or servicing new customers.

As a business, we saw that a lot of our merchants were significantly impacted by these lockdowns – specifically in the transportation and travel sectors. For the others that were not, we noticed they weren’t making their usual daily turn over. We were concerned and thought of ways to support all businesses: Enterprise & SMEs. For our small businesses, we responded by organising webinars and launching a campaign #KeeptheLightsOn and also built Flutterwave Store – an SME store platform. We set it up for businesses whose physical stores do not offer essential services and so had to shut down during the lockdown and also for those who had no physical or online stores. What we have seen since doing that, is that businesses who sold only in one part of town before, for example, in Lekki, started receiving orders from not only other parts of the country but different continents all together – giving rise to another problem of delivery. Kate is one of our new merchants who sells handmade handbags out of Akure. When she got orders for three units from a buyer in San Francisco, she was so ecstatic she called her friend who helped set up her page on our platform. Before then, the farthest Kate had sold her goods was in Lagos via an aunt who often visited her mum. We have restaurants shipping orders across states and this is good. The entire transaction is electronic and this is also good. However, to scale to full adoption of mobile money and digital payments, financial inclusion has to be at the front and centre.

Unlike Kate, a lot of micro businesses are unable to move their businesses or payments online because they run cash in-cash out systems. This means they rely on the proceeds from daily sales to restock for the next day and to cater to their daily needs. They cannot afford the luxury of next day settlements, which is the current method employed in digital payments systems. The inability to save a substantial amount over a period of time also means they are unable to scale their businesses unless there is a credit intervention. The majority of those in this population block are not served by traditional financial providers and have been excluded from accessing basic services including loans. All these factors contribute to the distrust of many low-income individuals in formal financial institutions. While a portion of these sectors are able to find comfort in the service lines of Microfinance Institutions, a larger percentage, due to their business models are still unable to access the necessary financial facilities to grow their businesses.

Nigeria’s inability to leverage digital technology systemically is not just a low-income people issue, it is one that cuts across all sectors; from education, to agriculture, commerce and healthcare and will take a while to change. For example, the Federal Government under its National Social Investment Programme Conditional carried out its Conditional Cash Transfer programme by physically distributing money to vulnerable households across states as a way of cushioning the effect of the pandemic. It would have been a good opportunity to leverage this exercise (which began in 2013) to deepen digital money adoption among the underserved. A case in point is in Abuja, where although there are 5000 beneficiaries, only 190 people were reached in a day. This means there needs to be a systemic change starting from the top. It’s also important to note that while the current pandemic affects everyone, it has a disproportionate impact on the lower-income population, a segment that is already socio-economically marginalised.

Another opportunity for the government to improve on its 2020 initiatives including financial inclusion can include further partnerships with the Fintech ecosystem as a delivery agent for these policies. For instance, the Central Bank of Kenya partnered with Safaricom, Kenya’s largest telco, to waive transaction fees on money transfers less than $10. This resulted in a deepening of mobile money usage and adoption as the Central Bank reported more than $1.5 million additional users pivoted to mobile money and 80 percent of transactions were within the band of the fee waiver – a clear indication of adoption of low-income households. Following this, the bank expanded the initial three-month waiver to run through the end of 2020. By working with Fintechs and banks, the Central Bank will be able to provide an opportunity to grow both adoption of digital services while providing an opportunity to improve on identification of Nigerians aside the use of the BVN (Biometric Verification Number).

In March 2019, in a similar move to increase digital adoption, Ghana implemented policies and initiatives that saw a rise in active mobile money accounts – almost 15m users. While the adoption of mobile money is novel in Nigeria, alternative payment channels are not unfamiliar to the average Nigerian or the financially vulnerable Nigerian. Experts argue that by focusing on the vulnerable and building financial solutions benefitting their case studies, there could be similar growth recorded as its sister countries. Some argue that cost of service is critical to scaling digital money which is usually solved by scale, but scaling digital payments will only be spurred via partnerships. The stakeholders such as the government should create policies that prioritise and incentivize young businesses to scale and succeed. Bundling of services, providing tax rebates, and implementing zero fees on businesses of a certain age or transaction volume threshold will serve to fast-track financial inclusion of the vulnerable in the society.