Canada Day is celebrated by Canada as a public holiday.

Formerly known as Dominion day, Canada Day is a federal holiday celebrating on the 1st of July the enactment of the British North Americas Act of 1867. The celebrations commemorate Canada instated as a single country of 4 provinces. Also known as the Birthday of Canada marks the joining of the British colonies, Nova Scotia, New Brunswick and the province of Canada divided into Quebec and Ontario.

Canada was regarded as becoming an independent kingdom in its own right that day however an insight into the history states that at first the British Parliament kept limited rights of political control over Canada, slowly hedging away over the years until the last vestiges were ended in 1982 when the Constitution Act finally enacted the Canadian Constitution. Canada Day still differs from Independence day as there is still no exact date of clear independence.

Since 1958, the government has arranged for an annual celebration of Canada’s Birthday where originally the Canadian Secretary of State was in charge of the Co-ordination of events. The format of trooping of the colours on the lawn at Parliament Hill, a sunset ceremony, and Live band with fireworks was the main order of the day. However since 1980 seed money has been distributed by the government of Canada and now popular and amateur activities are organised in hundreds of communities by volunteer groups to mark the day. The sovereign Queen Elizabeth 2nd has attended many times including the Canada Day centennial.

Many people celebrate July 1 with family and friends, having picnics and barbecues. Many towns and cities organise parades, funfairs, concerts and parties. Although the 1st of July is officially Canada Day since 1982 July 1st, if this date falls on a weekend workers and scholars still receive a holiday day on the following Monday.

July 1 for Canadians overseas is also recognised throughout the world and many enthusiasts celebrate in other countries creating their own style of celebrations. In Trafalgar Square in London many Canadians flock to enjoy their day of Canadian independence together with fellow citizens and friends outside the Famous Canada House. 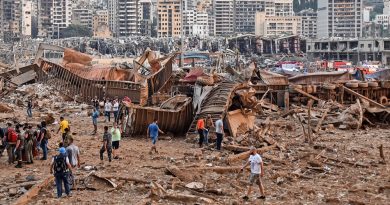