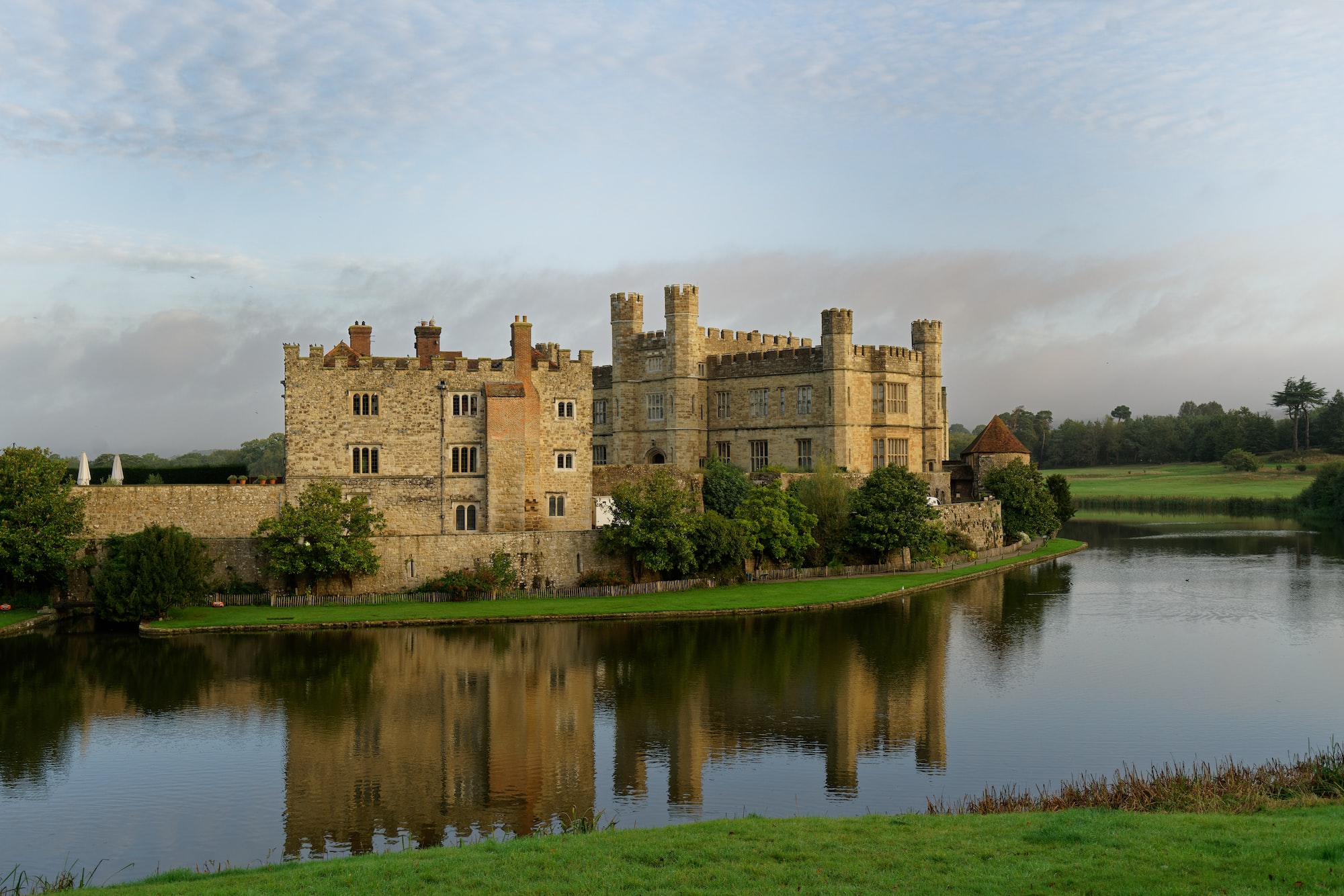 Wow, lots of green in the charts – I forgot what it’s like to have Crypto give me dopamine hits 😂.

This week we’ll be talking about:

“A strong ability to defend established markets against new competitors is essential for a sound investment.” Phil Fisher

How Can Protocols Defend Itself?

Back in the day, Castles were targets. And one way the Castles learned to defend themselves was by digging ditches around it, and filling it with water.
​
(Fun fact: Moats never had alligators in them. There’s no way they’d survive)​

Well, it’s harder to invade a castle when it’s surrounded by water, the bridge is up, and arrows are shooting at ya. The moat helped the castle defend itself.​​

Protocols and dApps operate like businesses. And anytime a company is successful, there’s going to be competition. It has to defend itself from all the copycats to survive in the long term.​

So one framework that helps me evaluate protocols is to think about moats – this is even more important in crypto where it’s so easy to fork code.​

What Are Moats: Moats are competitive advantages of a company (or protocol) have that cannot be easily mimicked by competitors. Hamilton Helmer’s “7 Powers” is an excellent framework for identifying moats. (He refers to them as Powers)​

There are only 7 powers in business:

In many businesses, per-unit costs decline as the volume increases. So, achieving high-volume is a competitive advantage.​

Take McDonald’s. While buying raw materials, they have the scale economies to negotiate for rock-bottom prices. On the other hand, a small burger restaurant can’t compete in the pricing department.
​
(It has to use another strategy. For example, ShakeShack avoided direct competition by going gourmet)​

Crypto Example: Bitcoin mining. As $BTC’s price rose, many big players entered the mining game. They have scale economies. You can’t compete with a small boy operation.
​
This started to create centralization issues, and it’s part of the reason why Ethereum transitioned to Proof of Stake.​

To just write the code for an app like Tinder, it’ll cost around 50k. But it was sold for $3 billion. Why?

(Imagine a Tinder for Crypto investors. I sure as hell wouldn’t use it – complete sausage fest)​

Crypto Example: Ethereum. Some Alt L1s are faster and cheaper than Ethereum. Still, they face an uphill battle against Ethereum due to their network effects.

This is power reserved for newcomers who creates superior business model. The incumbents can’t adopt it – trying to do so will cannibalize parts of their business.

Kodak invented digital cameras in the 1970s, but they didn’t pivot. They were hesitant to cannibalize its cash-cow businesses in film photography.

Stock photo companies know A.I. photos are the future, but adopting it would kill their existing business model.​

Crypto Example: MusicNFTs. They will offer a much better experience for artists and fans. Record companies can capitalize on this potential. But, they won’t. It’ll cut them out of the picture.

For example, I use only Apple products. Quite a few of my favorite apps are iOS only. It’ll be difficult for me to shift from Apple to Android. Doing so would mean that I’ll have to learn too many new softwares.

That’s the power of Switching costs.

Crypto Example: MetaMask dominates web3 wallets. It’s a pain in the ass to switch over and set everything up again. People are so used to Metamask at this point.​

​People trust good brands. And that is a competitive power.

​Crypto Example: Bored Ape Yacht Club. Anyone can create a 10k PFP collection, but one brand is in a league of its own. Fueled by celebrity endorsements and pop culture, BAYC has gone mainstream. The brand helped them sell $300m+ of virtual land.​

Preferential access to limited and desired resources is a huge competitive advantage. Empires fought over spices, salt, silk, and gold. The modern world is fighting over oil and semiconductors.

DeFi protocols are fighting for liquidity. The Curve wars exemplify this.

Crypto Example: Curve controls so much liquidity in DeFi. Acquiring veCRV tokens (and Convex) allows you to vote on which Curve pools more rewards. So protocols fight for veCRV tokens because it can increase their token’s liquidity.​
You have protocols such as Frax Finance and Redacted Cartel trying to acquire valuable governance tokens. This gives them power.​

Mastery over a superior process is itself a form of power. This will result in improved product and lower cost.

In crypto, it’s all about creating processes for lower fees and more efficiency.

These are the 7 forms of power identified by Hamilton Helmer. This will be helpful in evaluating long-term investments. However, this will NOT be helpful in short-term shitcoin trade.

The Liquid Staking Wars are Coming

Last week, we shared several narratives we’re looking at in 2023 – one of them was Liquid Staking Derivatives.

And they’ve been pumping the past few days!

Even though I touched upon it briefly last week, I want to take a deeper dive into it.

What Are Liquid Staking Derivatives (LSDs)? On 2022 September 15th, Ethereum transitioned from Proof-of-work to Proof-of-stake (PoS).​

In PoS, $ETH is staked for running the Ethereum network. You get rewards for staking $ETH. But, there’s a small problem. Once you stake your $ETH. They’re stuck – you cannot transact, trade, or use it as a collateral.​

You can deposit your $ETH with a Liquid Staking provider. They will take your $ETH and stake it. In return for your $ETH, you will get a token that is liquid.​

A few examples include:

Why are they pumping now: Remember The Merge? There was something I left out about it. When they transitioned to PoS, they didn’t enable the withdrawal of staked Ether. They pushed it to a later upgrade.

Details on the Shanghai Update: If everything goes right, it should happen in March 2023. The highlight: it enables withdrawals of staked Ether.

Here’s why that’s a big deal:

​Lido is not a fully decentralized staking protocol. It only has around 30 whitelisted validators. This is a problem. Once withdrawals are enabled, people might take their Ether to more decentralized alternatives such as Rocketpool.

​Other protocols such as StakeWise look good from a numbers perspective. Much of the competition will be determined by who manages to attract new stakers.

We have entered the phase in which this narrative is blowing up. Even though these are good bets in the long-term, there’s a high probability that Shanghai upgrade is going to be a sell-the-news event.​

Amazon Web Services announces partnership with Avalanche. Their aim is to bring blockchain technology to enterprises, institutions and governments.​

Twitter is developing a “Coins” feature. This will allow users to reward individual tweets with “Coins”. These coins can be purchased with Fiat money.

Huobi was facing intense pressure this week. A spike in withdrawals, layoffs, and rumors led to this FUD. On Jan 6, almost $61 Million was withdrawn from the exchange.

Gitcoin is starting an ‘Alpha’ round to test the decentralized funding protocol. This will run from Jan 17 to Jan 31.​

Consensys opened up testnet for its zkEVM. Currently, this invite is limited for people who had signed up for its waitlist.

Yearn Finance releases Permissionless Vault Factory. This will allow anyone to create a vault. Vaults are used to deposit a crypto asset to accrue yield through various investment strategies.​

Curve Finance overtook Uniswap in terms of Total Value Locked. However, this doesn’t mean Curve dominance. While Uniswap has 440,000 unique active wallets, Curve only has 13,700.​

AI-related tokens are making waves in the market. The cause is the hype surrounding tech such as ChatGPT. I mentioned last week that I think Crypto A.I. projects are bullshit imo – lots of scams trying to capitalize off of A.I.. Forex Education Is the Holy Grail for Forex Trading for Beginners: Join the Top 4% of Traders 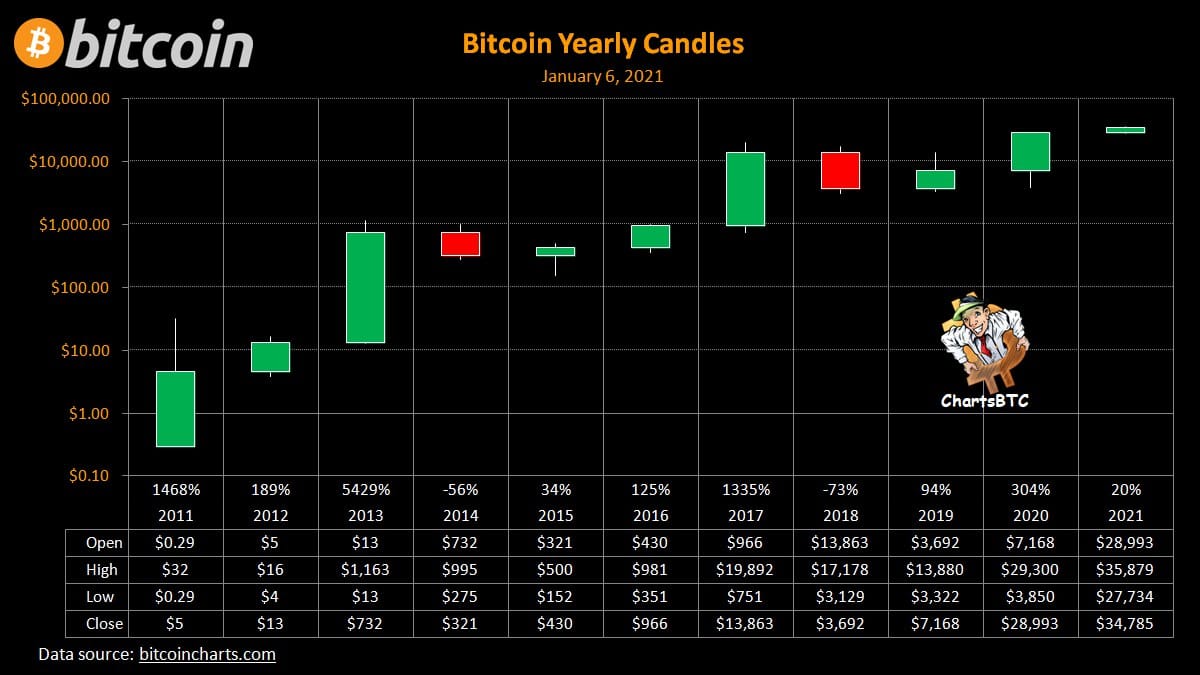 How to Buy Bitcoin – Step One 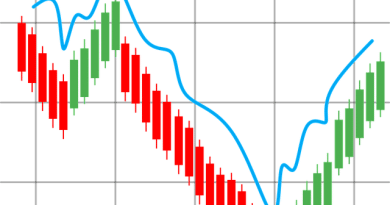