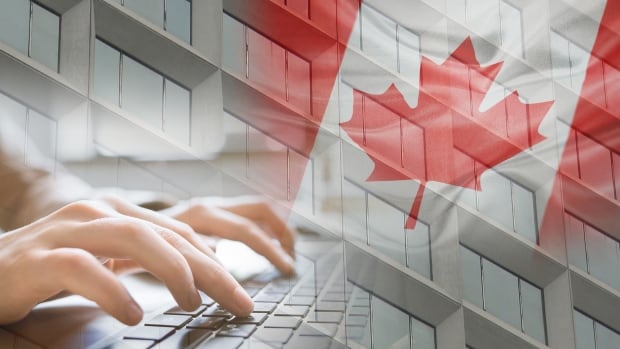 Bullying, harassment, conflict of interest. Current and former federal employees are speaking up about what they say is a toxic, hostile, and unsafe climate within a team at Indigenous Services Canada.

Sources have told CBC/Radio-Canada they feel humiliated, demeaned and bullied by the regional executive director, Debra Keays-White, who supervises all activities and staff of the  First Nations and Inuit health branch in the Atlantic region.

They also said staff are unwilling to speak up because of Keays-White’s role as a manager and also because her husband is facing allegations of harassment, including of a sexual nature, in the workplace. Leslie Keays-White was indirectly supervised by his wife before being reassigned to a different position.

A workplace assessment was launched in mid-October by a senior official at Indigenous Services Canada.

“It has come to my attention that some concerns have been raised within the First Nations and Inuit health branch in the Atlantic region,” Keith Conn, the acting senior assistant deputy minister, said in an English-only email to the management team obtained by CBC/Radio-Canada.

“This workplace assessment will lay the foundation to properly address these concerns and to support the management team in their efforts to move positively forward.”

Earlier this month, managers in the health branch met individually with third-party consultants hired by the department to discuss their work environment and workplace relationships.

In reporting this story, CBC/Radio Canada has agreed not to use the real names of all but one of its sources because they fear reprisals.

A ‘micromanager’ described as ‘abusive’

“I’ve seen her treat some of the staff, you know, in a way that I definitely would not treat a person,” said Martha, a former employee, who described her experience at the health branch as ‘the worst’ experience in her career.

She recalled one incident where Debra Keays-White spoke to an employee in a negative way. “I couldn’t really get [the sense] of what they were saying, but Debra was being very aggressive in the way she was talking to her. I could tell by her non-verbal that she was upset.”

When Martha left the office in 2017, she complained about the management style of the Atlantic region’s senior manager to Valerie Gideon, who was then assistant deputy minister. Martha told her she was unable to continue another day in her role because her “well-being was being compromised.”

I was a victim of intimidation and psychological harassment and abusive behaviour by my superior Debra Keays-White.– Chanelle

She told senior department officials in Ottawa that the Atlantic workplace was “toxic and is supported and maintained by Regional Director Debra Keays-White, who has created an empire that serves to eliminate anyone who challenges her or her husband.”

“When it came to decision-making or anything like that, we could expect that our decisions could be overthrown by the upper management team, specifically Debra. Everything absolutely had to go through her.”

Another source, Chanelle, said her experience was like “a nightmare”  and the organization abused her good faith. The longtime public servant sounded the alarm last year, in a letter to Seamus O’Regan, who was then minister of Indigenous services. Prime Minister Justin Trudeau was copied on the correspondence.

Chanelle described her letter to O’Regan as “a last resort” and said she did not get a response of any kind. She said in the letter that the workplace gave her health problems and anxiety because she was dealing with an “abusive manager who created a situation of constant psychological harassment.”

A former senior official who worked with Debra Keays-White in Halifax a decade ago alleges the regional director used similar intimidation tactics at that time.

“She would sometimes tear their work to shreds in front of people, saying this is useless, this is no good for me,” said Jim Millar, who was associate regional director of the branch from 2009 to 2012.

There is a profound mistrust among some of the staff and towards management to the point that some people no longer want to speak to each other without the presence of a witness,– Fact-finding report

Now retired, the former second-in-command of the team — it was under Health Canada rather than Indigenous Services at that time — said in an interview that he was not surprised but disappointed to learn the climate is apparently still “tense” today.

Millar said this is not the first time the federal public service has undertaken a workplace assessment after complaints about management.

Millar said employees participated in a similar exercise in 2010.

“The staff were not happy,” he said, but nothing was done to resolve the situation. “They had said that staff would be informed at some point of the overall results, or the basic results. To my knowledge that never happened.”

Unhealthy climate not just in Halifax

Problems related to the work environment have been reported elsewhere in the Atlantic region, and not only in Nova Scotia, where the regional director is based. Some sources talked about situations that occurred in New Brunswick as well as Newfoundland and Labrador.

In Newfoundland and Labrador, the work climate has been difficult for a long time, especially at the Labrador health secretariat, also known as LHS, in Goose Bay. There, too, a third-party organization looked into labour relations a few years ago.

Conn, the acting assistant deputy minister at the time, commissioned a fact-checking exercise in 2016 in response to concerns raised by employees about the work environment at the secretariat, which Keays-White was supervising as head of the health branch.

In the final fact-finding report, the conflict resolution specialist who led the interviews with the employees explained there was a history of unresolved management issues at the Labrador  office, which employees described as dysfunctional.

“There is a profound mistrust among some of the staff and towards management to the point that some people no longer want to speak to each other without the presence of a witness,” according to the report obtained by CBC/Radio-Canada.

One former employee alerted senior department staff in Ottawa to what she described as “12 years of bullying and abuse at the LHS office by the Regional Executive, some directors and some co-workers.”

Millar believes the Ottawa officials have been aware for a long time of the toxic work climate in the Atlantic region offices but have closed their eyes to it. He said that in 2010, “people knew and were not willing to do anything about it.”

A wife-and-husband relationship at work

Although numerous sources criticized Debra Keays-White’s condescending attitude, paternalistic tone and leadership style, they also pointed the finger at her personal relationship with Leslie Keays-White, who is the subject of allegations of harassment in the workplace, some of which are sexual in nature.

During the summer of 2018, the Indigenous Services’ human resources department acknowledged the personal relationship of the couple does constitute an apparent, if not a real, conflict of interest.

It actually baffles my mind to think how long this has gone on and has not been addressed.  – Martha

“There is concern about the existence of preferential treatment, or at least the perception of it, as your wife manages a team of managers and employees that includes you,” the director of human resources wrote, adding that Leslie Keays-White may not be supervised by his wife. The HR director suggested a change in the reporting relationship.

A few months later, in the fall of the same year, an internal email announced that Leslie Keays-White, a community development and liaison officer, would be working as the public health innovations projects co-ordinator and that he would be supervised by Ottawa.

Sources criticized Leslie Keays-White’s attitude and behaviour at work, including his derogatory comments about women.

During her time on the team, she said, her female colleagues expressed concerns about Leslie Keays-White’s behavior towards them. Martha said she brought this to the attention of human resources but nothing happened.

There is a code of silence in the office, Martha said, because of its current structure and the relationship between the Keays-Whites.

“I had to leave because I didn’t feel like there was anything I could do about the situation even though I had tried.”

Martha’s reporting of Leslie Keays-White’s behaviour to officials in Ottawa in 2017 did not prevent other incidents. Radio-Canada was able to confirm harassment complaints, some sexual in nature, were filed against him.

Debra and Leslie Keays-White would not comment on the allegations against them. In separate emails, they instead referred a request for an interview or comment to the federal department’s media relations team.

Conn would not discuss his department’s response over the years to employee allegations.

“In order to respect confidentiality of any human resource matter and to respect the privacy of staff, it would be inappropriate to comment further,” he said in an email, also directing questions to the department’s media team.

Leslie Michelson, a spokesperson for Indigenous Services Canada, said the department “takes the health and safety of employees very seriously.”

In an email, Michelson said that under the Privacy Act, the department cannot comment on any specific situations or individuals.

Gideon, now the senior assistant deputy minister of Indigenous Services Canada, did not respond to emails requesting an interview or comment on the allegations. She was promoted to her position two months ago by Trudeau.

The one-on-one meetings conducted for the workplace assessment commissioned by the department took place between Nov. 2 to 13.

Indigenous Services Canada told participants the department will not be sharing a copy of the report.

“The data from the consultations will not be shared except in collated form in a confidential final report to me, in my role as acting Senior Assistant Deputy Minister,” Keith Conn wrote to numerous managers in mid-October.

Asked to explain this decision, Conn said the “interviewees will be provided a summary of themes and recommendations stemming from the interviews”.

Michelson later confirmed that “recommendations developed from this assessment will be reviewed and implemented as appropriate.”

Getting Rid Of Political Corruption in Washington DC – The Way to Clean House In Government?