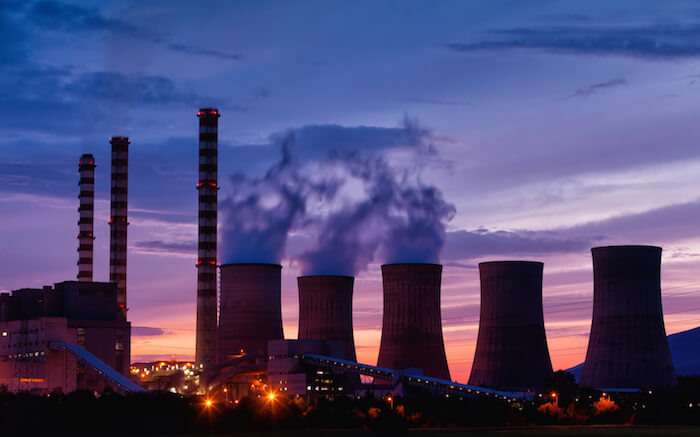 It is common sense that you cannot sell a product that you don’t have and cannot get from any available seller. Similarly, as Nigeria’s 11 Distribution companies (DisCos) increase metering of the population and repair their aged infrastructure, as the Transmission Company of Nigeria (TCN) improves beyond its current wheeling capacity of 5,400MW, and as gas supply increases, generation capacity will quickly become a bottleneck in spite of promises of 25GW by 2025. We have heard promises of an improved Nigerian Electricity Supply Industry (NESI) before, but for one reason or another, they never come to pass.

Generation companies (GenCos) are literally the “engine room” of the power value chain, and strategically reside in the middle of the chain. For this engine room to work optimally, gas producer and transport to the left must reliably supply gas fuel as needed without disruption, while transmission and distribution to the right must evacuate generated power to create room for more power to flow.

Clearly, without GenCos working optimally and with the capacity to reliably produce power in excess of what is actually needed by the DisCos, the country will run into deficiency as the gas side, transmission and distribution side get fixed.

Nigeria’s current installed capacity of 12,552MW generating capacity is well below the standard of a developing nation, and this primarily, amongst other factors outside the ambit of this article ensures that it remains a consumer nation instead of a producer nation, which it should be aspiring to.

For over a decade, installed capacity has remained relatively flat with a sustained actual generation of less than 4,000MW, which is a meagre 31 percent of the installed capacity. In a July 2016 report titled “Powering Nigeria for the Future”, PWC stated that Nigeria’s annual per capita power consumption in 2015 was 151kWh. Average power utilization of 8 developing countries including Sri Lanka at the lower end (588kWh), Vietnam (1,465kWh) and Egypt (1,877kWh) in the middle of the pack, and Ukraine at the top (3,234kWh) showed that Nigeria should have a power consumption of at least 1,213kWh.

Factoring population growth at the time of the report, it was expected that the average per capita power consumption of the 8 countries would grow to 1,818kWh by the year 2025, with Nigeria’s expected to increase to 433kWh. The expected growth in Nigeria’s number is so far not happening, even though its population has grown from 182million in 2015 to over 200million in 2020, further reducing the per capita power available to the population since the actual power available has not grown since 2015. Over a 15-year period from 1995 to 2010, Vietnam grew its per capita power consumption from 159 to 1,035kWh, representing an increase of 6.5times. Between 2005 and 2015, Vietnam with a population of 93.4million increased their generation capacity from 12GW to 40GW, i.e. a 236 percent increase.

Vietnam’s GDP per capita increased from $687.48 in 2005 to $2,085.10 in 2015 mainly due to industrialisation, while Nigeria’s grew from $1268.38 to $2730.43 in the same period mainly from oil and gas. A significant increase in Nigeria’s per capita power consumption of at least 6.5 times is therefore both feasible and viable in the country if a different approach is applied in dealing with the power sector.

It is clear that Nigeria must as a matter of urgency; grow its power generation capacity to at least 40GW by 2031. The current Siemens deal signed by the Federal Government promises to increase capacity to 25GW by 2026 by resolving some transmission, fuel and distribution issues, rehabilitating some existing ailing plants and adding about 7.6GW. This new 7.6GW would include the 4,000MW slated to be built by NNPC. It would therefore appear that yet again, we are doing the same things and expecting a different result.

Currently, the Nigerian Bulk Electricity Trading PLC (NBET) pays the existing grid-connected GenCos from 38 percent to as low as 11 percent for the power they generate. How can they invest more to organically grow our installed capacity? Further, the looming risk that the country will not honour agreements signed with businesses is a major discouragement to potential investors, such as some elements of the government calling into question the agreement signed with Azura Edo IPP, the only privately-owned world class IPP built in Nigeria in recent times.

It is not out of place for the curious Nigerian that cares about true growth of the country to wonder why it is believed that signing a “country to country” agreement between Nigeria and Germany is the silver bullet needed to solve our long-suffered power sector issues. Why do we continue to look overseas for solutions to the NESI when the best and possibly only solutions are staring us in the face? Nigeria’s continued search overseas is akin to a family that lives on the banks of a very clean stream but treks several kilometres each day to buy water from a man that collects the same stream water, bottles it and sells to them at a profit.

The solution to Nigeria’s generation problem resides squarely in completing the privatisation of the NESI. What obtains now is a NESI that is partially privatised, but still suffers from regulations and government influence that has stifled organic growth and private investment. The NESI regulators should keep in mind that they cannot regulate something that does not exist. They should therefore throw their full weight behind the private companies in the power sector and allow them to grow organically to better serve Nigerians.

Dr. Umeh is the Managing Director/CEO of Century Power Generation Ltd and the Group Chief Operating Officer at Nestoil Group.