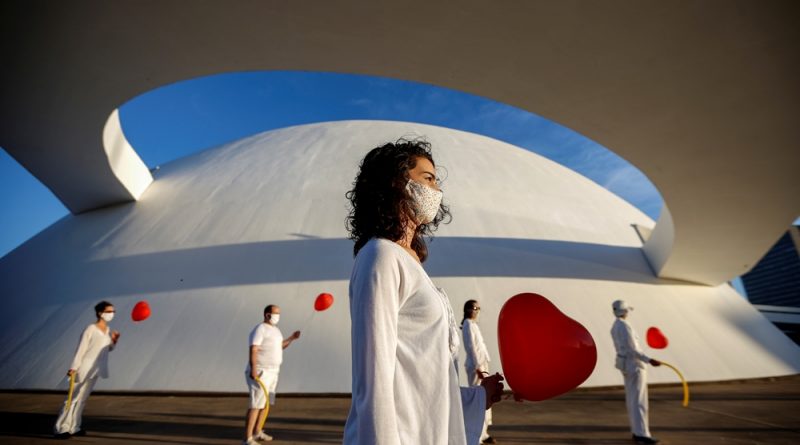 International
June 9, 2020June 10, 2020 Stan 0 Comments
LinkedInFacebookTweetPin
LiveChat will greatly increase the number of your satisfied customers. I've already tried it and I can recommend it as a go-to customer service tool! Sign up today for a free trial!

I am now handing the blog to my colleagues in Doha. A quick recap of developments in the past few hours: Deaths have jumped in Brazil where there is anger and confusion over the data being released, Pakistan hs reported its deadliest-ever day with 105 deaths from coronavirus, and Jakarta’s governor Anies Baswedan has told Al Jazeera he’s confident the Indonesian capital is in control of the outbreak there.

New Zealanders are enjoying their return to normal life after the last of the country’s coronavirus restrictions were removed at midnight.

Cities came back to life as people returned to their offices and browsed the shops with public transport crowded once again.

“People are shopping, dining and just hanging about holding hands,” Steve Price told the news agency from Wellington. “It’s so lovely to see.”

Not just light at the end of the tunnel: double rainbow on Day 1 of Level 1 (Waipu, NZ) pic.twitter.com/U46BKwZmgd

Pakistan has recorded its deadliest day of the coronavirus outbreak so far, with at least 105 people dead, according to Al Jazeera correspondent Asad Hashim.

The country also registered 4,646 new cases taking the overall number of cases to 108,317.

Pakistan has seen a sustained spike in cases since late May. In an address to the nation on Monday, Prime Minister Imran Khan said his government expected cases to peak in late July. He also defended his decision to keep the economy open, arguing that lockdowns were “not a solution” to the pandemic.

A US Navy investigation into the spread of coronavirus on board the Theodore Roosevelt has found 60 percent of the roughly 400 sailors on the aircraft carrier who volunteered to be tested had antibodies for the virus, according to Reuters.

All 4,800 sailors on the ship were previously tested for COVID-19 and about a quarter were positive. In April, the navy and the Centers for Disease Control (CDC) and Prevention began tests to look for specific antibodies to get a more accurate understanding of the virus’s spread on the ship.

Three officials cautioned that the results of the study, which could be released as early as Tuesday, could not be generalised to the entire crew. They noted the number of volunteers was less than half the 1,000 sought. Those who participated were also tested again for COVID-19 and asked to complete a survey.

One sailor died and a number of others were hospitalised as a result of the outbreak. The ship’s captain was also fired after a letter he wrote calling for stronger protections for crew was leaked.

US Navy relieves commander of coronavirus-hit ship over memo leak

Jakarta’s governor Anies Baswedan has told Al Jazeera’s Jessica Washington that he is confident coronavirus is under control and that the Indonesian capital can cope with a relaxation of lockdown measures that began on Monday,

The governor said that the situation was much better than in March and April and the authorities wanted to be at the stage where the city was “safe, healthy and productive”. You can read more of the interview here. 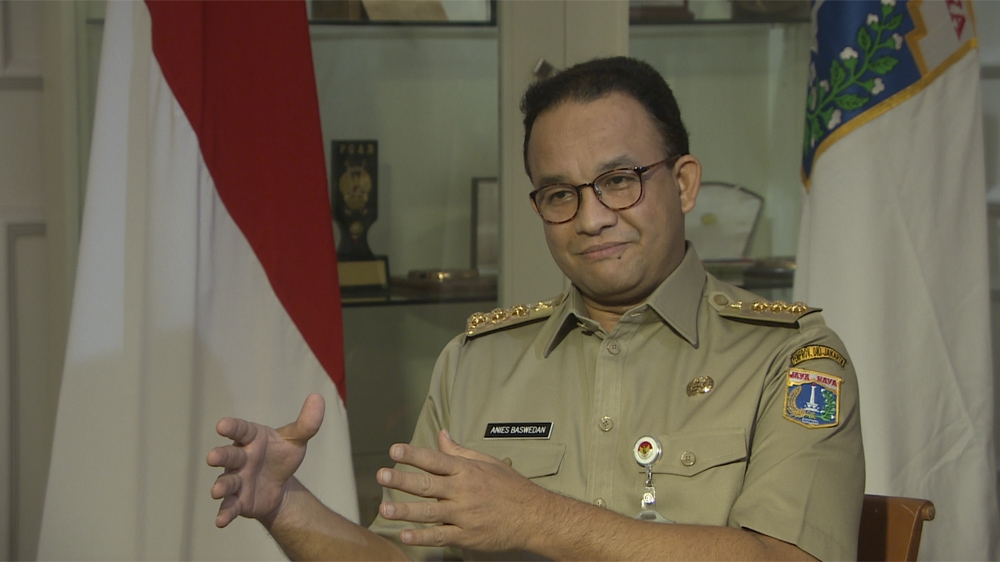 Venezuela’s government has said a shipment of humanitarian aid from Iran arrived in the country on Monday.

Most of the supplies were test-kits, Plann ing Minister Ricardo Menendez told state television. Iran’s ambassador said the materials would “strengthen Venezuela’s fight against the coronavirus.”

02:40 GMT – California cinemas could be open again on Friday

Cinemas in California could be open again by Friday if they follow capacity guidelines and other measures to curb the spread of coronavirus, and get the approval of local officials.

CInemas, which have closed all over the world, will have to limit attendance to 25 percent of capacity or 100 people, whichever is lower.

Movie studios are hoping enough cinemas will be open for a season of summer blockbusters with Disney’s hotly-awaited epic ‘Mulan’ slated for a July 24 release.

Researchers at the University of Washington estimate that 145,728 people in the US could die of COVID-19 by August – an increase of 5,000 deaths since their last forecast only a few days ago.

The US has confirmed almost 111,000 deaths according to data from Johns Hopkins University.

00:00 GMT – Antibodies found in more than half the residents of Bergamo

More than half the residents tested for coronavirus in Italy’s northern province of Bergamo have been found to have coronavirus antibodies.

Health authorities said of 9,965 people tested between April 23 and June 3, 57 percent had antibodies indicating they had come into contact with the virus. The results were based on a “random” sample that officials said was sufficiently broad to give an indication of how many people had been infected in the province.

Bergamo was at the centre of Italy’s coronavirus outbreak.

Brazil has reported 679 deaths from coronavirus and 15,654 new cases amid growing controversy about its data and allegations of political manipulation.

The Health Ministry removed data from its website over the weekend and stopped releasing cumulative totals in relation to the disease’s spread. In a statement on Monday, it said the changes were made because of mistakes in the dataset from two states that were later corrected.

The move has fuelled calls for an inquiry in a country where right-wing President Jair Bolsonaro has dismissed the virus as a “little flu” and raged against lockdowns.

“By changing the numbers the Ministry of Health covers the sun with a sieve,” said Rodrigo Maia, the speaker of the lower house. “The credibility of the statistics needs to be urgently recovered. A ministry that manipulates numbers creates a parallel world in order not to face the reality of the facts.”

Tijjani Muhammad-Bande, the president of the UN General Assembly, has stressed the importance of investing in health which he said was an “investment in human capital, social and economic development, and the empowerment of people.”

Read all the updates from yesterday (June 8) here.