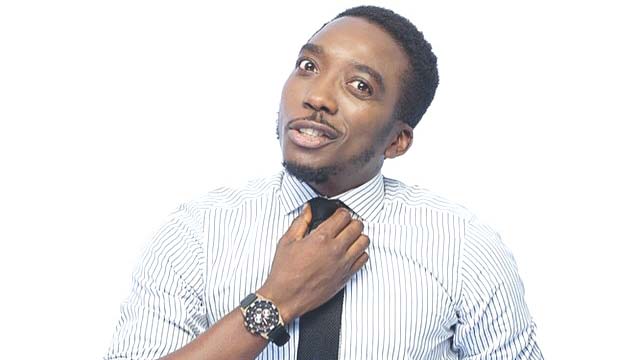 Abovi Ugboma, popularly known as Bovi, is a comedian, producer, director, actor and writer. He was born in Benin, Edo State, and holds a degree in Theatre Arts from the Delta State University. He began his career in 2007, and in 2013, he hosted his one-man stand-up comedy show, Man on Fire. He has moved on to hold several editions across the world. With successes recorded, Bovi is set to hold a 2022 edition of his Naughty by Nature comedy show in Lagos. He held two past editions in Warri and Canada. In this chat with IJEOMA THOMAS-ODIA, he talks about the peculiarities of his upcoming show and passion for his craft.

What is that creative process that makes you so excellent on stage?
I try to prepare as much as possible and give my best shot. I think that’s the thing about comedy, if you’re doing an expression; you have the ability to make people laugh and relax. When we started, we realised that its not just entertainment, it has health benefits for people to laugh and unwind. It’s a form of therapy. We should start putting doctors in front of our names. We want to make sure people get complete value for their money.

What is your take on comedians and ridiculing usually prominent people, which they consider as part of a joke?
I think every comedian has his own taste of flavour; the essence of comedy. What’s important is to first make people laugh, happy and relaxed. So, it’s up to the individual comedian to know how to go about it. But don’t forget that comedians are social commentators as well. People love to hear the truth in a humorous manner, sometimes it may not be humorous but people want to hear it in social commentaries. People who know me know that I always pass my messages partly humourous and partly my opinion. If journalists can write their views, a comedian can also express his view.

What challenges have you faced putting up this show?
Finance. That’s why I’m grateful to my team, and sponsors. It is expensive in Nigeria to do this. For example, what makes this year’s show stands out is that we are actually building a theatre inside Eko Hotel. There’s no cheap ticket. We are building a hall inside the hall. The theatre is like a Roman theatre. The sitting arrangement is in an ascending order, like that in a stadium, and the stage is immersed into the audience, so it’s like one big fellowship. I can’t wait for you guys to see it. And it’s a huge budget. The hall price alone can buy a house. We are just going after quality and making efforts for this show to fly.

Your projects have been outstanding. What should we expect from this show?
This time, you will get the jokes, as usual, very topical issues from Buhari’s eight years in government, to the local areas. When it comes to stand up comedy, all the things in entertainment industry. For the first time, we are deliberately recording for TV. Our team is working and making sure everything goes as planned. We are keen on making sure the show goes as planned. It is like a film production, because we are recording for TV. I’m trying to reach not just the Nigerian audience but also the rest of the world.

What key advice do you have for young people seeking to build a career path in the industry?
My advice to those seeking to come toward this career path is for them to stay true to themselves and keep working on their materials. When I came to Lagos, I came empty handed. I was squatting when I came. But I had this strong belief in what I had to offer and what I wished to get. What you plant, you will definitely harvest. I’ve always told myself to put it out there because I’m so passionate about what I want to do. Money is not the first thing in my mind when I’m trying to reach out to the world. I don’t think I should struggle to harvest, I should be able to just be under my tree and pluck my ripe fruits, if I planted well. So, I keep telling those who seek my advice to stay true to themselves, be inspired by what you like, and put it out there. It has become easy now through the social media. You probably don’t need a show, once you have your camera and a broadcast channel via instagram, snapchat and so on.

How would you describe your personality?
I think I’m still struggling to understand my type of personality, I cannot pin myself down to one personality. I love good things, I love to be calm, and so the ability to adapt is key for me. The only thing I want is to remain strong with the positive things I do. So my personality is ‘fruit salad’ because I like and find a bit of everything. I love life and I want to do the things that make me happy.

How do you view the industry so far?
I think it has been rough in some areas and smooth in some other areas. Stand up comedy is quite dicey because comedy has evolved from just making people laugh to discussing topical issues. Stand-up comedians are in the spotlight now; I think it’s a phase that we’ll pass. Most importantly, I hail every comedian that has held his or her own because it’s really not easy. To even get sponsorship for these shows is not easy and you need to have a blend of music and other acts. Nigerians like mixture. But I believe a time will come when comedy show will stand on it’s own because musicians have their concerts. Over the years, I’ve always tried to make my comedy special to remain special. 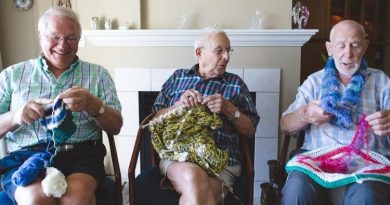