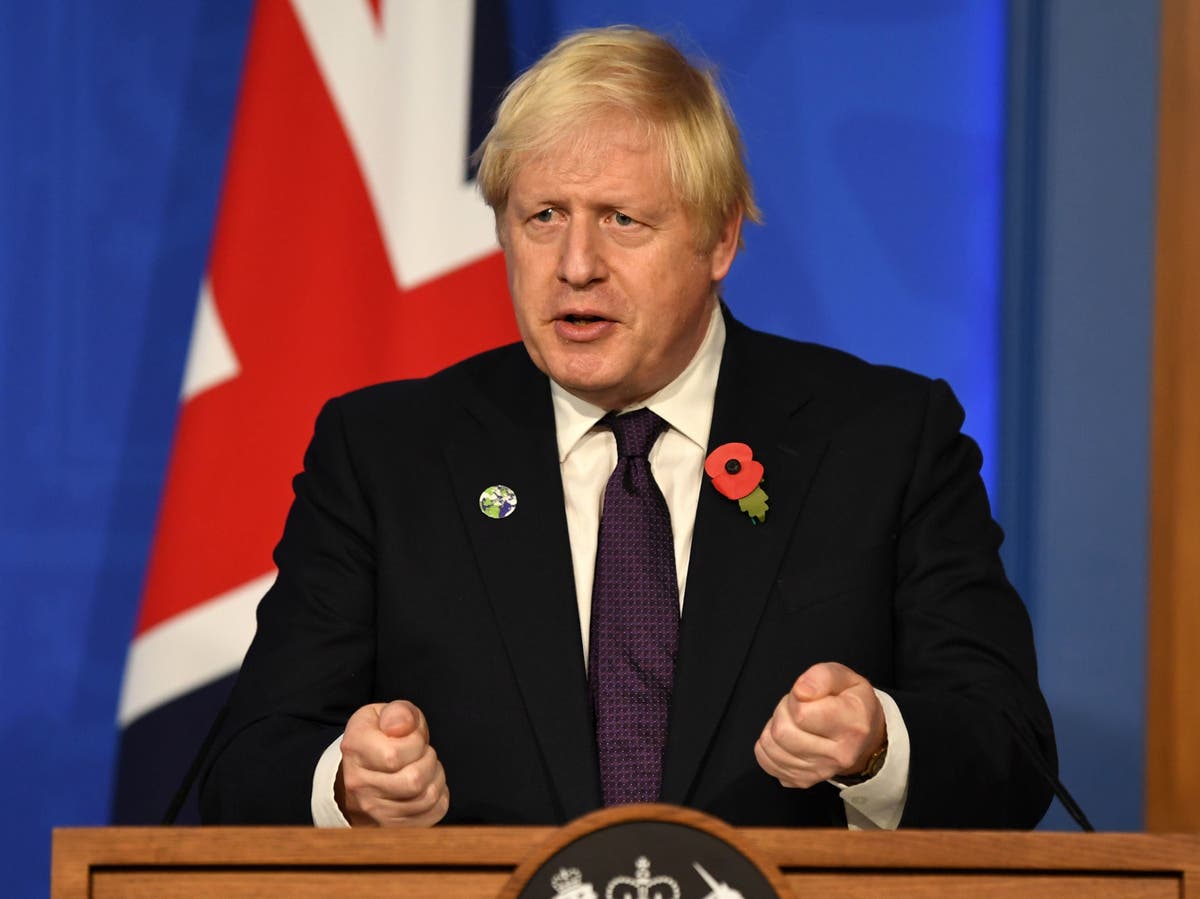 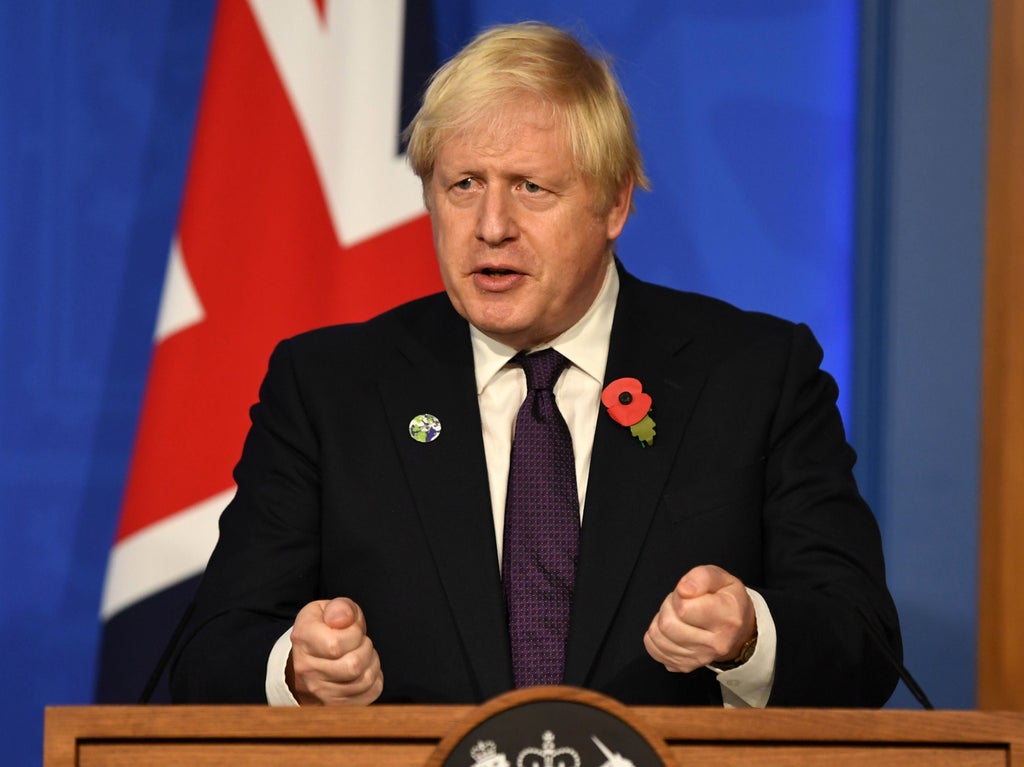 Brexit has led to UK firms paying tariffs on up to £9.5bn of exports – despite Boris Johnson’s claims of a “tariff-free” deal, an investigation has revealed.

In other news, MPs are set to vote on whether to scrap the controversial standards reforms that sparked Westminster’s sleaze row.

A motion to rescind the so-called Leadsom amendment, which looked to establish a review of the MPs standards investigation process and delay Owen Paterson’s suspension for breaking lobbying rules, has been tabled by Commons Leader Jacob Rees-Mogg for Monday.

It comes as the prime minister admitted for the first time that he could have handled the Paterson affair “better”.

Prime Minister Boris Johnson is currently giving a speech in the House of Commons on Cop26.

Tories will be ‘hammered’ at next election unless they regain trust, Cabinet minister’s aide says

The Conservatives will be “hammered at the next election” unless the party regains public trust, an MP and cabinet minister’s aide has warned Boris Johnson.

In an extraordinary rebuke, Bim Afolami branded the handling of the Owen Paterson lobbying scandal a “debacle” and a “pivotal moment of this parliament”.

Our deputy political editor Rob Merrick has the full story:

Boris Johnson insists he wears facemask wherever rules say to

Boris Johnson insisted he wears a face mask wherever the rules say he should do.

The prime minister – who was recently pictured on a hospital visit without a mask – told a Downing Street press conference it was “the responsible thing to do”.

“I wear a mask wherever the rules say I should and I urge everyone else to do the same,” he said.

“People have actually seen me wearing face coverings quite a bit more regularly as we have seen the numbers (of infections) ticking up in the UK.

“I think that is the responsible thing to do and I am going to continue to do it.”

The prime minister said: “What yesterday showed above all is that the British people will never be cowed by terrorism, we will never give in to those who seek to divide us with senseless acts of violence.

“And our freedoms and our way of life will always prevail.”

He said emergency services responded with “such speed and professionalism”.

But he added: “It is a stark reminder of the need for us all to remain utterly vigilant.”

Boris Johnson: Liverpool blast was a reminder of the need to ‘remain utterly vigilant’

British business chiefs have urged Boris Johnson’s government against a move to suspend the Brexit agreement with the EU, warning it could launch a “devastating” trade war in the weeks ahead.

Brexit minister Lord Frost said last week that the option to trigger Article 16 to suspend Northern Ireland protocol agreements remained on the table if “significant gaps” with the EU cannot be bridged, but appeared to seek to calm the row for now.

Boris Johnson has hailed the “incredible bravery” of a taxi driver caught up in the terrorist bombing outside Liverpool Women’s Hospital.

Speaking to reporters while on a visit to a medical centre in London, the prime minister said he could not comment on specific details because the investigation is ongoing but praised the taxi driver, who has been named locally as David Perry.

Watch and read his comments here:

Boris Johnson’s government has been accused of watering down proposals to upgrade train services in the north of England and the Midlands viewed as key to “levelling up” the country outside London.

The Independent revealed last month that the Northern Powerhouse Rail (NPR) plans were to be scaled back as the Treasury tightened its purse strings, with local transport chiefs warning that Liverpool, Manchester, West Yorkshire and the North East could miss out on improvements.

Matt Mathers has the full story:

The prime minister’s official spokesperson would not put a deadline on when talks would continue until but insisted the UK side was still keen to reach a “consensual solution”.

He said: “There are significant gaps between our positions and as we set out in the July command paper, we believe the conditions for Article 16 have been met.

“But again, we are going to be continuing talks, intensified talks, between the two teams to try and find a consensual solution.”

UK can ‘lobby and encourage’ other countries on climate commitments – No10

Downing Street said the UK can “lobby and encourage” but cannot force other nations to commit to climate promises.

The prime minister’s official spokesperson said: “But we will continue to keep the pressure on, that’s something that Alok Sharma will continue to do as his role as Cop President this year, to ensure those countries who have made commitments stand by them and those where we feel can do more, we will keep the pressure on to encourage them to come forward with further action.” 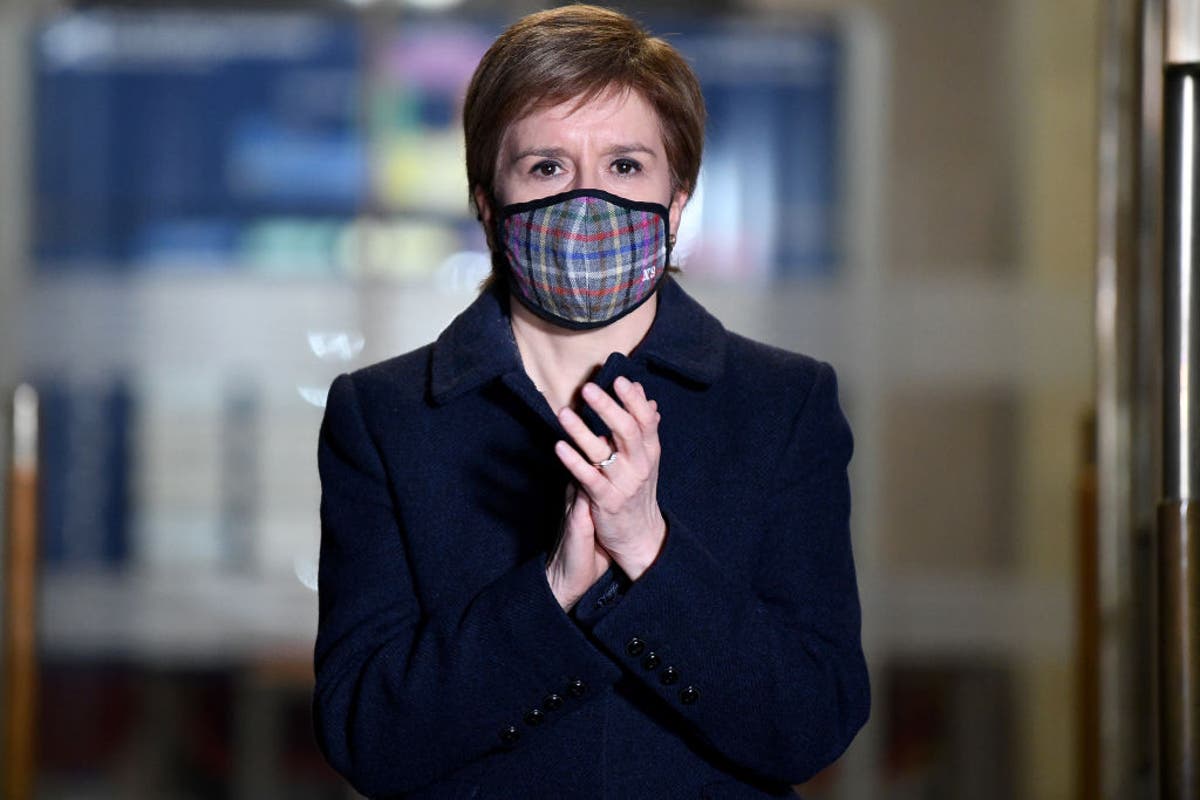 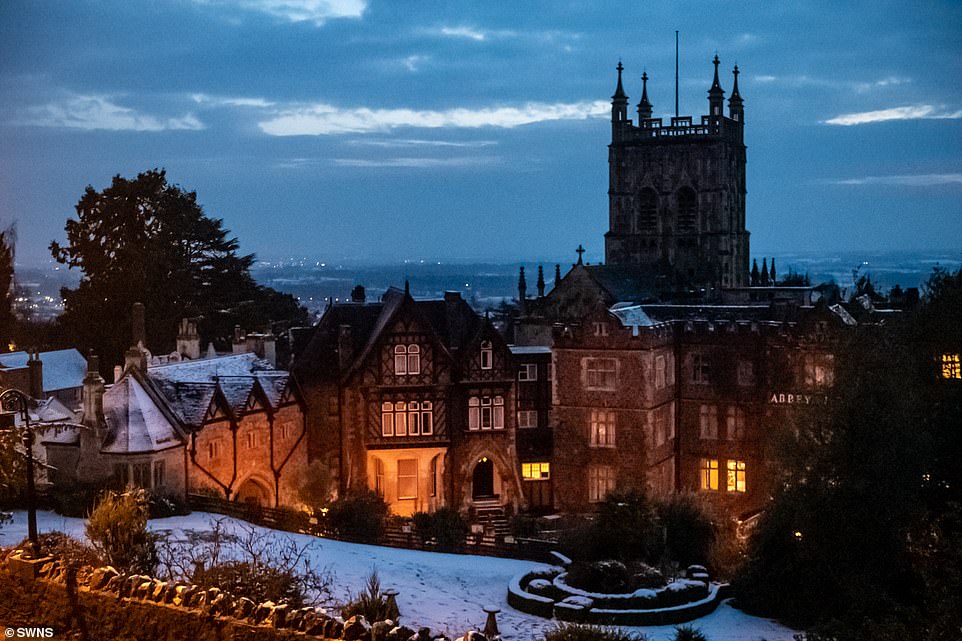