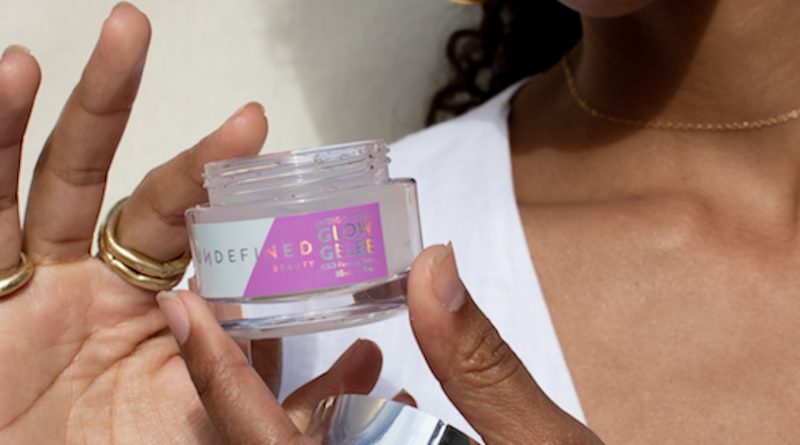 But one area of beauty and wellness that has faced even more stigma and bias for founders of color is cannabis.

Since the Agriculture Improvement Act of 2018, better known as the Farm Bill, passed in December 2018, a flood of CBD brands landed in national retailers. Ulta bet big on Cannuka in stores, while Sephora followed with Lord Jones, and more recently added Prima, Saint Jane and Flora + Bast through its CBD standards initiative that launched in February. CVS, for its part, went wide with Sagely Naturals. Despite the flood of brands available to stock and retailers clamoring to make a statement through their CBD assortments, Black-founded brands have not had the same fanfare as their white counterparts. And this is even with the conversations around health, stress and anxiety swirling.

“There is a common theme with those brands. They were all built by white founders,” said Dorian Morris, founder and CEO of CBD-infused skin care line Undefined Beauty.

Like many Black founders in beauty and wellness, Morris said some of the aforementioned brands’ instant success had to do with access: “Many of those brands had access to capital or the access to the right networks. Prima, for instance, had a leg up because of its relationship with The Honest Company,” she said. But it also has more has to do with long-term “systemic” inequality.

“There is bias and subversive racism in that, if something is Black-owned, it means that it’s less than or it’s only for the Black consumer. So that means the business opportunity doesn’t feel big enough for some retailers,” she said. “Add in the perception of the ‘war on drugs’ — that Black and brown communities were dismantled because of it and, now, are being denied access to commercialization opportunities — and the conversation around being Black-owned in cannabis is even bigger and problematic.”

Kimberly Dillon, who is founder of CBD-infused wellness line Frigg and runs the hemp consulting collective Plant & Prosper, agreed. “There is no shortage of white founders that come to me with millions of dollars behind them and want to launch a CBD pain balm. They aren’t worrying about differentiation in product or branding, or that people will think they’re a ‘drug dealer.’ They don’t need to, because some uncle thinks they’re a genius and is bankrolling them, and because they have an in at CVS. Having those gatekeepers check boxes for you is an advantage,” she said.

CBD has been the harbinger of the larger cannabis beauty and wellness movement the last two years, and market research firm Brightfield Group estimates that in 2020, the U.S. CBD market is projected to reach $4.7 billion in sales, a 14% year-over-year growth rate. But, because marijuana possession is still illegal on the federal level, there were almost 700,000 marijuana arrests (which accounted for more than 43% of all drug arrests) in 2018, according to the ACLU. And despite roughly equal usage rates, Blacks are 3.7-times more likely than whites to be arrested for marijuana.

“The implicit bias is even greater, because companies are choosing to go with what is right in front of them versus truly navigating this murky CBD world,” said Dillon. While Dillion’s Frigg brand soft-launched in July and is focused on being DTC for now, she said that small Black brands aren’t in stores like Sephora or CVS out of the gate because of inventory, marketing and sampling capabilities, which require capital. “Retailers and partners being pro-actively anti-racist means setting up these Black-owned brands for success — that includes reevaluating everything across the value chain, the supplier side and lowering [inventory] orders for brands that can’t necessarily order 10,000 units,” she said.

But in the wake of Black Lives Matter and consumers demanding corporations take a stand on the issue, Dillon said Black founders in the CBD category can firmly separate the wheat from chaff. “If you’re not actively going to talk about Black Lives Matter, then I’m not going to actively spend my money with you,” she said.

Still, the pressure to get it right as a Black CBD founder is on.

“I’ve often felt like I have one chance, which is a very common theme in the Black community. These white male founders can raise a bunch of money and have it amount to nothing, but I don’t have that same privilege. I had to make sure that Undefined was a winner,” said Morris, who’s previously worked at Kendo Brands, Coty and Sundial Brands, and has a Harvard MBA. The retail relationships that Undefined Beauty has forged thus far were not through formal pitching, but through retailers who found Morris. That includes Kith and now Nordstrom through its Pop-In, where the brand launches in August.

Even Black founders who dabble in the CBD space are seeing overwhelming new interest from consumers, press, retailers and media, said Dr. Mia Chae Reddy, founder and CEO of Moroccan-inspired botanical beauty brand Dehiya Beauty. Dehiya sells a mix of skin care and color cosmetics, and four products incorporate CBD out of its 11-product assortment. It has seen sales skyrocket in the calls to action for Black-owned brands; for example, following a Cupcakes and Cashmere post that included Dehiya, the brand saw its lip and cheek tint sell out. It is now available for pre-order.

“My products are amazing, but the products are a vehicle to have larger conversations around beauty, race and identity,” said Dr. Chae Reddy. “Ten years ago, maybe you could stand behind anonymity, but in this day and age, people want to know who is behind the brand, the story of the brand and even the name. Now, the audience doesn’t need any warming up.”

Along with the other founders in this story,  Dr. Chae Reddy has seen an uptick in retail requests for Dehiya Beauty — she is talks with six companies and is also launching with Nordstrom’s Pop-In program in August — but is looking closer at “intention.” She said plenty of buyer emails and pitches went unnoticed pre-George Floyd, but those same merchandisers are now reaching out. “I very much appreciate a statement saying, ‘I don’t know what to say or how to do this,’ and acknowledging that they are fumbling through a lot of these racial and inequality conversations. But, I need partners that are going to invest with me,” she said. For example, Dehiya Beauty previously sold at Anthropologie, which recently came under fire for racial profiling. Dr. Chae Reddy said the retailer was not invested in education or sales training and, upon pushing back for in-store support, she was told two weeks later — just prior to Covid-19 — that Anthropologie was exiting the line.

“I think that was a case where they thought CBD was a hot category, but didn’t understand it. They did not ensure or care if it would succeed,” she said. “Now, I’m focused on my DTC, but with retail, I have to choose quality over quantity.” Morris said her situation with Anthropologie was similar.

The customer perception can also be a roadblock for Black founders in the CBD space since the “war on drugs” lingers. Rebecca Grammer-Ybarra, founder and CEO of wellness brand Homebody, only “came out” as a Black CBD founder a month and a half ago.

“Prior to that, no one knew Homebody was Black-founded. I was always very open and vulnerable on social media about my journey and experiences with our community, but I never showed my face,” she said. “I started to get anxious about the visual share. I noticed, on social media, especially, that the majority of the big players and CBD founders were white, and the very community that I built, that resonated with Homebody, were white. I know our products are amazing and they know our products are amazing, but will they still believe and support once they found out I was Black?” The business is just over a year old.

Since Floyd’s killing, Homebody has gained over 5,000 followers on Instagram, received an influx of interest from wholesale accounts and been “drowning” in pre-orders that will last through the end of August. It has also been featured by Self and  Beyoncé in her short list of Black-owned business alongside her new single ‘Black Parade.’

Now, Grammer-Ybarra feels “stepping into my power” as a Black CBD founder is all the more important as retailers, agencies and customers are eager to share their support.

“With all of the attention on Black-owned businesses I feel it’s about time … I’m grateful it is here now,” said Grammer-Ybarra. “Even though I may be feeling a bit iffy of the intent behind some of the motives, I am open to learn about the plans and strategies of the retail partners who want to partner with Homebody. The tables have turned, and we are now in the position to ask important questions, vet these partners and put them in the hot seat. We’ll be starting the hard conversations around social injustice, systemic racism and what part are they playing right now to make change.”