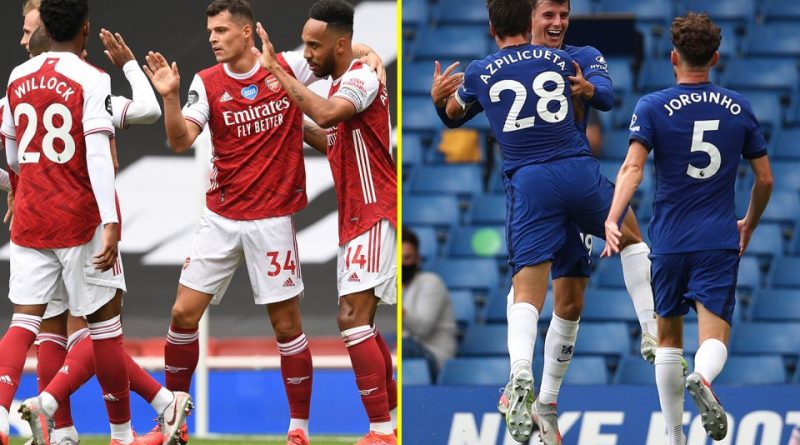 The last of Europe’s top five leagues conclude this weekend, while th FA Cup final also takes place, and not to forget the new Scottish Premiership season, which starts this Saturday.

For every weekend games are played, it also allows fans to make some extra cash. And in its usual tradition, Soccernet is helping by providing betting tips for some games slated for this weekend.

Atalanta vs Inter Milan: While both teams did not do enough to stop Juventus from winning a ninth consecutive, they’ll battle it out for a second-place on Sunday.

Just a point separate Inter (second) and Atalanta (third) ahead of their final day clash on Saturday. Should Atalanta win, they’ll secure their highest ever finish in Serie A. Gasper Gasperini’s side are also just two goals away from reaching a century in the Italian top-flight this season.

For Inter, there’s nothing to fight for other than the bragging rights.

Atalanta have won their last seven home matches (Serie A).

There have been over 2.5 goals scored in Inter’s last five away games (Serie A).

Inter have kept a clean sheet in their last three matches (Serie A).

Atalanta games are always full of goals, and this one should not be an exception (Atalanta or Over 2.5)

Juventus vs Roma (Serie A): There are three matches involving Italy’s traditional big teams on the final day, and Juventus against Roma is one of them.

The Old Lady once again showed their quality is above the rest as they sealed a ninth successive Scudetto. Roma, meanwhile, ensured a fifth-place finish with a win over Torino on Wednesday.

While there’s nothing to fight for, both teams would hope to end their season on a high.

Juventus are undefeated in their last 39 home matches (Serie A).

Juventus have won their last ten home matches against Roma in all competitions.

Juventus have scored at least two goals in their last 12 home matches (Serie A).

Both teams should have a go at each other, and that should result in goals. (Over 2.5)

Napoli vs Lazio (Serie A): Before the league went on break, Lazio were neck in neck with Juventus in the title race.

However, they capitulated following the restart and their title challenge faded. Nonetheless, they were able to secure a top-four finish.

In contrast, Napoli fortunes improved after the break, winning the Coppa Italia, although they’ll finish seventh irrespective of the result on Saturday.

There’s nothing other than the bragging rights for both teams going into the match, but Ciro Immobile will be fired up for this one.

The Italian international is on course to break Gonzalo Higuain’s scoring record in a Serie A season if he scores twice on Saturday.

Napoli have scored at least two goals in their last eight home matches (Serie A).

Napoli have won six of their last seven matches against Lazio in all competitions.

Napoli have won five of their last six home matches (Serie A).

There have been over 2.5 goals scored in six of Lazio‘s last seven away games (Serie A).

With Immobile chasing that record, this should be an entertaining encounter (Over 2.5)

AC Milan vs Cagliari(Serie A): Milan are the in-form team post lockdown. The Rossoneri have had an amazing run since the league resumed, and that has catapulted into sixth place.

Cagliari meanwhile have just one win in their last six games, but that victory came against Juventus on Wednesday.

AC Milan have won their last 14 home matches against Cagliari in all competitions.

AC Milan have been winning at both half time and full time in eight of their last nine home matches against Cagliari in all competitions.

There have been over 2.5 goals scored in eight of AC Milan‘s last nine games (Serie A).

Milan will hope to end their season on a winning note, but Cagliari will also have a go at them. (Milan win or BTS)

Arsenal vs Chelsea (FA Cup): This season’s final of the oldest cup competition takes place on Saturday with Chelsea taking on Arsenal.

Both teams saw off the two Manchester Clubs in the semi-finals with Arsenal beating Manchester City, while Chelsea got the better of Manchester United.

The managers of the two clubs played against each other, representing the same clubs. For Lampard, he’ll be hoping to win his first silverware as a manager after securing a top-four finish in his first campaign as Chelsea’s manager.

His opposite number, Mikel Arteta also took over affairs at Arsenal this season, but unlike Lampard, he was appointed midway through the campaign.

It’s Arteta’s first job as head coach although he was assistant to Pep Guardiola at City. Arsenal finished outside the European places and would need to win if they to play in Europe next season.

Arsenal are undefeated in 28 of their last 31 matches (FA Cup).

Arsenal have been winning at both half time and full time in their last four matches (FA Cup).

Chelsea have been winning at both half time and full time in five of their last seven matches (FA Cup).

This should be full of goals as they don’t have a quality defence. Arsenal are the most successful team in the competition and will need to win again if they want to play in Europe next season.

However, Chelsea’s quality should see them edge this one. (Chelsea or over 2.5)