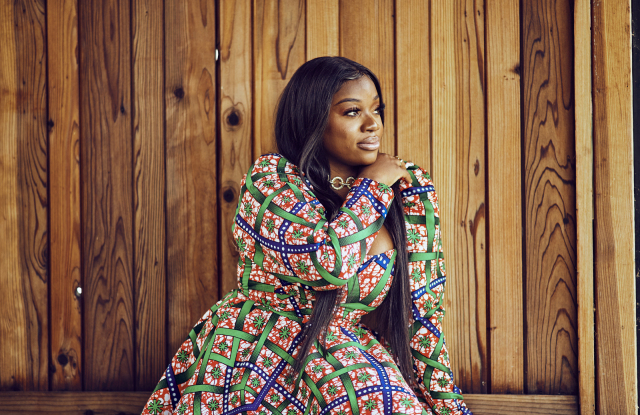 “We wanted to tell a story of Black creativity, pay homage to iconic moments of Black style, and amplify the work of these Black fashion innovators,” said Seales.

“The BETs are our Oscars, our Grammys, our everything, where we are able to show ourselves and have fun and show off,” said her stylist Bryon Javar of the 13 looks, using pieces from Pyer Moss, Romeo Hunte, Sergio Hudson, Sister Love, Brother Vellies, Grayscale, Bishme Cromartie, Dapper Dan-Gucci and more, and paying homage to iconic moments in Black style history, from Hilary Banks’ Nineties power wardrobe in “The Fresh Prince of Bel-Air” to Janet Jackson’s fierce “Rhythm Nation” outfit. “It made sense for this moment to celebrate Black everything,” Javar said.

Seales’ regal, off-shoulder, high-slit gown was custom made by Kameni, whose Lavie by CK men’s and women’s label incorporates West African textile designs into body-enhancing gowns, sundresses, jumpsuits, blazers, shirting and soon-to-be-released swimwear. The look was a nod to the 1988 film “Coming to America.” And in a full-circle moment, Kameni will have clothing in the sequel “Coming 2 America,” due out Dec. 18, with costume direction by Ruth E. Carter.

“I really hope, as other awards shows start to come back, we will see more Black designers represented — not just when it’s convenient,” said the self-financed Kameni, 26, last week at her Hollywood home office, adding that she hopes to show her collection in New York in September, and one day sell at Nordstrom.

Alicia Keys performed in a sleek black coat, bra top and jewelry sourced from the Slauson Swap Meet, the legendary South Central L.A. style and shopping center. “It’s a look of strength and mourning with a nod to Angela Davis,” said her stylist Jason Bolden.

And sisters Chloe and Halle Bailey rocked custom sexy-sporty black vinyl and white utility looks by TLZ L’Femme, styled by Zerina Akers, who also promoted the small, experimental Black-designed L.A. label on her  All Black Everything list “to celebrate companies that might not have access to certain markets or get the visibility their products deserve.” The list was shared on her client Beyoncé’s web site on Juneteenth.

Besides serving up Hollywood’s first mega-fashion moments since the pandemic, the 20th annual BET Awards were an opportunity to reflect on what could be for inclusion in fashion and celebrity dressing if Black designers are considered as a norm, not just for the moment.

A custom design by Lavie by CK for Amanda Seales.
Courtesy Photo

In the wake of the racial equality movement sparked by the killing of George Floyd, several initiatives have recently launched to advocate for more Black representation in fashion and support Black fashion professionals — the Black in Fashion Council spearheaded by Teen Vogue editor Lindsay Peoples Wagner and p.r. specialist Sandrine Charles, with more than 400 members; the Black Fashion and Beauty Collective for glam squads started by stylist-designer Jason Rembert and hair stylist Lacy Redway; the Kelly Initiative petitioning the Council of Fashion Designers of America to hold the industry accountable; the 15 Percent Pledge from Brother Vellies designer Aurora James asking retailers to buy more Black brands, and Akers’ All Black Everything list.

But much of the disparity comes down to economics. (BET founder Robert Johnson, for one, recently made the case for the U.S. government to pay $14 trillion in reparations for slavery.)

Without the same access to capital, Black designers have difficulty establishing and maintaining their own brands, garnering attention from legacy media titles (including WWD), and competing in the high-stakes red carpet game, which is typically dominated by luxury brands with the money to grease the wheels with payouts for managers, stylists and celebrities themselves.

“It is about investing in independent Black brands and designers. And it’s not just incumbent on Black investors. It’s incumbent on those who invest in fashion period,” said New York designer B Michael, who in 2019 became the first Black designer to dress an Oscar winner — Cicely Tyson — a fashion milestone that wasn’t covered by the mainstream fashion press.

Cicely Tyson and designer B Michael at the 91st Annual Academy Awards in 2019.
David Fisher/Shutterstock

Even when Black designers do dress celebrities for the red carpet, some say their accomplishments are overlooked.

“I designed at least four or five Oscars gowns for Samuel L. Jackson’s wife, LaTanya Richardson, and she said my name on the red carpet, but I never got the print,” said Los Angeles designer Angela Dean, who has been working since the Eighties, including a stint at Trashy Lingerie, where she created a cone bra for Madonna that preceded Jean Paul Gaultier’s but has not gotten the same recognition. In 2019, Dean cofounded the Black Design Collective to bring attention to bygone talents such as Ann Lowe, who created Jacqueline Kennedy’s wedding dress, and create opportunities for new talent.

On the red carpet, the rise of the celebrity stylist in the 2000s has been a blessing and a curse for inclusion. “When we started out, designers would dress stars, and make millions of dollars from the exposure,” said Dean. “Then it got to where brands started paying [stars], and paying the stylist to get the stars, and I wasn’t in that grid…Stylists were making $6,000 a day, they became bigger than the designers.”

But for younger Black designers, social-media savvy stylists have been a gateway to success outside the fashion system.

“She found me by my going viral,” Kameni said of stylist Karla Welch discovering Lavie by CK via Instagram, and reaching out for a custom dress for Tracee Ellis Ross to wear while hosting the 2018 AMAs. The style is still the brand’s best-seller. (Welch did not respond to a request for comment about the label.)

“You don’t have to depend on print and advertising if you have Instagram and dress JLo, but the struggle is still there. We may get the red carpet, but we don’t get the stores or the backing. And we don’t get respect from the industry,” said L.A. designer Sergio Hudson, who had his first show in New York in February, and has dressed Jennifer Lopez, Michelle Obama, Amy Poehler and more in his sleek, modern designs. “I’m an American sportswear designer going for the same client Michael Kors and Oscar de la Renta are going for, but when you enter that genre, there is a door closed.”

Some Black creatives are bristling at the sudden industry and media attention — often showered on the same group of people. “It feels very token. The CFDA has their picks — this is the cool designer, this is the cool organization,” said Hudson. “I’m tired of the popularity contest in fashion. It’s old and dried up.”

“I have put clients in a lot of things by Black designers, but it’s never been deemed important,” echoed Bolden, who works with Yara Shahidi, Ava DuVernay and Amandla Stenberg, among others, adding that as a Black stylist, he has not gotten the same opportunities either: “I have had managers and p.r.’s say to me, ‘I thought you only styled Black people.’ My name would never drop down when they were looking for someone for Cate Blanchett,” he said. “It’s not just our problem.”

Law Roach agreed, urging his white stylist counterparts to step up to hire and nurture Black assistants, and speak out beyond hashtags about how they are going to make the fashion industry more equitable. But he also acknowledged he has been “part of the problem.”

“I have made it part of my career, and gained some recognition with Zendaya, to find and help elevate smaller brands, most recently with Christopher Esber and Peter Do,” said Roach, who was part of the high-profile, two-season Tommy x Zendaya collaboration with Tommy Hilfiger. “In hindsight what I’m ashamed of, and heartbroken about is that I didn’t focus that energy toward African-American designers. That was me not paying attention, and not working as hard at shining a light on businesses that look like me.”

Amazon, Netflix, are you listening?

Law Roach and Zendaya in Tommy Hilfiger at the Met’s Costume Institute benefit celebrating the opening of “Camp: Notes on Fashion” in 2019.
David Fisher/Shutterstock 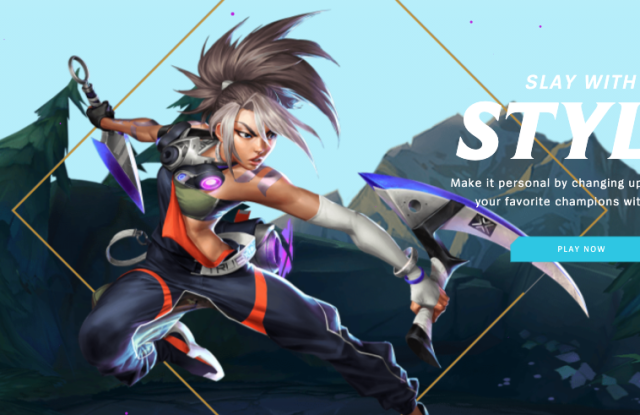 Why Luxury Brands Are ‘Putting on a Game Face’ – WWD