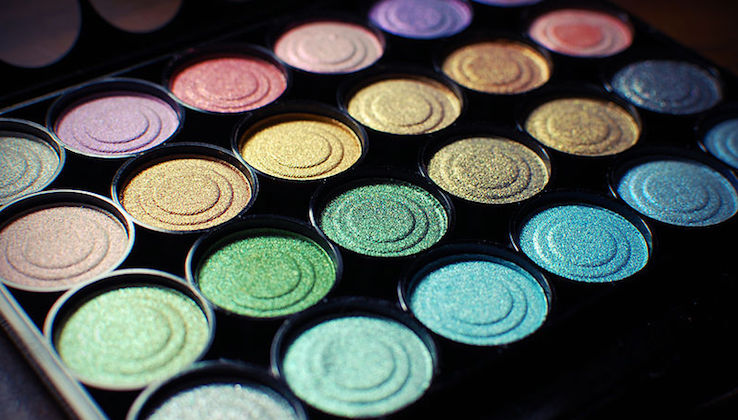 As the corporate world sees an outpouring of racial discrimination experiences being shared this week, beauty brands are beginning to respond.

Joining sectors like apparel, including Reformation and Adidas, and media with companies like Refinery29 and Bon Appétit, the beauty industry and its brands have been publicly called out by employees, and companies have been releasing public responses. These events come at a time when brands have expressed support for Black Lives Matter, but are under scrutiny for their practical level of support in terms of where they donate, what their diversity numbers are and now how their employees feel they are treated.

According to Cheryl Grace, the svp of U.S. strategic community alliances and consumer engagement at Nielsen, African-American consumers are especially tuned into these issues.

“The important takeaway to remember is that 42% of Black adults say that they bet on brands that they purchase to support social causes that are important to them,” she said. Among the total population, 26% said the same. “Blacks are not only paying attention to the brands that are now supporting this particular issue or cause, which is an important one, but they’re also [considering] how have they’ve shown up before.”

Milk Makeup posted a letter on its Instagram account from its co-founder Mazdack Rassi on Monday, stating that “former team members from the Black and POC communities have shared their feelings about experiences they had while working at Milk Makeup that are completely against my values and those of the company.” The statement said, “We are taking action.” A spokesperson did not elaborate.

While the brand did not specify which people or situations it was referencing, former employees have posted comments publicly on Instagram. One former employee, Edelawit Hussein, published a statement on her Instagram account stating that her “life was made a living hell” by the company’s CMO, Nicole Frusci, while working for the company in 2017 and 2018, citing several incidents. In one, she recounted that several employees would use African-American slang only with Black employees. She said that she was yelled at by Frusci after these employees reported her for not being “cooperative.” She also voiced several other experiences that she described as “problematic” during castings and promotional activities.

“In the last week, we at MAC Belgium have heard and reflected on raw and painful experiences courageously shared with us on social media,” said the statement. “We want to thank the individuals who have come forward and let them know how deeply sorry we are for the pain they felt and are still feeling.” The company said it was responding by continuing to reinforce a zero-tolerance policy for discrimination and would enact enhanced staff training. MAC Cosmetics’ global account released an announcement on Thursday showing its corporate responsibility efforts, including a $250,000 donation and 500% employee donation match to nonprofits fighting racial injustice, as well as diversity initiatives around hiring, career advancement, creatives and product assortment.

Employees are also focusing on company leaders’ political affiliations. Workers across MAC’s parent company Estée Lauder Companies created a petition asking for a larger donation than what the company has pledged, and the removal of Ronald Lauder from the Estée Lauder Companies board for donating to Trump. There are currently over 6,300 signatures.

In response, an Estée Lauder companies spokesperson said, “Last week, several employees asked whether a single member of the Lauder family and our Board represents the views of our company. The answer is no. As a company, we stand firm on the values in which we were founded: respect, equality and inclusion.” The company also released a commitment to racial equality on Wednesday, outlining multiple initiatives, including pledging $10 million in total donations and population parity for Black employees within five years.

“Because of how institutionalized and ingrained racism is in our country, so many Black Americans have never felt the license or felt that they were able to speak up about these things, because they feared for their job,” said Melissa DePino, the co-founder of From Privilege to Progress.

These events will have an impact on how brands are perceived by consumers, said Grace, as brands’ statements against racial injustice will ring hollow if their employees face workplace discrimination.

Lush employees, meanwhile, distributed a letter for individual employees to email to the brand’s corporate offices, urging the company to do more for the Black Lives Matter movement. That was in response to the company’s CEO, Mark Constantine posting that he had given care packages to the police. The brand has released a public statement on Instagram apologizing for “not acting sooner” and pledging to donate to related causes, but did not mention the employees’ statement.

As brands respond to employees publicly, experts say they need to be making real changes behind the scenes.

According to Grace, “it is possible to rebrand yourself” as a company when facing backlash, “but the important thing is to not do it as a quick fix. And once you get there, once you’re back to where consumers trust you again, that is not the time to cut your budget. That is not the time to step back and say ‘Oh well, we don’t have a problem anymore.’ It needs to be a continuous, focused effort.”