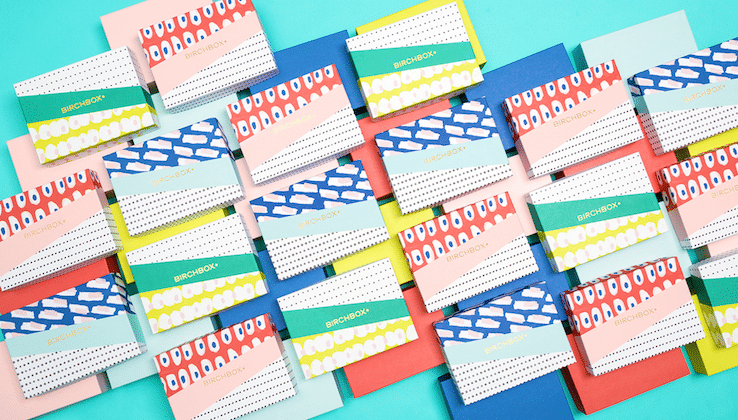 As the Stop Hate for Profit campaign gains momentum with over 120 brands now participating, beauty is stepping up to halt its advertising on Facebook and Instagram.

Unilever and Birchbox announced their participation in the campaign on Friday, joining a wide range of brands including Reformation, Patagonia, The North Face, Eddie Bauer, REI and Eileen Fisher, as well as Verizon and Ben & Jerry’s. Created by a group of organizations including Anti-Defamation League, the NAACP, Sleeping Giants and Color of Change, the campaign calls on brands to pause their ad spending on all Facebook properties for the month of July. CBD personal care brand Kush Queen is also participating.

The campaign’s specific requests include that Facebook establish and empower civil rights infrastructure in its C-suite, submit to third-party audits, and notify and refund brands when their ads show up next to content that violates its terms of service. That includes “language that incites or facilitates serious violence,” “organizations or individuals that proclaim a violent mission,” and hate speech or “attack,” which it describes as “violent or dehumanizing speech, statements of inferiority, or calls for exclusion or segregation.”

Birchbox is halting all of its ad spend on Facebook and Instagram for the month of July, foregoing advertising channels that make up a significant portion of the brand’s sales. It announced its participation in an Instagram post Friday, saying, “We want Facebook to acknowledge this demand for change and to commit to making the necessary changes on StopHateforProfit.org.”

Katia Beauchamp, co-founder and CEO of Birchbox, said, “We spend almost all of our money on Facebook, Instagram and Google; that’s really it,” with the majority of spending going to Facebook-owned businesses. She said that 60% of its sales are generated by paid media.

“What else is there in life [other than] standing up for things and taking risks in these moments?” said Beauchamp. “I think we’re a company that is a meaningful part of what changed the beauty industry, and we see that our role in the industry is to think about: What is the world we want to live in? What is the society we want?”

Personal care, beauty and food and beverage conglomerate Unilever announced on Friday that it will be pulling all its advertising for the rest of the year from Facebook, Instagram and Twitter. This includes brands like Dove and Dermalogica, as well as newly acquired Instagram-heavy startups like Dollar Shave Club and Tatcha.

“Continuing to advertise on these platforms at this time would not add value to people and society,” the company said in a statement. “We will revisit our current position if necessary.”

Meanwhile, Procter & Gamble, which has been vocal in the past about reducing spending to protect brand safety against inappropriate content, has not announced that it will join this campaign but said in an emailed statement it is reviewing ad spend.

Unilever is one of the biggest advertisers in the world, spending about $8.2 billion in 2019 on “brand and marketing investment,” according to the company’s annual report. It spent $42.3 million on Facebook ads in 2019, according to Pathmatics, which also found that it spent $11.8 million through June 25. It owns a variety of consumer brands including Lipton tea, Dove beauty products and the Axe line of men’s grooming products.

“Advertisers really have been raising the red flag lately,” on trying to get Facebook to address its hate speech problem, said Matt Rivitz, the founder of Sleeping Giants. “But with Facebook, they’ve got this monopoly, so they give these supposedly heartfelt, lukewarm pronouncements, and then they rarely do anything. They kick the can down the road, I don’t think it’s going to work this time. I think brands are finally just putting their foot down.”

Birchbox, like many digitally native beauty brands, is especially reliant on Instagram advertising. Beauchamp said that the brand advertises on Instagram “significantly more than Facebook.” She said the brand will be moving its ad spend to other digital platforms and formats, including programmatic.

Instagram has “the same problem as every other social network,” said Rivitz. “Extremists are going to try to recruit people. Most of the platforms have allowed them to do that because they’re trying to maximize engagement.”

On Friday, Mark Zuckerberg held a town hall addressing the campaign and announcing changes to its policies. On ads, it will “prohibit claims that people from a specific race, ethnicity, national origin, religious affiliation, caste, sexual orientation, gender identity or immigration status are a threat to the physical safety, health or survival of others,” but the company did not say it will ban these statements in unpaid posts.

Regarding posts by public figures it deems “newsworthy” that violate its terms of service, it will continue to leave them up but label them. The exception will be posts that “may lead to violence or deprive people of their right to vote,” which will be deleted even if made by public figures. Information about voting will include a link to a voting information center, which Zuckerberg said, “is not a judgement of whether the posts themselves are accurate.”

Stop Hate for Change said in a statement on its site that it is not enough.

“We have been down this road before with Facebook. They have made apologies in the past. They have taken meager steps after each catastrophe where their platform played a part. But this has to end now.” 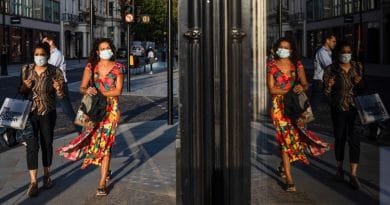 Is L.A. becoming the new beauty capital of the world?