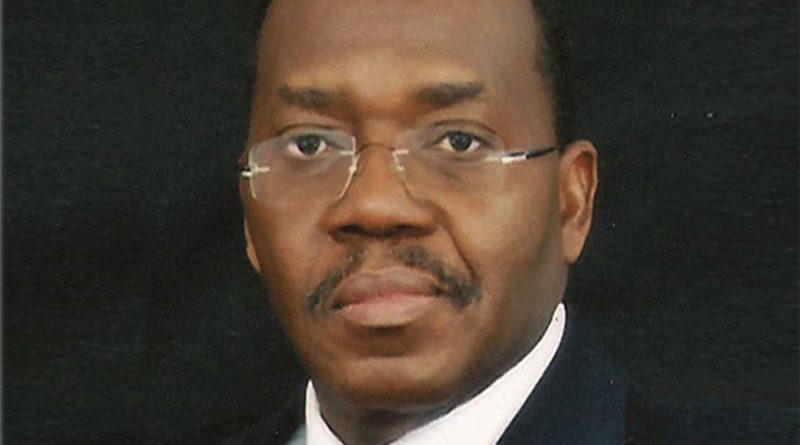 Igali made the declaration in a statement signed by him with the subject ‘My Quest to Represent the People of Bayelsa Central District in the Senate’ after obtaining his form at the National Secretariat of the All Progressives Congress, APC, in Abuja.

According to him despite the importance of this area in the State and Nigeria at large, most sections of the senatorial district are bereft of government impact and not even connected by road. The paradox is that, after 60 years, these heavily oil-producing areas can only be accessed by water transportation.

He also asserted that advantage to work with the Federal government at the center, which has begun to show great responsiveness to problems in the State including the reimbursement of N38.04 billion expended on federal roads by Bayelsa State government, the N20 billion recently released for the East-West Road, and construction of the 17-story headquarters of the Nigerian Content Development and Monitoring Board in Yenagoa.

He noted that also in Bayelsa, mostly in his constituency, there is planned construction of the Oloibiri Oil Museum and Research Centre, Construction of the Oil and Gas Hub in Bayelsa State, funding of the Azikel Oil Refinery in Gbaraun, construction of the Lubricant and Disinfectant Plant in Polaku, and construction of Home Gas Cylinder Plant also in Polaku, which he added that if all these are achieved in the past one year, he hopes to leverage on being part of the ruling party to bring more to the area, and this he believes is sound reasoning from which none can take a contrary position.

The statement reads in part, “Having parted ways with the People’s Democratic Party (PDP), I have not failed to take advantage of a very welcoming door for relevance and self-fulfillment offered to me by the All Progressives Congress (APC) at all levels. I, therefore, hope to contest the election under APC which I must say at present, controls the heart of the majority of the people of Bayelsa State.

“My decision regarding the APC platform is therefore in sync with the feelings of my people who have chosen that route, and it will be very much insensitive as one of their leaders to act otherwise.”

He also explained that “On the occasion of my 60th birthday, it was distinctively humbling to receive the amounts of goodwill messages that came from around the world regarding my public service. His Excellency, President Muhammadu Buhari, and many other leaders had referred to and commended my “over 30 years of selfless, sacrificial, and brilliant service to our country.”

National elder statesman and father of Ijaw nation, Chief (Dr.) Edwin Clark applauded my “great and incomparable service to the Niger Delta, the Ijaw nation, and Nigeria” and finally, the historical society of Nigeria of which I am a fellow and lifelong achievement award recipient stated; “thank this brilliant scholar for his contributions to knowledge the great role he played in bringing the teaching of history back to the classroom.”

“These are enough summary of my 33 years of Public Service, the first 28 years as a career diplomat rising to become an Ambassador to several important countries in Africa, Europe, and Latin America. This was followed by 5 years of service as a high-ranking Federal Permanent Secretary with a reformist mind, track, and approach.

“While serving the Federal Government and leaving robust footprints in all my assignments, I also helped develop my state especially through scholarship programmes to hundreds, recruitment of many into Federal Service, and siting of critical federal projects.

“This is excluding ad-hoc duties on several federal assignments as Secretary to Bayelsa State Government, and front-line peace Envoy in the Niger Delta to both President Olusegun Obasanjo and late President Umaru Musa Yar’adua. I have also made my mark in the academic and literary world having authored several books, including the 2015 award-winning book “Perspectives on Nation-State Formation in Contemporary Africa”.

“In post-retirement from public service, my singular contributions have dwelt on putting efforts in building a peaceful, harmonious and just society; a nation that represents the best aspirations of our founding fathers and aligning with current global realities.

“Unlike many of my colleagues who opt to live post-retirement on a well-deserved quiet, I am poised to continue striving towards making my voice to be heard and protect the interests of my people.

“The forthcoming Bayelsa Central Senatorial election, therefore, offers me the opportunity to pursue my quest of not relenting in standing in the gap especially for my people and the rest of the nation. I, therefore, intend to contest the election.”

He (Igali) promised if elected as the senator representing Bayelsa Central Senatorial District not to only re-invent the wheel of development, but learn from others there before him including bringing his robust public service experience to render better service to Nigerians in general, and his people in particular.

“Amongst others, I will strive to complement the efforts of the Federal and state governments by bringing meaningful development to Yenagoa, the state capital; Leverage copiously on my international and national contacts, to bring change and development to all the three local governments in Bayelsa Central.

“Focus on attracting job creation, employment generation, and entrepreneurship development programmes in my area;          Create access to scholarship and education grants for our young people, both nationally and internationally; Promote inclusion of our women and youths in all economic and social programmes as a matter of priority.

“Place attention on the attainment of Sustainable Development Goals (SDGs) in my senatorial zone; Lead the vanguard for the restoration of our environment in many communities that have been seriously polluted and degraded as a result of oil exploration in our area; Work tirelessly for a constitutional amendment on various issues, including creating additional Local Government Areas in Bayelsa, and especially the Central Zone.

“Pursue rigorously constitutional review for the overall restructuring of Nigeria as much as possible to be in tune, as originally enshrined in the 1960/1961 constitution”, he added.

Meanwhile, the former federal Permanent Secretary declared that Bayelsa State no more his former party, PDP’s enclave, nut now has no stronghold again, because a new order has been put in place by his new party, APC at all levels.

“I, therefore, call on my co-aspirants, leadership, and members of APC in Bayelsa State to support me to clinch the party ticket. I also appeal to our friends and brothers in PDP to smell the coffee and join to elect me as a Senator. Bayelsa was once a PDP enclave, but we have since moved predominantly to the APC at all levels”, he said.

He also advised other aspirants to jettison all forms of bitterness and do-or-die politics.

“Let us eschew the policy of bitterness, character assassination, innuendo, lies, and worse still, violence and anti-democratic tendencies. On the contrary, I look forward to healthy conversations on issues and debates on what bothers us the most as people. I have been one of your leaders before and cannot lead you astray. Join me and let us move our zone and state further”, he stressed. 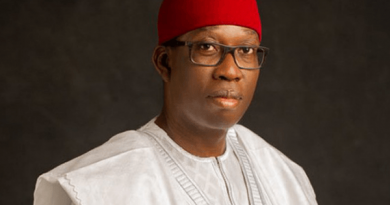 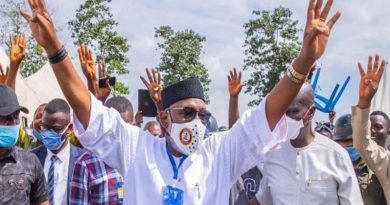 Why We Need Gaming News?