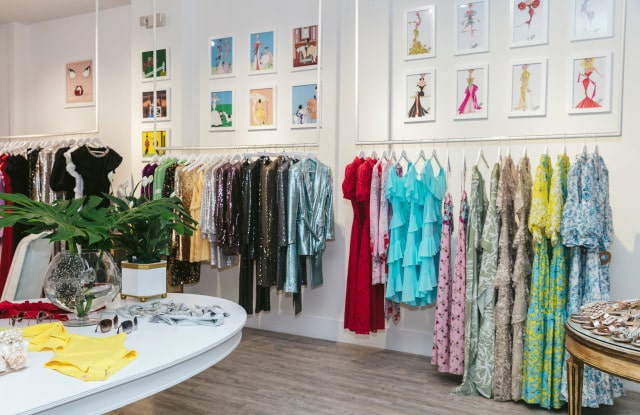 
Store closures are but one of the many sad legacies of the coronavirus pandemic. Store openings, not so much. Yet on Monday, Mark Badgley and James Mischka opened a boutique in Palm Beach, at the Royal Poinciana Plaza. The Badgley Mischka brand also has a store on Sunset Boulevard in West Hollywood, where it moved in 2018, after 18 years on Rodeo Drive.

The Palm Beach outpost, nestled between Hermès and Oscar de la Renta, came together very quickly, only a few months from first glimmer to welcome mat. Badgley called it “a divine, beautiful space,” a “vanilla box” that required little renovation. To that end, size mattered; the store is a compact 1,000 square feet. Still, the move seems counterintuitive, to say the least, given fashion’s overall picture, and Badgley Mischka’s own situation. While the brand has seen many changes in business and society over 30-plus years, nothing compares to the COVID-19 crisis, which has forced Badgley Mischka, like so many others, to institute layoffs and furloughs. It also recently relocated its New York headquarters, exiting the expansive 12,000-square-foot space on West 52nd Street it moved into less that two years ago after years at 550 Seventh Avenue, settling into more economical quarters on Washington Street in TriBeCa. The partners oversaw the move in absentia; they found the space, signed the lease and directed the move from Palm Beach. “We’re much smaller than we were back in the day,” Badgley said.

Still, opening the store felt right. “Maybe it’s temporary insanity. We hope not,” Badgley continued. “We told some family and friends, and they thought, ‘Only you two would open a store in the midst of the coronavirus.’” But then, the pair have long had an interesting relationship with timing; they opened Badgley Mischka during the grunge era, “and we were doing little, pretty cocktail dresses. I think that that’s oftentimes the best time to step out. You find opportunities that are very interesting.”

Fair enough. So why Palm Beach? Ever since launching their brand, the designers have been among fashion’s more peripatetic creatives, living in off-the-beaten-fashion-path enclaves of Centre Island on Long Island, and Lexington, Ken. Long ago, they commenced their love affair with Palm Beach, introduced to the area by the legendary Park Avenue retailer Martha Phillips, who also had a Palm beach store. The designers have spent a good deal of time there ever since, but never as their primary residence. Until now. As usual, after their February show, they visited for what was supposed to be a brief post-show respite. Then the world changed, and they stayed put. One night over the summer, they took a stroll along Worth Avenue, and found its windows all boarded up in anticipation of riots during the height of the social justice demonstrations. “The threatened riots,” Mischka said. “There were no riots.”

The designers found something “beautiful and mysterious” in the street’s eerie emptiness set against the aura of old-school Palm Beach that still radiated through, and the thought struck, in unison, of opening a store. It would be a take two, as the brand briefly had a store on Worth Avenue, from 2011 to 2013.

At first, there was the sense that a post-COVID-19 store opening might require a special kind of madness. But the idea percolated, and on a whim, they started making phone calls. Ultimately, they found a space not on Worth Avenue but at the Royal Poinciana, home to some of their favorite restaurants and shops, and a retail epicenter that has expanded from seasonal to year-round. Conversations with store people revealed that after the total lockdown of March and April, people started shopping again, and most stayed through the summer. “They didn’t leave and go north,” said Mischka. “They stayed here until August and came back after two weeks being away. So it has been a really busy off-season down here, and now people are starting to come back for season.”

Once the decision to forge ahead was made, Badgley and Mischka took matters very much into their own hands — and not just the matters of selecting a space and making decor decisions. Rather than being a corporate undertaking, the store is operated and funded by the designers themselves. “We didn’t want to stress out our company because everybody is going through so much,” Badgley noted. “Our partners and our company are so wonderful, they supported the idea and were excited for us.” The designers’ partners in the brand are three women, each of whom oversees a particular area: Christine Currence, president; Lara Pieropato; executive vice president, sales, and Kimberly Lee-Siu, executive vice president, production.

Badgley and Mischka happily seized the creative moment. “We were really hands-on about the space,” Badgley said. “We knew it was going to be a very personal project for us. We wanted the store to look exactly a certain way, like an extension of our home.”

The photos are inviting, revealing a space that’s remarkably airy for the modest size. It’s installed with white shelving and racks suspended from the ceiling, and that “vanilla box” simplicity provided the perfect backdrop for items from the designers’ vintage furniture collection. Color and decorative flourish comes in a spirited array of Badgley’s fanciful illustrations, including re-dos of those he did for an online auction benefiting COVID-19 relief, and a new equestrian series celebrating his other passion, riding.

The store features products from across the Badgley Mischka universe, including clothes, shoes, bags, jewelry and fragrance, and across price points. It’s selling some home accessories, too, including pottery pieces commissioned in Italy and an off-beat offering: heraldic-shaped, equestrian-prize plaques with metal plates ready for engraving.

But of course, fashion is the main event. Clients can find “a $200 fun little dress or a $20,000 couture gown. It’s soup to nuts,” Badgley said, with the menu tailored to the moment and the location’s beachy lifestyle. Mischka noted a strong selection of caftans and said there will be an ample assortment from the brand’s new Luxe Lounge line, launching for spring, and that it will ship early. “It’s so appropriate for what we’re doing down here,” he said.

Such merchandise is essential. While the current dearth of big events poses a particular challenge for a brand famous for its occasion pieces, Badgley and Mischka maintain that their customer never stopped shopping. The South Florida client, for instance, has remained very social and has continued entertaining at home in a responsible way. “We have friends who are having dinner parties at their houses, but they are doing it at tables that are six feet apart,” Mischka said. “They are socially distancing,” adds Badgley. “They are entertaining around the pool. Everything is outside.”

If funding and operating a store themselves is new to Badgley and Mischka, they’ve always taken a deeply personal approach to their brand’s Los Angeles stores, one inspired in part by their relationships with legendary of merchants of yore. Top of the list: Phillips and her daughter, Lynn Manlius, during the halcyon days of Martha Inc. Phillips’ personal connection to the merchandise in her store resonates, even today. Badgley recalled that, during a long-ago lunch on Worth Avenue, the merchant doyenne noticed a white Chanel number in the window of her own shop and called to order it for herself. “She was her customer. She dressed beautifully; she had her hair done every morning. She was just a riot — a classic.” A classic with a bit of a possessive streak. During another visit, a walkthrough of the Park Avenue store, Badgley overheard a sales associate declare that her client wanted a dress. Without missing a beat, Phillips cornered the employee and bluntly reminded her that “she’s not your customer, she’s Martha’s customer.” Other fondly remembered merchants include Fred Hayman (“that guy on Rodeo,” according to Badgley) and Tom Marotta of Philadelphia’s Nan Duskin.

Both Badgley and Mischka stress the importance of old-school clienteling and connections in the current retail landscape; consignments and in-home shopping make up a large portion of their Los Angeles store’s business, and did, even in the days before the coronavirus. That said, the two men maintain that a beautiful, physical space is important for the atmosphere, and for telegraphing the brand’s ethos and identity.

To say that much has changed in the fashion and retail landscape in the past year is beyond understatement. The idea that the Badgley and Mischka, who once traveled somewhere every six days or so, would have found themselves in one place — and Palm Beach, no less — for more than half the year would have been beyond the realm of possibility nine months ago. In fact, a very high-profile summer travel plan was scuttled: Badgley and Mischka were set to present their Cruise collection on the high seas during a Queen Mary crossing. That voyage fell away, as have so many things, large and small, over the brutal course of 2020.

Then there was that unexpected voyage, the one that relocated their brand’s headquarters from 52nd Street to TriBeCa, and a space that Badgley described as “a very bohemian, charming,” but with “some creepy details.” Translation: “It looked a little too New York-y, rodent-y.”

Mischka’s take is less dramatic. “It looked a little industrial,” he said, adding that after a good clean-up, some minor construction and a paint job, it’s well suited to the current business reality. “Our staff has downsized significantly. Most people are working from home and probably will be for the foreseeable future,” he said. “We have about four people in the office at any one time, so they can all be in four different corners of the office. We didn’t need a 12,000-square-foot office.”

In the face of that new normal — one no one could have considered as recently as January — opening a store feels like a major step toward regaining some sense of pre-COVID-19 normalcy. But after so many months of Zooms and yoga pants, will the old norms of getting dressed up, and, more importantly, having places to get dressed up to go to, ever return? Badgley and Mischka remain eternally optimistic. “Once there is a vaccine and people are comfortable with getting together again, if they can do it properly and safely, there’s going to be such a pent-up demand for celebrations,” Mischka said. “All these weddings that have been postponed. I think next year we’re going to have three years’ worth of weddings because of what has happened.”

Badgley shares that hopefulness. “I think people are starved, starved to get out,” he offered. “You can’t hold people back. As soon as it’s safe, like James says, it’s going to be amazing.”

Until then, their customer can enjoy a stroll through the Royal Poinciana and purchase a caftan or two to wear at her socially distanced poolside soirees. 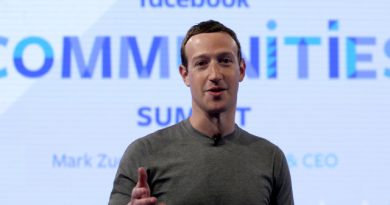 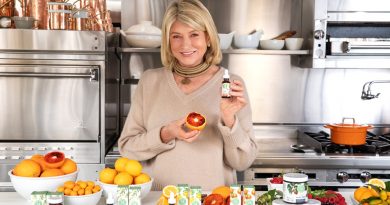