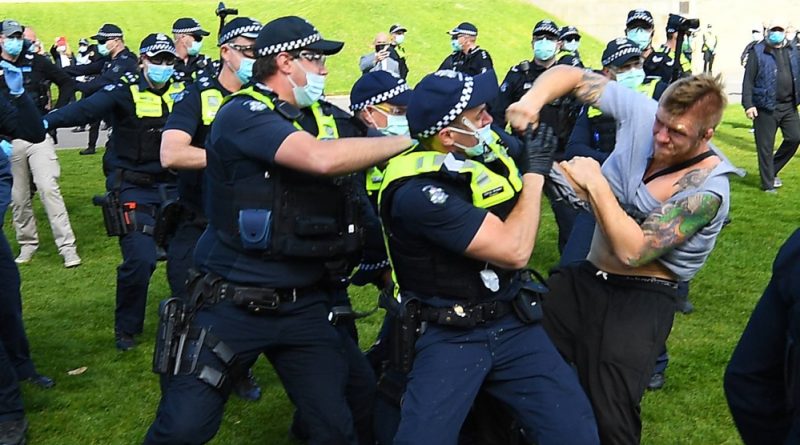 India added more than 90,000 cases of the new coronavirus, a global daily record, according to data from the federal health ministry.

The country is set to pass Brazil on Monday as the second most affected country by total infections and will be behind only the United States, which has 6.4 million cases and nearly 193,000 deaths.

Hello, this is Tamila Varshalomidze in Doha, Qatar, taking over the live updates from my colleague Ted Regencia in Kuala Lumpur, Malaysia. 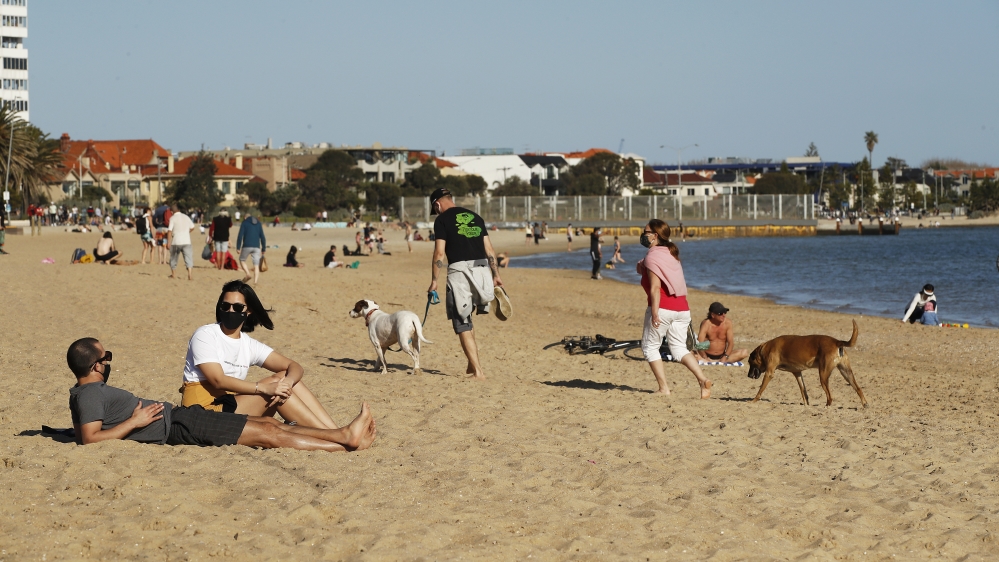 Australia’s coronavirus hot spot state of Victoria on Sunday extended a hard lockdown in its capital Melbourne by two weeks to the end of September as infection rates have declined more slowly than hoped, according to Reuters news agency.

State Premier Daniel Andrews on Sunday extended the hard lockdown, in place since August 2, to September 28 with a slight relaxation, and mapped out a gradual easing of restrictions over the following two months.

Melbourne’s stage 4 restrictions, which had been due to end on September 13, shut most of the economy, limited people’s movements to a 5-km (3-mile) zone around their homes for one hour a day and imposed a night time curfew.

“We cannot open up at this time. If we were to we would lose control very quickly,” Andrews said at a televised media conference.

Victoria, Australia’s second most populous state, has been the epicentre of a second wave of the novel coronavirus, now accounting for about 75 percent of the country’s 26,282 cases and 90 percent of its 753 deaths.

The state on Sunday reported 63 new COVID-19 infections and five deaths, down from a peak of 725 new cases on August 5.

04:32 GMT – Jakarta ‘running out of cemetery space’ over COVID-19 pandemice

An cemetery in the Indonesian capital, Jakarta, is reportedly expecting to run out of space as the number of deaths linked to the coronavirus continues to rise.

Nadi, manager of East Jakarta’s Pondok Ranggon cemetery, was quoted by Indonesia’s Kompas as saying that he expect that the burial site to run out of space by October, with only 1,000 spots left.

In August, the cemetery reportedly had an aberage of 27 persons buried daily – including those who died of coronavirus.

Pondok Ranggon was designated as a COVID-19 burial site in March, and since then more than 2,600 fatalities have been buried there.

Indonesia has officially reported more than 190,000 cases with almost 8,000 dead.

04:02 GMT – Officials call for caution as US marks Labor Day

Officials across the United States are urging Americans to take precautions while celebrating extended Labor Day holiday to avoid spreading the coronavirus.

In New Mexico, Governor Michelle Lujan Grisham said that while the state “has made great progress” in the fight against the spread of COVID-19, the holiday weekend starting on Saturday will be a key to keeping spread of the virus low and to ensuring that students can return safely to school this year.

In California, San Diego State University officials issued a Labor Day weekend stay-at-home order for students living on campus to limit the spread of the disease, as they return for the school year.

The US has an estimated 6.25 million coronavirus cases, with more than 2.3 million declared as recovered. More than 188,500 people have died of the disease in the US – the highest number of fatalities worldwide.

The Robert Koch Institute also reported one fatality, with the total now at 9,325 since the pandemic spread in the country in late January. 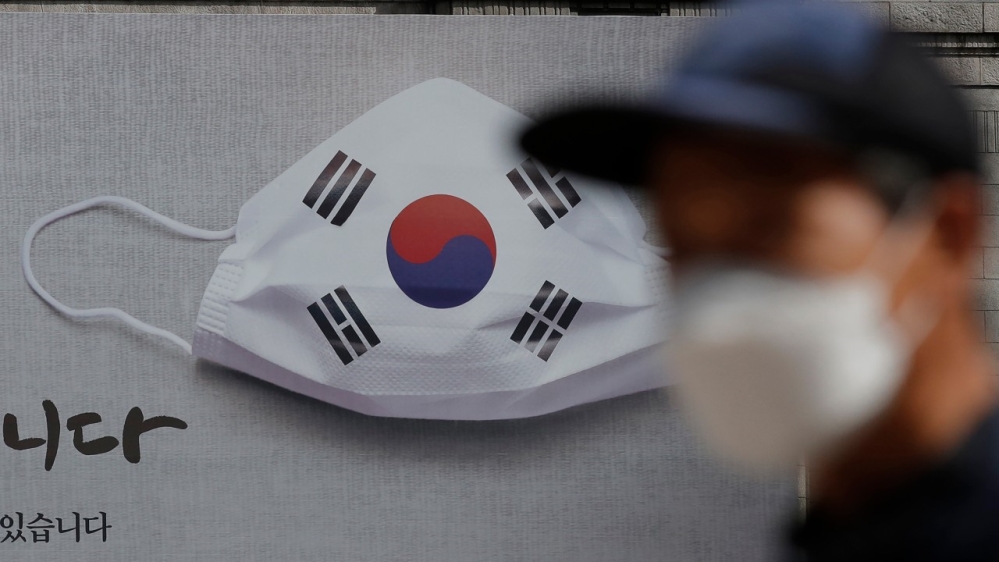 Of the new infections reported, 152 were local cases and a majority of them came from the greater Seoul area, according to the Korea Centers for Disease Control and Prevention [Lee Jin-man/AP]

South Korea reported 167 cases of the coronavirus on Sunday, marking the fourth straight day of under 200 new infections, according to Yonhap news agency.

Of the total new infections, 152 were local cases and a majority of them came from the greater Seoul area, data from the Korea Centers for Disease Control and Prevention (KCDC) showed.

The country’s total cases have now risen to 21,177, although more than 16,000 have fully recovered. It also added one more death, raising the death toll to 334. The country’s virus fatality rate is now at 1.58 percent.

China’s National Health Commission reported on Sunday at least 10 new COVID-19 cases as of the end of Saturday.

The health agency said that all new cases were imported, marking the 21th consecutive day with no locally transmitted infections, according to Reuters news agency.

The number of new asymptomatic cases rose to 17 from eight a day earlier. China does not count asymptomatic infections as confirmed cases.

The total confirmed COVID-19 cases for mainland China now stands at 85,122, while the death toll remained unchanged at 4,634.

The personal doctor of former Italian prime minister Silvio Berlusconi has expressed “cautious but reasonable optimism” for the politician’s recovery from the coronavirus.

The 83-year-old Berlusconi is hospitalised in Milan after testing positive this week.

Zangrillo said on Friday, several hours after Berlusconi was admitted to San Raffaele hospital, that his patient has an early stage lung infection and was breathing on his own.

Mexico’s health ministry has recorded an extra 122,765 deaths above expectations during the pandemic up to August.

The report about excess mortality rates could suggest Mexico’s true coronavirus toll could be much higher, Reuters news agency reported.

Mexico has recorded 67,326 confirmed deaths from the coronavirus, including 475 news cases on Saturday. It also recorded 6,319 new coronavirus cases, bringing the total infections to at least 629,400.

Brazil’s ministry of health has reported recorded 30,168 additional confirmed cases of the novel coronavirus in the past 24 hours, bringing the country’s total infections to at least 4.1 million.

Brazil ranks second to the United States in the number of cases and infections worldwide. 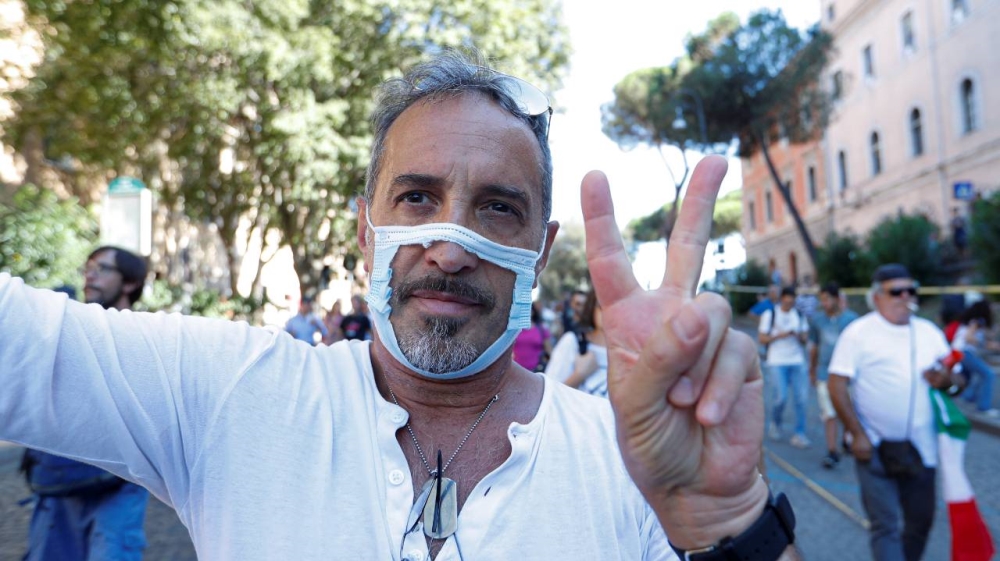 Protesters gathered in the Italian capital, Rome, to protest against the use of mask to help contain the spread of coronavirus.

This as the daily number of coronavirus deaths in Italy has been rising, with 16 registered Saturday by the Italian health ministry.

The death toll is five more than the previous day. However, those numbers are dramatically lower than in the early weeks of the pandemic in the nation, when hundreds of people were dying daily, according to an AP news agency analysis.

With nearly 1,700 more cases Saturday, Italy has confirmed a total of 276,338 infections. Most of the recent cases have been linked to popular holiday locales, particularly among those who vacationed on the island of Sardinia.