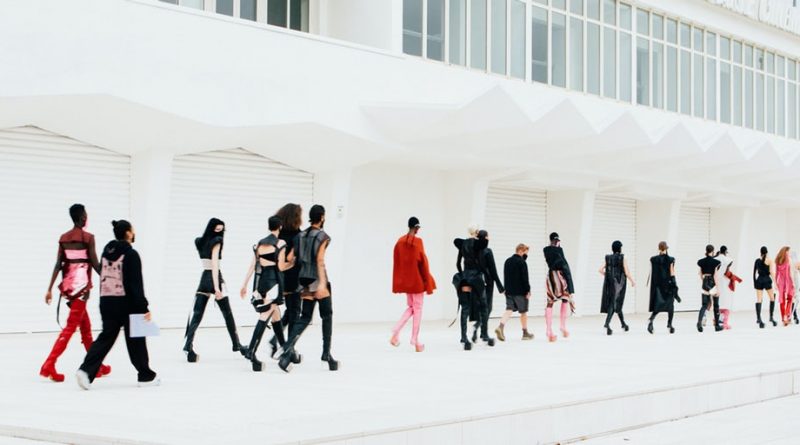 Real life remains the topic du moment in fashion land, which is little surprise, given the facts of our current existence are wilder than any fiction. The bizarre Paris Fashion Week which closed on Tuesday was further proof of life piercing the fashion bubble.

This was evident in shows that featured streets as backdrops or metropolitan sounds as soundtracks, such as Paco Rabanne’s quixotic foray into an experimental everyday wardrobe; in videos filmed on the avenues, such as Balenciaga’s “the sidewalk is your catwalk” Paris-after-dark pre-collection extravaganza; and in the rise of inclusive casting (see Gauchere, where this element worked particularly well, highlighting the adaptive simplicity of the tailoring).

But there is another reason, too, which is rather personal yet fundamental. Seen remotely from my base in Italy on the first available device at the time of airing for each collection — phone, tablet, computer — Paris Fashion Week merged suddenly with my own daily life, mixing with its minutiae and making for a very different experience to a normal season.

No, this is not a stubborn remembrance of good things past nor a paean to the physical show as something that a virtual experience cannot replace. Sometimes digital is better than a physical experience: Marine Serre’s movie was a knockout, while the high concepts and the formal experimentations of Japanese label Beautiful People, mostly lost on the catwalk, greatly benefited from the Nô-inspired theatricality of a touching short movie.

Of course, the way we experience something changes the way we perceive it. To a degree, the process is the product, right? In other words, I might have overlooked a few things by reviewing Paris from afar. Then again, the message of many of the shows, often more about society or politics than clothing, was generally hard to miss.

At Louis Vuitton, Nicolas Ghesquière’s first look had a jumper emblazoned with “VOTE.” There were many other exhortations in a collection that explored the space between the masculine and the feminine, but this was the strongest. Doing away with the brainy tricks, the icy futurism and the layers of concepts, Ghesquière was in top form, delivering clothes meant for real life, while doing so with a show that was both a live performance and a unique digital experience.

Given how exceptional and out of this world things are at the moment, it’s the perfect time for thinking outside of the box, for testing new grounds and, at best, going completely bonkers, but very few designers are daring enough to do this. Despite being partially stripped of its usual fanfare, a show like Dior seemed almost unnecessary in all its pomp and circumstance, and its layering of references had little to do with the clothing shown on the catwalk. The same applies, on a different level, to Ami, where it was a case of much ado for perfectly nice wearable clothes that frankly did not deserve a show in the first place.

Yohji Yamamoto was a poetic and deconstructed joy to behold, but it also felt completely out of sync with the times. And yet, for some, it seems like staging things on the catwalk is the only possible way. What for? As Giambattista Valli put it: “All the masking and the social distancing completely erase the magic for me. Why not explore other media?” 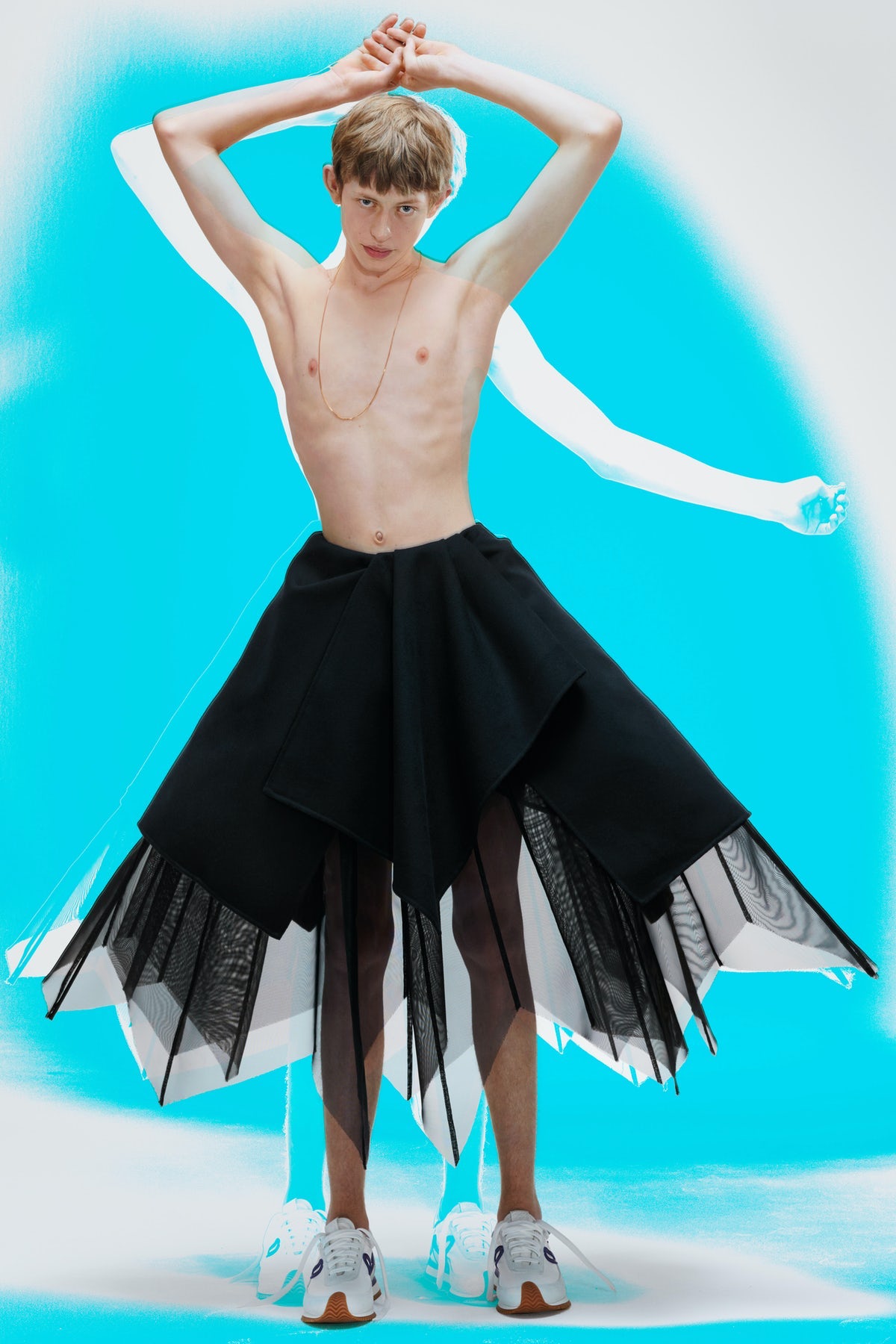 The winner for exploring new media — and, with it, spectacularly escapist fashion content — was Jonathan Anderson, whose “Show on the Wall” for Loewe was the standout project of the season. In a moment when genuine physical connection is near impossible, Anderson opted for the old school charm of postal connection (which, by the way, also worked as an extremely engaging channel at Kenzo and Hermès, whose booklets sent to remote guests were highly stimulating). Oh, and Anderson’s pictures were life size, which was fantastic. The portfolio with the posters was also a soulful and intelligent way to create something that will remain a testament to the moment, something that will not lose its power in 15 minutes. And, yet, it was not just the packaging but the fashion content — infanta dresses and collages of textures and coiling knots and sculptural escapism galore — that truly stood out.

There was an orgasmic and orgiastic sense of liberation, albeit of a brutalist kind, at Rick Owens, the other winner of the season, in a collection that came across as a fierce and personal reaction to the moment we are living through via a show that made the best of the circumstances, filmed as it was in Venice’s Lido, but streamed at its usual slot in the Paris calendar. This, too, was a way to toy with a slightly new medium.

For the most part, it seems that designers are sticking to their established signatures while immersing themselves in the reality of the times. From Koché’s parade of embellished street gang types within a park to Coperni’s germ-free futurism at the top of the Tour de Montparnasse, from Chloé’s walk from the street to the podium to Balmain’s mega-shouldered goddesses in the wind and Isabelle Marant’s candy wrapper extravaganza in the Palais Royal, it was all about getting dirty, so to speak, projecting fashion fantasies that might actually seem plausible for real life. Escapism was hardly an option. At Acne Studios, Jonny Johansson toyed with the idea of new age spirituality in deconstructed and very light clothing.

And yet, due to the circumstances, it was mainly a season of videos, films, animated lookbooks and the like. To be sure, these formats need further honing but we witnessed quite a few examples of progress from last season. Narrative films — Thom Browne’s lunar Olympics, for instance, or Kenneth Ize’s sketching hand — are fine, if a little distracting. Meanwhile, videos of catwalks in empty boxes can feel a little cold, as was the case at Altuzarra, where the emotional quality of the clothing got completely lost in the industrial surroundings. It was better for Rokh, whose foray into night wandering, all romantic dresses, sharp tailoring and boots — a bit too repetitive and a tad too close to Sarah Burton’s Alexander McQueen, if you ask me — felt special, filmed in a Mars-like landscape.

The best video productions, however, seemed to focus on the process, looking like sketches gathered along the creative journey that led to a collection. The iPhone video Lisi Herrebrugh and Rushemy Botter created for Nina Ricci was a little masterpiece that needed to be enjoyed on the phone, a creative and research tool in every way for the duo. With its syncopated rhythm, it made the collection shine in all its colours and movements: Herrebrugh and Botter are finding their way into the house and this was their most accomplished outing so far.

At Schiaparelli, Daniel Roseberry, too, opted for a video sketch that was straightforward just like the collection with its sharp focus, the Surrealist heritage of the house wisely kept to the accessories and the jewellery, making for an otherwise highly enjoyable wardrobe of masculine tailoring and voluptuous draping. Meanwhile, Vivienne Westwood’s homely backstage-meets-lookbook video felt deliciously bonkers, starring a stellar Dame Vivienne as its main protagonist. 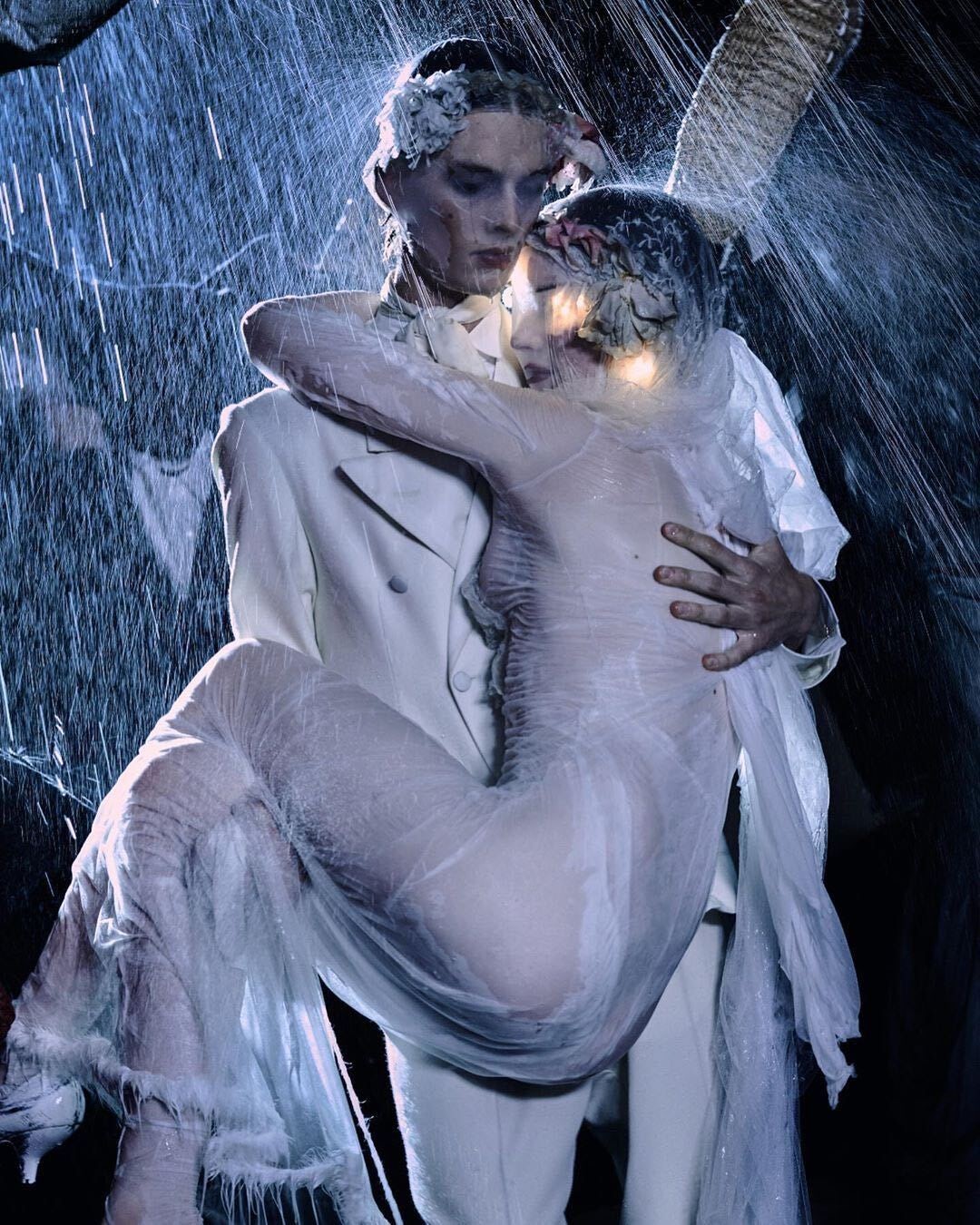 The highly transformative, engaging quality of the pieces Glenn Martens designs for Y-Project was explained in an animated lookbook that suggested different ways to wear his items, which amplified one of the key traits of the brand. We all missed his catwalk — Martens is a cheeky showman — but this collection, one of Martens’ best, won’t go unnoticed thanks to the video.

Another video worth mentioning was Issey Miyake, because it felt as pragmatic as it was poetic, highlighting the packable quality of the collection in the most charming of ways. Satoshi Kondo is finding his voice season after season, and as a result the brand is in a good place.

And yet it was the extra-long, gruelling, hyper-detailed movie produced by Maison Margiela that stole the show with its forty-plus minutes of creative process splashed on the screen and very little sense of editing. John Galliano is a maximalist — in the sense that he gives himself out completely when he creates — so the movie was a maximum effort that was not always easy to follow. It was excessive but looking at how far Galliano’s mind can travel, starting from his tango inspiration, restored one’s faith in genuine creative invention. And coming at the close of the week, there was no better message to seal this very weird Paris season.