There’ has been a couple of very important astrological changes recently.

Essentially a couple of weeks ago both Jupiter and Venus changed signs. Venus moved into her own sign of Libra and Jupiter moved into his own sign of Sagittarius. Those who have been reading this newsletter should recall that I indicated things would improve once that shift happened. Although it may be a little difficult to feel personally, due to the nature of Mars in Gemini and a few other factors that I will discuss, for the most part things have improved. There has been a couple major events recently, with our government especially, that show this clearly.

A couple of weeks ago it was revealed that Iran has in fact abandoned its nuclear weapons program, as they have stated and the international nuclear regulatory commission had also concluded. This was a National Intelligence Estimate Report. In the aftermath, the president and other hard-liners continue to beat an all too familiar sounding war drum, that has many citizens concerned due to its similarity to the pre Iraq invasion Battle cry. Yet, this has become a much harder sell now. This is, after all, the President’s very own intelligence agency.

But this is not a political column, it is an astrological one. The months preceding this news were filled with increasing hard-line rhetoric which seemed destined to lead to military conflict. Suddenly, everything has changed. What happened astrologically cause this?

Jupiter is the planet of grace, wisdom and expansion. The influence of Jupiter is often swift and sudden and leaves us full of hope, especially when Jupiter enters a fire sign, like Sagittarius. Currently Jupiter is at 5° Sagittarius and the South node, Ketu is at 6° Leo. Jupiter is casting a very favorable trinal aspect, in a very tight orb to the South node. In addition to the aspects being made by the planet, there’s a powerful Nakshatra influence here. Both Jupiter and Ketu are in Ketu’s Nakshatra’s. Jupiter is in Mula and Ketu is in Magha.

The Nakshatra of Mula is related to destroying darkness, and even evil. The Nakshatra of Magha is related to royalty, entitlements and legacies. In the West this star is known as Regulus. Additionally, Ketu is related to the past (as lineage confers royalty). It refers to a hidden strengths that we have, that we often times overlook or don’t use or that are hidden from us. How fascinating that as soon as Jupiter enters the Nakshatra of Mula, ruled by Ketu, related to destruction as a creative force, this national intelligence report comes to light. Actually, this information was known since 2005. This revelation has in many ways smashed to bits a certain forward moving inertia relative to the increased rhetoric about Iran. That is the power of Mula Nakshatra, to smash things to bits. Yet, we have been seeing other things smashed to bits also, especially around religious and educational themes – Jupiter themes. Shootings in churches and schools and shopping malls seem to be a common everyday occurrence now. This is also the influence of Mula. Of all the Nakshatras, Mula is the one the most associated with murder – Ardra is the other, the Nakshatra where Mars resides.

Very recently, as in this week, we have seen increased reporting on methods of torture being practiced by the US government, namely waterboarding. In recent past there had been a debate about whether waterboarding is actually torture or not. Finally, the national press has become interested in the story and speaking honestly about it. It is interesting how we called waterboarding torture when the Khmer Rouge used this “enhanced interrogation tactic”. Yet suddenly now, politicians are fumbling over themselves to make the same conclusions.

What does this have to do with astrology? Venus entering Libra shows more diplomacy, civility and humanity returning to our collective consciousness. Additionally, Venus in the Nakshatra of Swati, ruled by Rahu, even further clarifies. Rahu is related to the hidden forces that shape the future. A powerful Rahu will show someone always a little ahead of the curve and someone shaping public opinion rather than following it. It is excellent for public-relations. This is why Rahu also gives psychic abilities and it is very good for making astrological predictions.

However, Rahu is unpredictable and in many ways ungrounded. It is a head without a body, without digestive system. The Nakshatra of Swati is ruled by Vayu, the wind, and also the breath. Waterboarding is a technique that simulates drowning. One gasps for air.

Dangers of the Nodes

The nodes show dangerous and unpredictable energies at play. Currently there are five planets in the Nakshatras ruled by the nodes. Especially Mars is still wreaking havoc in Ardra. This is why there has been unpredictable shootings in schools, malls and churches — almost every day a new incident. I wrote months ago about Mars in Ardra and its relationship to the California wildfires, and the prominence of the Nakshatra of Ardra in war. We should start to see some of these Mars troubles abate soon as he draws closer to Jupiter by transit.

Yet, overall, there has been some major light shed recently. We must all do what we can however to pray for those less fortunate. That includes our leaders and all those marginalized citizens of the world.

Ten Things to Love About America on Trump Days 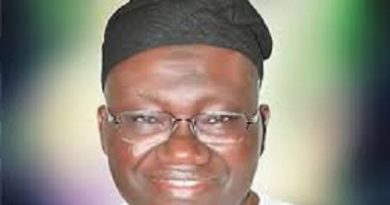