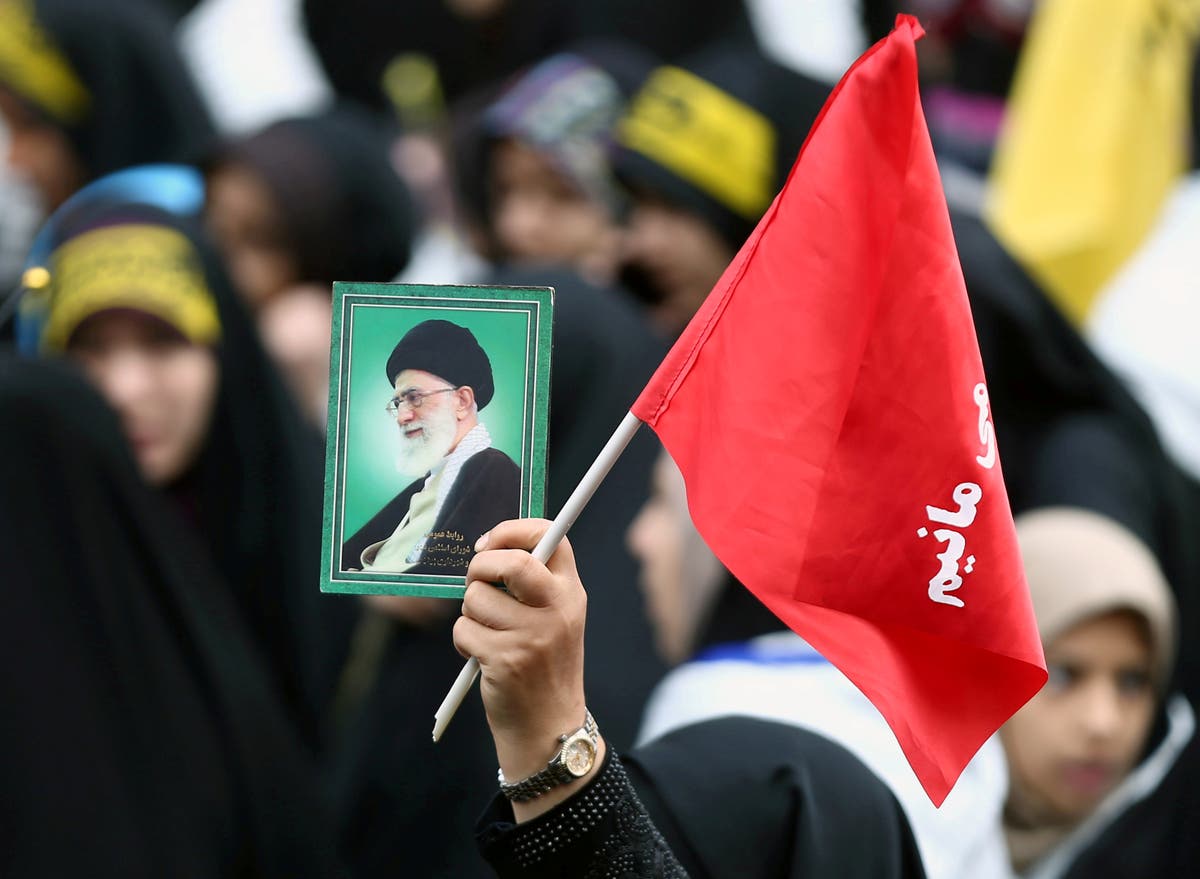 Bowing to political pressures in Washington, the administration of President Joe Biden  has dragged its feet about returning to the Iranian nuclear deal its predecessor abandoned, insisting that Tehran first roll back its stockpile of fissile material before the United States removes sanctions.

“We have been very clear about what we believe is possible with the formulation of compliance for compliance: Iran resumes its full compliance with the 2015 Joint Comprehensive Plan of Action (JCPOA), the United States will do the same,” US State Department spokesperson Ned Price said on Wednesday, referring to the formal name of the nuclear deal signed under the administration of Barack Obama.

But experts are warning that elements in Tehran may be in no hurry to return to the deal either.  Although many in Washington believe that Iran is desperate for sanctions relief to alleviate its battered economy, that might simply not be true.

The Islamic Republic this week celebrated the 42nd anniversary of its revolution, battered but alive after suffering  the worst effects of former president Donald Trump’s maximum pressure campaign as well as the still-lingering aftermath of the sanctions tightened on Iran by the administration of Barack Obama a decade ago.

“Nobody in the world doubts that ‘maximum pressure’ against the Iranian people has failed and economic war against this nation has failed,” Iranian president Hassan Rouhani declared in a speech on Thursday.

It also lived through the worst coronavirus in the Middle East that continues to hit the country with a third wave as well as record-low oil prices that are now inching up. Though it continues to suffer economically, it has adjusted to a great extent, say experts.

Once the initial damaging shock of Mr Trump’s sanctions wore off, and Iran deployed and modified old methods of evading US sanctions—including selling its oil through intermediaries such as Malaysia and doing business with other sanctioned nations such as Venezuela and Syria.

“Somehow it managed to stay alive over 2020,” says Katrin Kamin, an economist and political scientist at the Kiel Institute, a German think tank that focuses on the global economy.

She cited an increase in exports of steel and petrochemicals, expanded domestic production and consumption along with the growth of regional trade as economic measures that staved off collapse.

“All that carried it through the triple crisis of sanctions, oil prices and coronavirus,” she said.

Few expect the country to prosper with or without the removal of sanctions.  Ms Kamin warned of a potential balance-of-payment crisis if Iran fails to access its frozen assets. “Without state income or with only very restricted state income due to the sanctions regime, Iran is — at least in the long run — economically on a downward spiral,” she said.

But a growing body of scholarly work suggests that anemic economic growth could align the interests of Iran’s struggling and resentful lower middle class with conservative politicians least interested in cutting a deal with the US. The phenomenon of economic stagnation leading to right wing and xenophobic political surges has emerged in the west, as well as Russia and Latin America.

“To the extent that the economic situation of ordinary people becomes more precarious, a lot of political leaders find ways to take advantage of the precariousness,” said Esfandyar Batmanghelidj, of Bourse & Bazaar, a website which focuses on Iran’s economy. “Not only is the economy not collapsing, the conditions of stagnation that have been introduced by sanctions are actually a predominant driver of the more politics that have emerged domestically and internationally.”

Such an emerging political alignment could make it less likely for Iran’s hardliners to eagerly seek a new deal with Iran: better for them to rule over a poor nation loyal to the state than a moderately prosperous people bursting with middle-class ambitions.

Insiders in Washington have said the Biden administration understands the regime is not on the verge of collapse. US officials are assembling a team of negotiators led by veteran diplomatic troubleshooter Robert Malley to oversee any possible negotiations with Iran. They have also said the are busy consulting with allies and partners as they craft further moves. The US  wants follow-on talks to address Iran’s missile programme and support for armed groups throughout the Middle East, including the Houthi militia which has been launching attacks on Saudi Arabia.

Other JCPOA stakeholders including the United Kingdom, European Union, Russia and China are eager to bring both countries back into compliance. “It is Washington that should take action to make it possible,” Russian deputy foreign minister Sergei Ryabkov said on Thursday. “But the choreography of these steps, planning them is a separate issue.”

The Biden team knows the pressure is on. Iran’s parliament in December passed a law requiring the country’s Atomic Energy Organisation to withdraw by 21 February from a set of voluntary and intrusive inspections it had agreed to as part of JCPOA. Iran has already reduced what nonproliferation experts call the “breakout time” before it has enough fissile material to begin producing weapons, from a year to a few months.

In addition, Iranian presidential elections in June mean that the country may soon be mired in a noisy distracting domestic political season, and that the next government may be less amenable to dealmaking than incumbent president Hassan Rouhani, who is constitutionally barred from running.

“The economy will be good enough that it will not be a political liability for anyone during the elections to be noncommittal to pursue diplomacy,” said Mr Batmanghelidj.

Iran has yet to signal any eagerness to return to talks on US terms. This week Iran’s intelligence minister  Mahmoud Alavi  warned in a television interview that the country could opt to break out of its treaty obligations and develop nuclear weapons if it felt threatened.

“Our nuclear industry is peaceful and the supreme leader clearly stated in his fatwa that developing nuclear weapons is against Sharia,” he said on Monday in remarks that made headlines worldwide. “But when you corner a cat, it may behave in such a way that it wouldn’t do if it were free. If they push Iran in that direction, it won’t be Iran’s fault.”

Mr Alavi’s comments were dismissed as his personal views by others close to the country’s powerful Revolutionary Guard. But other Iranian leaders have warned that Iran was in no mood to meet any US conditions, which include reducing its output and stockpile of nuclear material to levels set by the JCPOA but breached over the last year as the administration of Mr Trump upped economic sanctions.

“If they want Iran to go back to its commitments, America should abolish all its sanctions,” Iran’s supreme leader Ali Khamenei said on Monday. “We will assess and if we see that they have acted faithfully in this regard, we will return to our commitment.”

He reiterated his call on the window of opportunity, saying that the US can use it to “accept a dialogue and end the fruitless hostility against the Iranian people”.