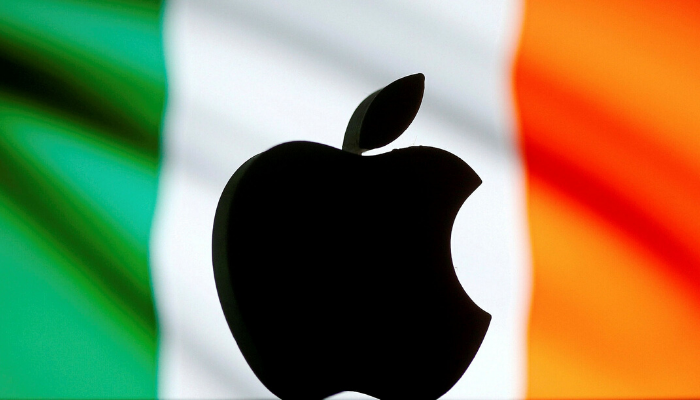 EU judges have quashed a European Commission order for Apple to pay back €14.3bn in taxes to Ireland in a landmark ruling that deals a big blow to competition commissioner Margrethe Vestager’s efforts to crack down on low-tax regimes in the bloc.

The ruling hands a big legal victory to Apple and reduces the prospect of opening up other low-tax arrangements for multinationals around the EU to state aid scrutiny by Brussels.

The EU’s second-highest court on Wednesday said Brussels did not succeed in “showing to the requisite legal standard” that the tech giant had received an illegal economic advantage in Ireland over its taxes.
Apple paid €13.1bn in back taxes and €1.2bn in interest after Ms Vestager’s 2016 ruling that Ireland had given Apple a “sweetheart” deal for more than 10 years.

The EU court said: “The general court considers that the commission did not prove, in its alternative line of reasoning, that the contested tax rulings were the result of discretion exercised by the Irish tax authorities.”
The general court said it supported the EU’s right to scrutinise national tax arrangements. However, it is the second time that Brussels has failed to demonstrate that a multinational company benefited from state aid, after another multimillion-euro case against Starbucks was overturned last year.

As with the Starbucks case, legal experts warned that the EU would struggle to win an appeal on the points of law, since the commission largely lost the case on not being able to meet the burden of proof.

Ms Vestager said in a statement that the commission would “carefully study the judgment and reflect on possible next steps”.

“The commission will continue to look at aggressive tax planning measures under EU state aid rules to assess whether they result in illegal state aid,” she added.

Apple said in a statement: “This case was not about how much tax we pay, but where we are required to pay it.
“Changes in how a multinational company’s income tax payments are split between different countries require a global solution, and Apple encourages this work to continue.”

As one of the most profitable and valuable companies, Apple said it was the “largest taxpayer in the world”, paying out tens of billions of dollars in taxes over the past decade, and said it supported more than 1.8m jobs across the EU, including suppliers and app developers.

However, it has been forced repeatedly to defend its tax practices, with Apple chief executive Tim Cook grilled in a US congressional hearing on the matter in 2013.

Ms Vestager’s original ruling followed an in-depth investigation that concluded that Ireland had given Apple a “sweetheart” deal for more than 10 years, which Dublin and the company always denied.

The commission alleged that Ireland gave Apple a preferential tax arrangement — not available to any other company — that allowed the group to pay effectively less than 1 per cent in corporate taxes. Apple has consistently rejected the allegations and the arrangements at the centre of the case are no longer in place.

The EU now has two months and 10 days to appeal against the decision. The commission is likely to file an appeal and the case will be heard by the European Court of Justice, the EU’s highest court, which will issue a final ruling.

State aid experts said the ruling would have immediate consequences for the EU.

Dimitrios Kyriazis, head of the law faculty at New College of the Humanities, said it would be like a “torpedo” to Ms Vestager’s efforts to crack down on aggressive tax planning by multinationals and harmful tax competition by EU member states.

Dublin was quick to welcome the ruling, saying “Ireland has always been clear that there was no special treatment provided” to Apple.

The case is highly sensitive for Ireland, a global hub for hundreds of multinationals attracted by its low 12.5 per cent corporate tax rate and EU market access.

With the country in sharp recession due to coronavirus, a negative ruling from the EU’s general court in Luxembourg would have been a big setback to a newly installed government that is struggling to overcome the health and economic challenges posed by Covid-19.

In addition to handing down a record-breaking tax recovery order from the iPhone maker, Brussels had accused Ireland of inconsistent tax treatment of global companies and charged the country with not applying uniform rules in the taxation of non-resident groups.

Ms Vestager’s original ruling thus called into question certainty over the Irish tax arrangements of multinationals beyond Apple, which employs about 6,000 people in the southern city of Cork.

There was anxiety in Dublin that a negative decision from the Luxembourg court would further undermine tax certainty, by potentially opening up other Irish multinational tax rulings to state aid scrutiny by Brussels.
When Ireland initiated the appeal in 2016, such questions were deemed more important to the country and its economic model than the €14.3bn it stood to receive from Apple if the Vestager ruling stood.

Responding to the court’s ruling on Tuesday, Paschal Donohoe, the Irish finance minister, argued that it “will lead many to reassess their view of our corporate tax regime and some of the statements that have been made about it.”
The verdict showed Ireland handled Apple’s tax affairs in the correct way without any preferential treatment, he added. “This is a matter that has caused reputational difficulty for Ireland during the many years in which it has played out,” Mr Donohoe said. “This is why the ruling of this morning is so important because this matter makes clear that there was no evidence available to make the case that Ireland had granted preferential treatment to a taxpayer.”

The minister listed ten steps taken by Ireland to overhaul its business tax regime in recent years, saying it was “an agenda that at times has been difficult to convey and to gain recognition of” in view of controversy over the Apple case.

The Irish finance ministry said there will be no release of funds from the escrow account holding money paid by Apple until all European legal proceedings are completed.

Apple’s road to victory
1980
Apple, led by Steve Jobs, begins operations in Ireland, opens a manufacturing facility in Cork with 60 employees. It now employs thousands of people there.

1991
Apple agrees a tax “ruling” with the Irish revenue authority that allows two subsidiaries, Apple Operations Europe and Apple Sales International, to be “incorporated” in Ireland but not resident there for tax purposes. The arrangement is updated in 2007. The EU’s case later alleged that these deals represented preferential treatment by Ireland of Apple.

2013
Tim Cook, Apple chief executive, appears before lawmakers in Washington after a Senate investigation into its offshore accounts found that the company had paid a corporate tax rate of less than 2 per cent in Ireland for several years. Mr Cook tells US senators Apple pays “all the taxes we owe, every single dollar” and does “not depend on tax gimmicks”.

2015
Apple changes the residency of its Irish subsidiaries to comply with Ireland’s new tax laws, ending the controversial arrangement at the heart of the EU’s legal case. Apple later says that its tax payments in Ireland subsequently “increased significantly”.

2016
Margrethe Vestager, Europe’s competition commissioner, orders Ireland to claw back €13bn worth of back taxes after finding that Apple paid “substantially less tax than other businesses”, constituting illegal state aid. Mr Cook describes the ruling as “total political crap” as he pledges to continue growing in Cork.

2018
In January, Apple launches a plan to repatriate part of its $250bn overseas cash pile, triggering a US tax bill estimated at $38bn. By September, pending an appeal against the EU’s ruling, Apple has paid the disputed €14.2bn Irish tax bill (including interest) into an escrow account controlled by Ireland.

2019
Apple’s appeal is heard in a Luxembourg court. Its lawyers argue that the 2016 decision “defies reality and common sense” because its Irish subsidiaries were not involved in creating the intellectual property behind its products, which are developed in California.

No Good Governance Without Diversity

How To Make Money Online Easily With Google AdSense