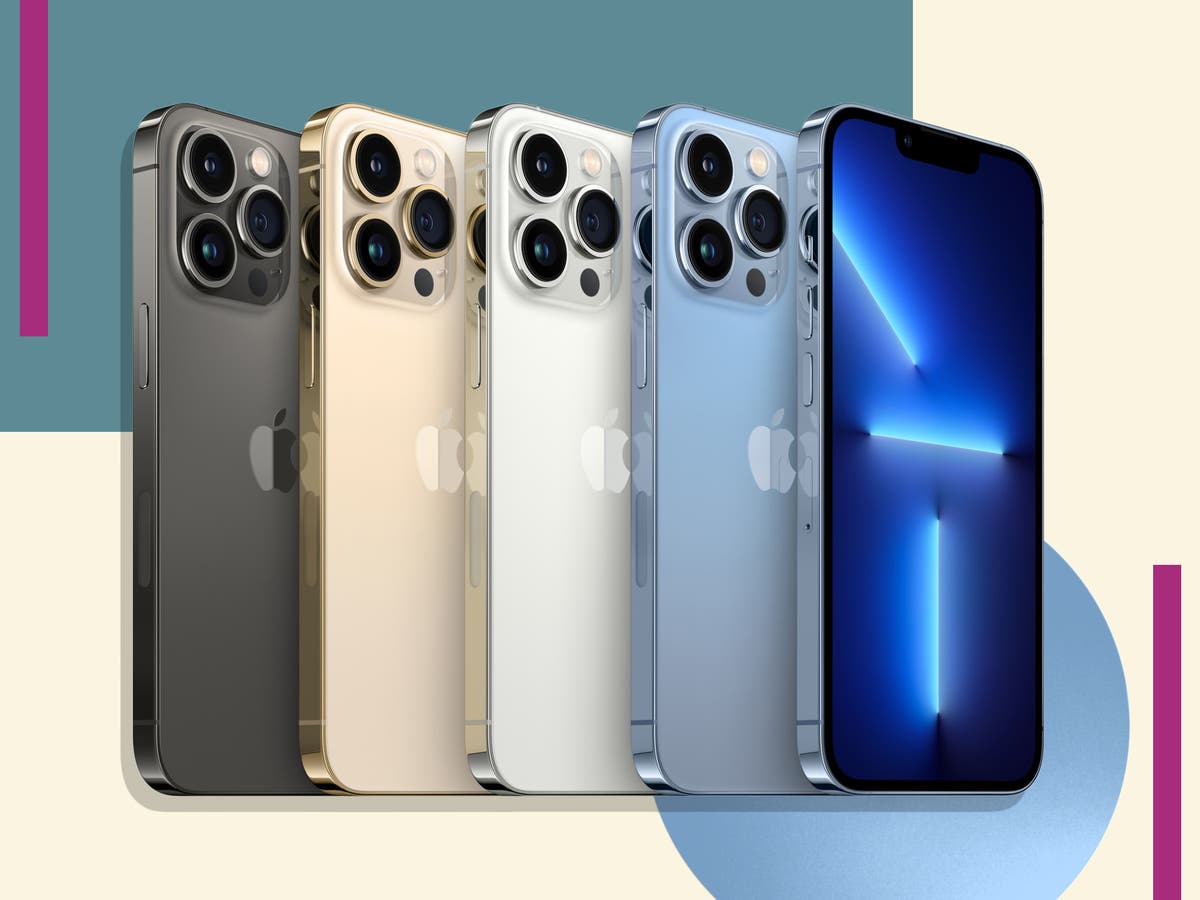 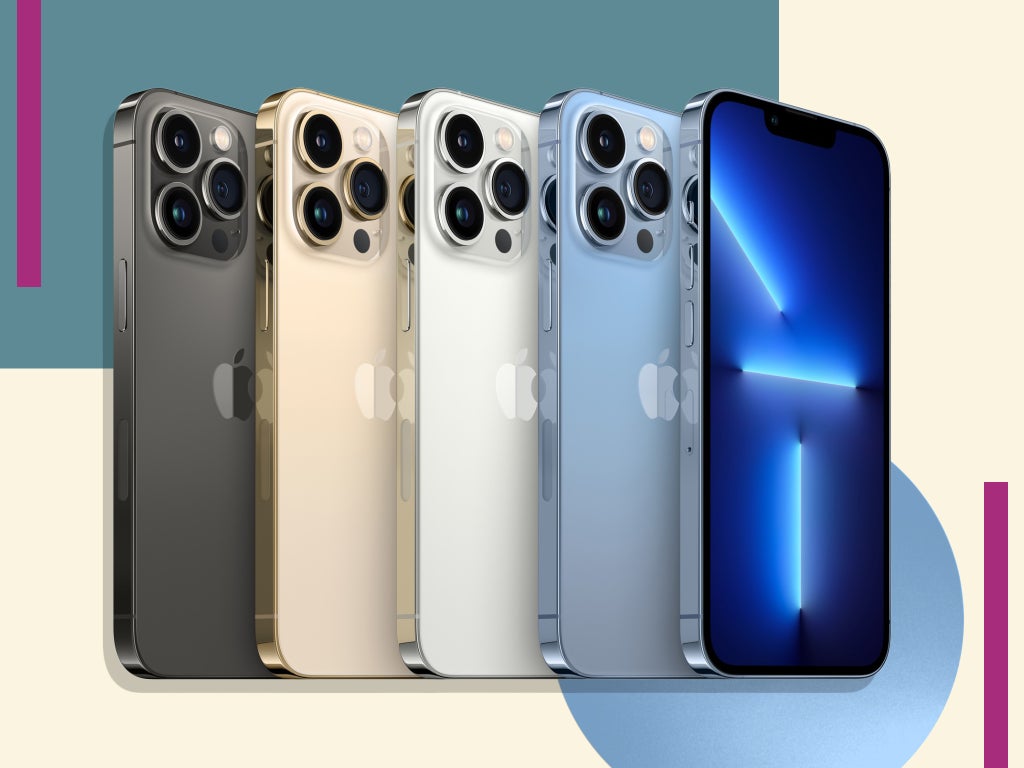 The launch of an iPhone is always an interesting moment. Apple seeks to redefine the conversation about what a smartphone should be – and it usually succeeds.

Choosing between the two is easier than usual this year. Apart from the screen size and battery, the two phones are identical, unlike last year when the pro max had significantly better cameras than the pro. Oh, there’s one other difference, the price: the larger max costs £100 more.

But it means that choosing between them mostly comes down to which fits your hand better, or suits your eyes. Be warned, the extra real estate of the 6.7in screen on the iPhone 13 pro max is hugely appealing, and once you’ve gone big, it’s hard to go small again.

It also means that in this joint review, pretty much everything applies to both phones equally, from the design to the cameras to the performance.

If the iPhone 13 pro was lying on the table face up, you couldn’t tell it apart from last year’s iPhone 12 pro, with its flat, cliff-edges standing apart from most other smartphones around. Until you switch it on. Then, the narrower (though slightly taller) cut-out at the top of the display where the front-facing camera and Face ID system sit is noticeably smaller.

I never minded the notch, as it became known, and I absolutely prefer it to the holepunch cameras peeping through the display chosen by rival manufacturers, but this looks good.

Turn the iPhone over and you’ll see the cameras on the iPhone 13 pro which are much bigger than on the 12 pro. They really are very big and dominate the rear of the screen, as does the other big design change: the colour. The range now includes three colours from last year, a dark grey called graphite, a pale gold and a clean silver, plus one new shade.

The new colour is sierra blue and it’s beautiful. A light blue that shimmers into different shades as you turn it in the light: sometimes grey, sometimes almost white. It’s just a shame that nearly all of us put our phones in protective cases so it’s usually hidden.

Other features of the design are the same as last year, including its ceramic shield, a game-changing upgrade to the front of the phone that’s much more drop-resistant. Plus, the 5G connectivity introduced last year and wireless charging that uses something called MagSafe – basically a ring of magnets under the shell that guides the phone to the charger precisely.

The 12-megapixel cameras have wide apertures to draw in light quickly, helped by technology introduced last year on the iPhone 12 pro, such as a LiDAR scanner. This is a sensor which can record depth information in a scene quickly, for precise definition even in low light.

But it’s Apple’s special effects which dominate. Portrait mode, where the subject is in fiercely sharp focus and the background blurred, comes to video on the iPhone 13 pro, with something called “cinematic mode”. This is so smart, it knows when someone is looking towards the camera and focuses on them, in the way a film set camera would have a focus puller standing by and adjusting things manually. Oh, and it works with animals and objects as well as people.

The results, which are completely automatic, are magnificent. You can even change the focus after the event, which is something that would make professional filmmakers jealous. If there’s one thing that really puts the iPhone 13 pro’s cameras ahead of any other smartphone, it’s the “cinematic mode”.

One thing that’s not automatic is “photographic styles”. When you launch the camera for the first time, it’ll ask you to choose a style. You can change this at any point by going to “settings”, then “camera”, then “photographic styles”. The styles available are standard, rich contrast, vibrant, warm and cool. Unlike some parts of the iPhone’s photography, it is baked into the production pipeline so you can’t change it after the event. It works like a filter but is way more sophisticated as it responds to different parts of the picture differently. The style is live, that is, you see precisely what the photo will look like as you shoot.

There’s also a fantastic macro mode for close-up shots. As you get as close as 2cm from a subject using the wide camera, the system automatically switches to the ultra-wide camera so that what you’re looking at pings into bright focus. In case you don’t want this, a software update is coming to turn this feature off. Though I don’t know why you’d want to as the results are terrific.

Apple has an advanced video codec called “ProRes”, and this is also coming to the iPhone 13 pro in a software update. It is not live yet and it’s important to know that one aspect of it, pro res recordings at 4K resolution, requires an iPhone 13 pro with 256GB and above, instead it’s only available in 1080P resolution on the iPhone 13 pro and pro max with 128GB storage, as ProRes footage takes up a lot of space.

This is something of a niche consideration: it’s mostly used by video editors because of its exceptional colour fidelity, but if you think you might use it, bear it in mind when you purchase.

Apple says it’s improved its night mode, an already-splendid system where you can take long exposures at night, and it creates an image that’s clear enough for details to be clearly visible, while still staying faithful to the moment.

It’s not the resolution that makes these displays gorgeous, but what’s called the refresh rate. Where most displays refresh at 60Hz, this has a variable refresh rate between 10Hz and 120Hz. If you’re looking at static content, the refresh rate drops to the minimum to save battery life, but if you’re scrolling through a menu list, say, then it instantly powers up to 120Hz to ensure a flicker-free, smooth result. This year’s screen is also brighter, making it easier to read outdoors in bright light.

The display is just one of the elements which will define a phone’s performance and battery life. The new processor at the heart of the iPhone 13 range is the A15 Bionic. Unusually for Apple, it has released the chip in two versions, saving the more powerful one for the pro handsets. The versions are nearly identical but there’s an extra graphics core, and this is used for features such as the camera and gaming.

You don’t need to worry about GPU details, though. The plain fact is that this phone is screaming-fast, whether it’s running a power-hungry game or streaming video. Everything happens at speed.

Two years ago, with the iPhone 11, the battery life on Apple’s phones made a big leap, offering real confidence that the handset would last through a day with ease. Last year’s iPhone 12 series trod water a little, with no noticeable extra battery life. But this year, Apple says there’s another big step forward, with up to 2.5 hours more juice in the iPhone 13 pro max, which is said to be the best battery life ever in an iPhone, while the iPhone 13 pro also gains extra stamina. Both statistics have been borne out in our testing.

The point is not to have big battery reserves at the end of the day but the peace of mind to know that if you’re suddenly away from home for longer, where battery demands are greater, especially with 5G connectivity, that your phone won’t run flat.

Although in some ways the iPhone 13 pro and iPhone 13 pro max look like iterative updates, with a familiar design altered just by a smaller screen cut-out and a new colour, actually, they’re not. The swathe of photographic improvements alone are worth upgrading for, I’d say, made possible by a faster processor and better camera sensors.

But there’s plenty more under the hood to make the new phones desirable. The first 120Hz display for an iPhone is definitely worth having, for instance. The innovations from 2020, such as 5G and the ceramic shield that makes the screen more drop-resistant, are nicely consolidated, so if you’re upgrading from two years ago, purchasing now is a no-brainer. And just as importantly, Apple is paying attention to the things that really matter, like battery life, which is exceptionally good this year.

These phones are not cheap, but what they contain means they are great value. The iPhone 13 pro max will be too big for some hands and the iPhone 13 pro too small for some eyes, but both offer genuine innovation, immaculately executed, in a handsome, head-turning design.

IndyBest product reviews are unbiased, independent advice you can trust. On some occasions, we earn revenue if you click the links and buy the products, but we never allow this to bias our coverage. The reviews are compiled through a mix of expert opinion and real-world testing. 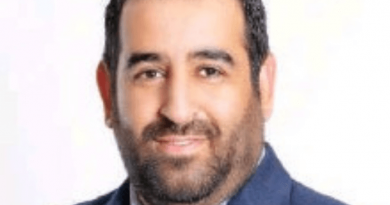 The Effect of Digital Technology in the Music Industry 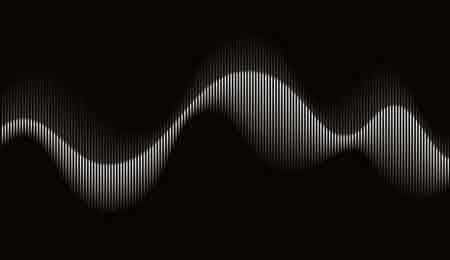 How to Extract Audio from Video (7+ Methods)