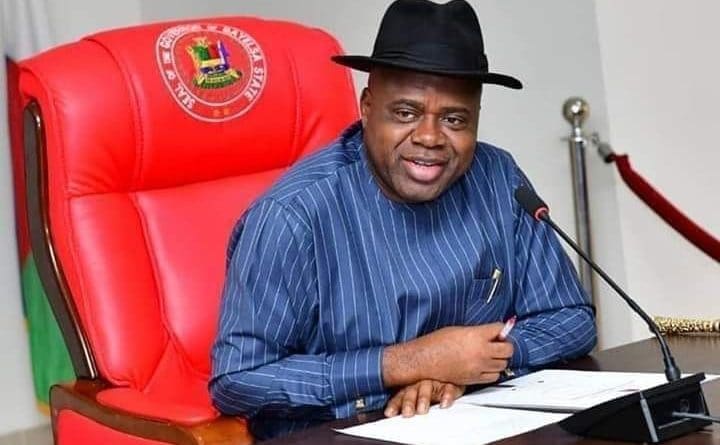 The Court of Appeal in Abuja, on Thursday, reserved its judgement on the appeal governor Douye Diri of Bayelsa State filed to set-aside the tribunal verdict that sacked him from office and ordered a fresh election in the state.

It equally heard and reserved judgements on two other appeals the Independent National Electoral Commission, INEC, and the Peoples Democratic Party, PDP, filed to challenge the nullification of Diri’s election by the tribunal.

A five-man panel of Justices of the court led by Justice Adzira Gana Mshella okayed the appeals for judgement on the day it awarded N500,000 cost against the Advanced Nigeria Democratic Party, ANDP, which was the party that filed the petition that led to Diri’s sack.

It will be recalled that hearing of all the appeals was stalled on Wednesday owing to an application the ANDP brought for leave to change the lawyer that handled the case for it at the tribunal.

The new lawyer, Mr Gabriel Egbule, had after Diri’s appeal was called up for hearing, informed the appellate court that the party was no longer interested in processes its former lawyer, Mr Kehinde Ogunwumiju, SAN, filed to defend the judgement of the tribunal.

Egbule drew the attention of the court to ANDP’s notice of change of counsel dated September 23, adding that he would henceforth represent the party in the matter.

Meanwhile, Ogunwumiju, SAN, who expressed surprise over the development, persuaded the court to defer the hearing to enable him to confirm his status in the case.

However, at the resumed proceedings in the case on Thursday, Ogunwumiju announced his appearance for the ANDP, even as Egbule notified the court that he got a fresh directive to hands-off and withdraw all the applications he filed on behalf of the party.

Dissatisfied with the situation, governor Diri’s lawyer, Chief Chris Uche, SAN, urged the appellate court to not only punish the ANDP but also its National Chairman, Chief Charles Ogboli, noting that he was the one that deposed to the fresh affidavit sought to be withdrawn.

Uche also drew the attention of the appellate court to the fact that ANDP anchored its application on the ground that its gubernatorial candidate, King George, earlier pulled out of its case at the tribunal and equally left the party.

He noted that the party averred in the affidavit that in the event that a fresh election is conducted in Bayelsa State as ordered by the tribunal, it would be left without a gubernatorial candidate.

“My lords should take judicial notice of what transpired in this court yesterday.

“Today they have come here to sing another tune. Justice is more than a game of hide and seek. The door of Justice should not be opened to a slippery customer who probates and reprobates at the same time.

Before he could resume his seat, ANDP’s lawyer, Ogunwumiju, said his client was ready to pay the cost. He, however, opposed a similar request for cost by counsel to the PDP, Mr Emmanuel Inoidem on the premise that he did not file any process with respect to Diri’s appeal.

In a ruling, the appellate court awarded cost to only governor Diri, even as it struck out all the fresh processes that were filed by ANDP.

It also struck out Diri’s application for all the three appeals to be consolidated.

Meantime, in the appeals that were separately heard by the panel, governor Diri, INEC and PDP, urged the appellate court to set aside the majority judgement of the Bayelsa State Governorship Election Petition Tribunal delivered on August 17, and uphold the minority verdict that dismissed ANDP’s petition.

Arguing the appeal, Diri’s lawyer, Uche, SAN, contended that the tribunal erred in its majority decision when it held that ANDP was unlawfully excluded from the governorship election that took place in Bayelsa State on November 16, 2019.

He said it was not in contest that the party submitted names of underaged candidates to INEC. He argued that under section 177 of the 1999 Constitution, as amended, ANDP did not have a valid nomination for the election and could therefore not claim a valid exclusion from the process.

“In construing section 138 of the Electoral Act, my lords should examine the words ‘valid nomination’ as emphasised by the section.

“Candidate of the 1st Respondent (ANDP) was not constitutionally qualified. And if he was unqualified ab-initio, he cannot be said to have been disqualified”, Uche argued.

Likewise, in its own appeal, INEC, through its lawyer, Mr Ibrahim Bawa, SAN, argued that it was empowered by section 285(14) (c) of the Constitution to disqualify a candidate for an election that failed to meet the statutory requirements.

The electoral body urge the court to hold that ANDP did not validly nominate a candidate for the election as required by law.

On its part, PDP, in its appeal that was argued by Mr Yunuz Uztaz, SAN, also prayed the appellate court to dismiss ANDP’s case and restore governor as the bonafide winner of the Bayelsa governorship contest.

Uztaz, SAN, maintained that it will be an academic exercise to affirm the majority decision of the tribunal that ordered a re-run since ANDP had admitted that it would be unable to field any candidate for the election.

Nevertheless, ANDP’s lawyer, Ogunwumiju, urged the court to dismiss all the appeals and uphold the verdict of the tribunal for a fresh election to be conducted in Bayelsa State within 90 days.

He stressed that contrary to argument by the Appellants, the petition his client took to the tribunal was neither statute-barred nor contained pre-election issues.

He argued that the issue of unlawful exclusion of a political party from an election is a matter that is reserved for an election tribunal, adding that the plant of ANDP’s case was on its exclusion and not on the qualification of its candidate.

“My lords, it is our position that the issue of qualification is not an ingredient for the establishment of unlawful exclusion”, Ogunwumiju added.

Aside applying for the expulsion of several paragraphs of the appeals, Ogunwumiju further prayed the appellate court to dismiss all the appeals with substantial cost.

After the panel heard all the appeals, it adjourned to deliver judgements on a day to be communicated to the parties.

The tribunal had in a majority judgement by two out of the three-man panel of Justices, voided the outcome of the Bayelsa state gubernatorial election over the exclusion of ANDP in the contest.

Two members of the panel, Justices Sikiru Owodunni and Yunusa Musa said they found merit in ANDP’s contention that it was unlawfully excluded from participating in the governorship election by INEC.

Justice Musa who read the lead judgement held that the tribunal was satisfied that INEC illegally excluded ANDP and its governorship candidate, King George, from the election.

However, in a dissenting judgement, Chairman of the tribunal, Justice Ibrahim Sirajo, affirmed governor Diri’s election after he dismissed the petition for being statute-barred.

Justice Sirajo said there was evidence that ANDP was disqualified from the election for fielding an ineligible candidate. He noted that the party nominated an underaged deputy governorship candidate, who admitted that he was 34 years old, instead of the 35 years age bracket the Constitution stipulated.

Governor Diri had in his appeal, insisted that the majority judgement of the tribunal was “manifestly against the weight of evidence”.

In a separate development, the appellate court, on Thursday, dismissed the appeal the United Peoples Congress, UPC, and its candidate, Ibiene Stephen, filed to challenge the dismissal of their petition by the tribunal.

The appeal was dismissed for want of diligent prosecution after the appellants failed to show up for hearing.

The court however reserved judgement on two other appeals that candidate of Alliance for Democracy, AD, Owei Woniwei, and that of the Liberation Movement, LM, Vijah Opuama, filed to set aside the dismissal of their petitions by the tribunal.