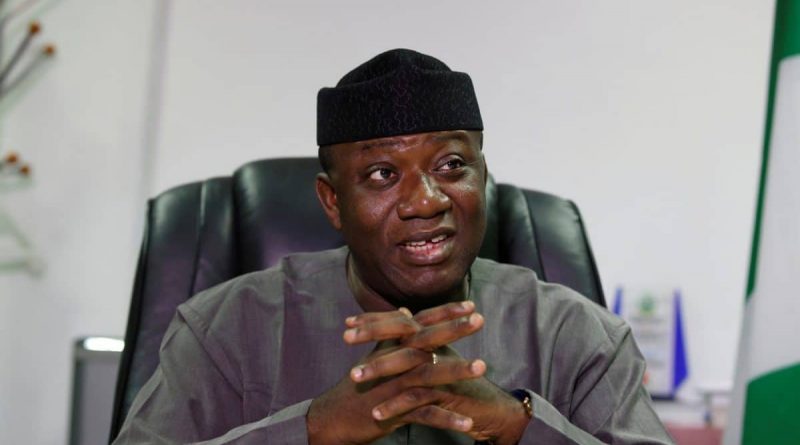 Ekiti State Governor, Dr Kayode Fayemi, Monday insisted that Amotekun security outfit was not about an exclusive protection of indigenes of the South West, saying that the draft bill backing the outfit would be signed simultaneously in the six states of the region on Friday.

Fayemi stated this in his office in Ado-Ekiti on Monday during the official presentation of the draft bill backing the outfit by the Attorney General and Commissioner for Justice, Mr Wale Fapohunda.

The governor said Amotekun was about the safety and security of every person resident in the six states of the South West, regardless of where they might have come from.

He disclosed that the proposed bill backing the establishment of the Western Nigeria Security Network codenamed Operation Amotekun will be signed into law on Friday February 14 by the six south west state governors.

The governor said that the draft bill will be extensively discussed during the State’s Executive Council meeting on Wednesday for immediate transmission to the house of Assembly noting that the South West houses of Assembly had promised to give the bill accelerated passage.

Fayemi noted that the creation of Amotekun was meant to protect every law abiding residents in the region regardless of their tribe and ethnicity, debunking the insinuations that it was targeted at the Fulani herdsmen.

He expressed optimism that the security outfit would end the scourge of kidnappings, banditry and other criminal activities in the region, adding that it was in consonance with the community policing programme of the federal government.

According to him, “It was one of the highlights of our meeting with the Vice President, Professor Yemi Osinbajo ; the Inspector General of Police, Muhammed Adamu and the Attorney General of the federation, Abubakar Malami including the six governors of the South West where we met to iron out the emerging different opinions on the outfit. The security and well-being of every Nigerians where they might have come from.

” A lot of people have misconstrued the essence of the Amotekun security network. It is not about an exclusive protection of indigene of the South West. It is about safety and security of every person resident in the six states of the South West, regardless of where they might have come from. As long as they are legitimately and legally resident in every part of the states, we consider it our duty, we consider it our responsibility to protect them as long as their within the jurisdiction.

“Even though, I have not read the bill , I am sure this is what this bill proposes. I am not sure the bill is for protection of Yoruba people living in the six states. It is going to talk on ensuring our highways are free from banditry, armed robberies , kidnappers and all forms of brigandage.

” To that extent, it is a logical extension of the community policing initiative that President Muhammadu Buhari has assented to that the Inspector General of Police has already communicated to various police formations across the country.

” Together with my colleagues, we have promised ourselves that this bill will be given accelerated discussions in our various State Executive Council meetings this week and send it expeditiously to our various State houses of Assembly this week. Our discussion with our speakers who have been waiting for the bill to the extent that they are recalling some of their members from recess in order to give this bill accelerated passage in the various legislatures.

” Latest by Friday,14th February,2020 the bill that hopefully will have been passed into law will be assented to simultaneously in the six states of the South West and will hope the team in charge of it will start the implementation of the Amotekun corps immediately.”

Earlier, Mr. Fapohunda disclosed that the draft bill with about 38 provisions was prepared with specifications from each of the states which outlined the operational guidelines for the security network.

The Attorney General stressed that the bill was carefully put together with necessary provisions which includes complaint desk to report cases of abuse of human rights and corruption by the Amotekun corps.

He revealed that the proposed bill would be uploaded on the website of the ministry for members of the public to read and make their comments. 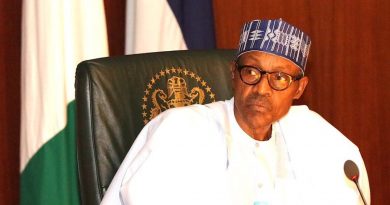