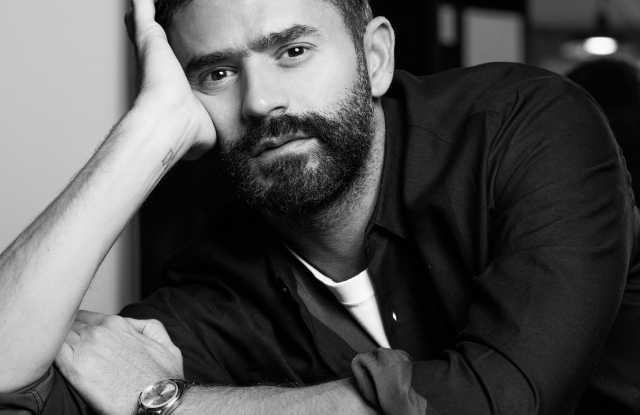 PARIS — It’s going to be outdoors. In Paris. Rising independent fashion label Ami, known for updating French style — while keeping the charm — is taking to the catwalk for the upcoming ready-to-wear fashion week in the French capital. The announcement from Ami designer Alexandre Mattiussi, who has sparked a following among Asia’s young, fashion-hungry generations, comes as a clear endorsement of physical fashion events as the industry gropes its way through the coronavirus crisis.

“I believe that fashion shows continue to serve as the magical rendezvous for presenting a collection,” Mattiussi told WWD in a phone interview.

“Even if the digital realm can serve to reinforce a creative and artistic message, I believe that the surprise of a fashion show, for the public, for the teams that work on the collection, the consumers, and people who observe us from the outside — fashion shows remain an exceptional rendezvous,” he said.

Following discussions with Ami chief executive officer Nicolas Santi-Weil, the label decided to sit out the July men’s shows, which were shifted to the online sphere, as the duo sought to maintain support for employees during a time when closed factories and textile manufacturers complicated logistics of making a collection.

“We preferred to wait and see how things would evolve, and then sign up for the women’s fashion week,” Mattiussi said, giving them the time to think about how to present the collections. The lineup will be coed, with both men’s and women’s looks, as is customary for the brand.

“A fashion show, yes, even if conditions are unusual,” Mattiussi described the decision process.

“There will be fewer people, that’s for sure, but it’s above all the occasion to show the collection on models — on real people, in movement — and show our work, which merits being seen in action during this unusual period,” he added.

“It’s also an opportunity to show our work to a public that might not necessarily be present during men’s fashion week, to meet new people, new journalists, new clients, people who don’t necessarily know us yet,” continued the designer.

“The fashion show remains each year, twice a year, the perfect way to present our work,” he concluded.

The brand last year traveled to Shanghai, where it staged a Paris street-themed show, a night-time scene complete with street lamps and umbrellas. Then it kicked off the Paris men’s shows this year in January at Trianon, a 19th-century theater near Montmartre, sending out a coed lineup of updated Sixties looks with an androgynous bent to a live accordion performance by Mario Batkovic. For the finale, velvet curtains were pulled back to show the models arranged on a Paris street setting.

This season’s plans don’t mark a permanent shift to the women’s calendar, explained Mattiussi. Even if the current environment makes it difficult to project definitive plans for the future, the idea is to return to the men’s calendar in January.

“Economically, we are more anchored on the men’s calendar, it makes more sense for us, in terms of the lifespan of our collections and for taking time to do things well and to take time to sell our clothing well rather than chasing after discounts,” noted Santi-Weil.

“We love the fashion shows, these are important moments for the life of the brand, but at the same time, we respect institutions, and health authorities and we followed what was recommended — not doing a physical show,” said Santi-Weil, recalling the decision not to show in July.

“Paris remains for me a major source of inspiration, it’s the city of my heart, the city I’ve lived in now for nearly 20 years,” said Mattiussi, citing the architecture, and the people he has met in the city.  “It’s a chance to pay homage to the city that welcomed the brand and our work — it’s above all a story of Paris and Parisians.”

With plans to hold the show outside, there’s a risk with the weather, admitted Mattiussi, who noted he’s lighting candles in hopes for no rain.

Street casting is on the cards — young and old, and from the label’s circle of friends. “It will be a bit like a family celebration,”  he said.

It’s also a chance to return to the essentials.

“Through this crisis, we’ve been asking a lot of questions about the necessity and usefulness of fashion shows, of all these things being created that are costly. We think, first of all, that clothing remains essential. That our message is essential. We are a house of a human size, we work with passion with collaborators and producers that are respectful of the work we do together — we wanted to highlight this,” said Mattiussi.

It’s an important anniversary year for the brand, as he pointed out. Ami is celebrating its ninth year, and nine is the designer’s lucky number — he has it tattooed in Roman numerals on his wrist.

“Ami remains a brand that is fundamentally and profoundly Parisian — the idea is to celebrate this with the fashion show and thank people who follow us and who love us, the producers, the artisans, that work with us. It’s a big moment of celebration, a bit like an end of year production,” he described it.

“The idea is to show the collection with all the poetry and magic that we’ve always been used to relaying — it’s a new chapter in our history,” Mattiussi said.