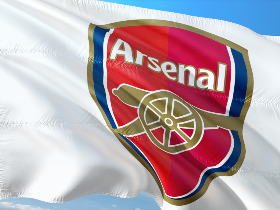 Aliko Dangote, who’s worth around $11 billion, had initially announced that he wanted to purchase Arsenal from the current owner, Stan Kroenke.

This year, however, he put those plans on hold to finance several large scale business projects.

With the expansion of his company, the Dangote Group, well underway with the construction of the Dangote Refinery, Aliko has now turned his attention back to the acquisition of his favorite English Premier League team.

Who is Aliko Dangote?

Currently, the richest man in Africa, having bypassed Saudi-Ethiopian billionaire Mohammed Hussein Al Amoudi on the Bloomberg Billionaires Index, Aliko Dangote, made his money in commodities, founding the Dangote Group in 1977.

Currently, the Dangote Group is the largest industrial conglomerate in West Africa.

Aliko Dangote has a long history of supporting football in Nigeria and has given significant amounts of money to the national team, the Nigerian sports ministry, and the renovation of the national stadium in Abuja.

How Popular Are Arsenal in Africa?

Of the more than a billion fans worldwide who follow the English Premier League, 230 million of them live in Africa.

The popularity of particular clubs varies from country to country, with the Gunners having the most clout in Dangote’s home country of Nigeria.

But they are consistently among the top three most popular clubs in Kenya, Malawi, Ethiopia, Ghana, Senegal, Zambia, South Africa, Zimbabwe, Uganda, Tanzania, and the Ivory Coast.

If Dangote is successful in acquiring Arsenal, then his dedication to improving Nigerian sports could also see a lot more Nigerian players taking to the field at the Emirates Stadium.

Watching Arsenal games in countries like Nigeria can sometimes be a little tricky for fans. Thankfully, there are a couple of options other than investing in an expensive sky package.

DSTv Premium has the rights to show English Premier League (EPL) as part of its SuperSport Package and the Bet365 also has an arrangement with the FA that allows users to watch EPL games on their website and mobile app as long as they place a small £5 bet.

This means you only have to pay for the matches you want to watch, and, unlike a TV subscription package, you can take advantage of all the bet365 casino bonuses, and you might even win money while watching the game.

How Likely Is Dangote to Take Over at Arsenal?

While Stan Kroenke and his son Josh might have already publicly written off Dangote’s bid for the club, it doesn’t detract from the fact that Dangote has the money to buy the club, with his £8 billion personal wealth and the fact the currently, the Kroenke family are not popular at the Emirates.

In the summer of 2019, Arsenal fans launched the #WeCareDoYou campaign aimed at targeting Stan Kroenke’s passive leadership of the club.

Kroenke, who is personally worth £9.7bn, bought out Alisher Usmanov’s stake in Arsenal for £550million in 2018.

However, the billionaire American is also the owner of several American sports teams, including the LA Rams, Denver Nuggets, Colorado Avalanche, and Colorado Rapids and, according to the fans, had been disinterested in his North London acquisition, preferring to spend more time in the U.S.

These issues have been exacerbated by Arsenals’ mediocre performance in the Premier Leauge, and their inability to make significant headway in the Champions League.

When Kroenke bought into the club, Arsenal had just played in a Champions League final, in 2019 the were relegated to playing in the Europa League for the third consecutive year.

This is somewhat at odds with the statement made by Kroenke when he took over that club that “KSE’s ambitions for the club are to see it competing consistently to win the Premier League and the Champions League.”

Change on the Horizon

With considerable wealth and the proven track record of improving football in Nigeria, Aliko Dangote might be the right kind of new blood to bring Arsenal back into top level performance, if the Kroenke’s can be persuaded to see, that is.