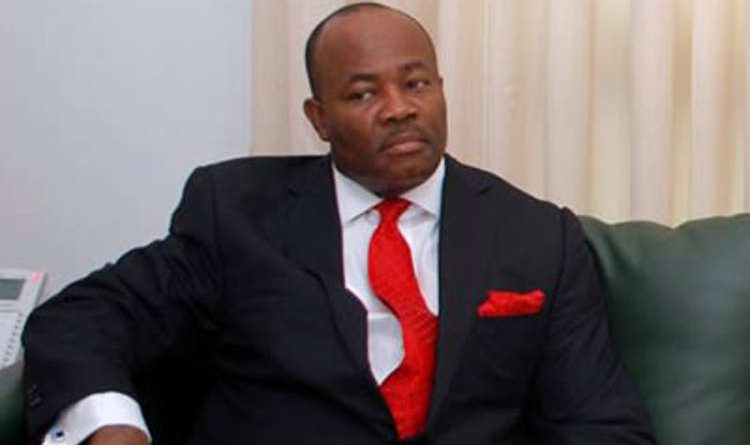 The People’s Democratic Party in Akwa Ibom has alleged that Godswill Akpabio, Minister of Niger Delta Affairs is planning to rig the state and National Assembly rerun elections holding on Saturday.

According to the PDP, Akpabio has recruited the services of DIG Michael Igbizi as well as armed thugs to intimidate PDP loyalists and stakeholders in order to truncate the election.

The race is between Akpabio of the All Progressives Congress(APC) and Senator Chris Ekpenyong of the People’s Democratic Party (PDP) for Akwa Ibom Northwest senatorial district.

However, Akpabio pulled out of the race and asked the Independent National Electoral Commission(INEC) to replace him with former House of Representatives member, Obongemem Ekperikpe Ekpo — a request that was turned by INEC.

In a press conference on Friday in Uyo, the Akwa Ibom State capital, the National Legal Adviser of the PDP, Mr. Emmanuel Enoidem said, ” the ancient English proverb fool me once, shame on you; fool me twice, shame on me will be put to test during the forthcoming court-ordered rerun in Essien Udim Local Government Area.

“The resultant injuries from the infamous expedition was very glaring that the Court of Appeal described the elections that took place there with the worst adjectives ever used in a judgement of a court.

“Undeterred by the humiliating defeat handed him by Senator Chris Ekpenyong and his massive rejection by people of his senatorial district, Senator Godswill Akpabio has perfected plans to use foul means to manufacture large votes obviously just to prove that he is popular in Essien Udim even after he has conceded defeat.

“He is determined to massively rig the elections in aid of his party’s candidates for the House of Representatives and House of Assembly just to deceive the world that APC is popular in his Local Government Area.

“To achieve this, Senator Akpabio has procured the service of DIG Michael Igbizi (who flew on the same Ibom Air flight and indeed sat on the same seat with him yesterday) whose intention is to reenact the roles played by AIG Musa Kimo during the last elections.

“Additionally, the services of armed thugs referred to by them as ‘walking stick contractors’ from Port Harcourt and Bayelsa State and some fake soldiers and policemen have been procured and are enroute Essien Udim as we speak.

“This group will be under the operational command of CSP Idorenyin Akpabio, a nephew of Senator Akpabio, who is currently in charge of Operation Puff Ada in Akwa Ibom State”, he said.