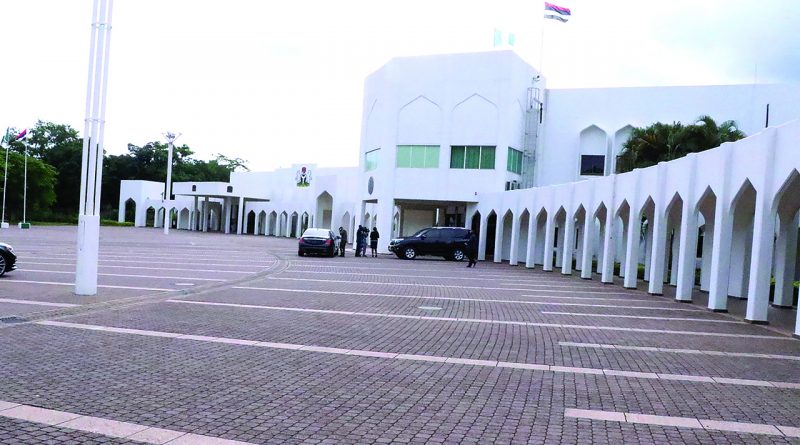 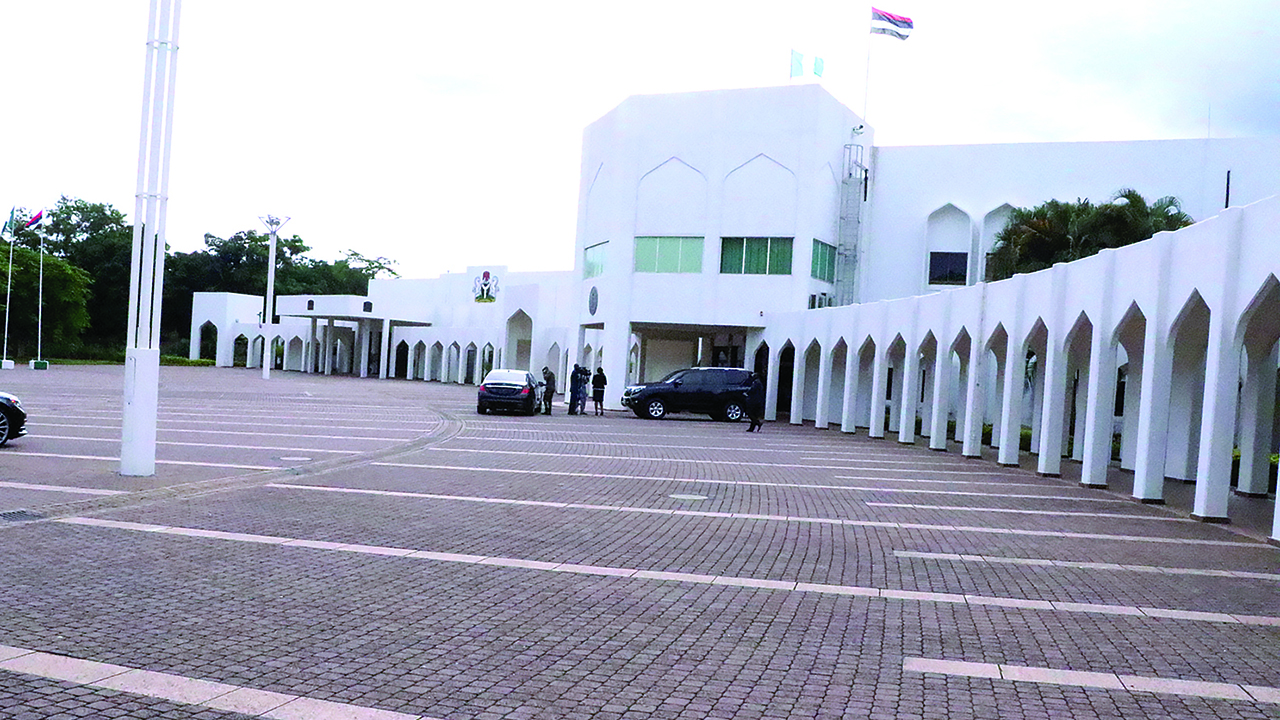 The shooting at the Presidential Villa involving Usman Shugaba,  the Aide-de-Camp to the First Lady, Mrs Aisha Buhari, and other security agents attached to her will top the agenda of the police management team meeting today (Monday).

It was gathered in Abuja on Sunday that the First Lady’s security aides would face a panel that would be set up by the leadership of the police.

It was also learnt the affected security aides would not be restored to the wife of the President following their involvement in an altercation with a personal assistant and nephew of the President, Sabiu Yusuf, also known as Tunde, last Thursday, at the Presidential Villa.

The trouble started on Thursday night, when the President’s wife and three of her children  Zahra, Halima and Yusuf  as well as some of her security aides, led by Shugaba, stormed the residence of Yusuf at House 8 by the Pilot Gate of the Presidential Villa.

They insisted that Yusuf, who had just returned from Lagos, should proceed on self-isolation for 14 days, to save the President and his family from the danger of COVID-19.

Yusuf had visited his wife, who was recently delivered of a baby in Lagos.

The situation worsened when the First Lady’s ADC, in his attempt to apprehend Yusuf allegedly released some gunshots on the premises.

Following the gunshots, Yusuf ran away and took refuge in the nearby house of his uncle, Mamman Daura, also Buhari’s nephew.

The IGP, a report further stated, after receiving security report at the Presidential Villa, ordered the arrest of the ADC to the First Lady and other security aides, who accompanied her to Yusuf’s residence.

Besides the ADC, a chief superintendent of police, others arrested were the escort commander, Deputy Superintendent of Police, Sheriff Kazeem, who is the son of ex-IG, Hafiz Ringim, and four riot policemen who were at the scene of the incident. The operatives are being held since Friday morning.

One of our correspondents learnt on Sunday that the shooting incident would top the agenda at the weekly meeting of the police management team which would be presided over by the IG at the force headquarters, Abuja, today (Monday).

A source in the Presidency who confided in The PUNCH, said, “Shooting at the State House is not permitted under any guise.  It is a serious security breach that should not have happened. And that is why the IG ordered the detention of the officers involved. The men will face a police panel and if found culpable, may be demoted and redeployed from the Presidential Villa.”

Explaining the incident further, the source stated,  “The ADC, Shugaba, fired gunshots in the air after Yusuf jumped a locked gate in a bid to escape. Yusuf narrated the incident to Daura who informed Mr President; the President was very furious and he complained to the IG.”

“The truth is that the officers can’t go back to the villa. If they did not lose their ranks, they would be redeployed to other formations; this kind of incident attracts demotion and serious reprimand,” an official noted.

The Force Public Relations Officer, DCP Frank Mba, could not be reached for comments as he did not respond to calls. He had yet to reply an SMS as of the time of filing this report.

It was further gathered that Shugaba started working with the First Lady about three months ago.

Findings indicated that Shugaba was the Chief Security Officer to the Kogi State Governor, Yahaya Bello, before he was redeployed to the Villa as ADC to Aisha.

The PUNCH learnt that Shugaba had denied firing the shots, insisting that the shooting was done by a DSS official.

A top aide to the first lady, however, told The PUNCH that the gunshots that were fired last Thursday emanated from the gun of one of Yusuf’s security aides.

He said it was unfortunate that the police, acting under the instruction of Buhari’s nephew, Mamman Daura, had decided to take sides with Yusuf (Tunde) and feed lies to the public.

The aide, who wished to remain anonymous said, “Madam (Aisha) never asked her aides to shoot Yusuf. It was Yusuf’s security men that were shooting into the air when madam’s ADC attempted to remove him from the Villa.

“If the police investigate thoroughly, they will discover that the bullets came from the gun of one of Yusuf’s security aides. Unfortunately, the public is being fed with lies. The police IG is also bowing to pressure from Mamman Daura who is the brother to Tunde’s late mum.

“Also, Yusuf met with Maikanti Baru, the former GMD of NNPC that died of Covid-19. Tunde’s wife is pregnant but it is not true that he went to visit his wife. He went to visit Baru and that is why we said he should self-isolate.”

Why First Lady has  not been speaking –Aide

The spokesman, however, dodged several other questions, insisting that the President had already ordered an investigation into the matter.

He also said he was not sure if any of Tunde’s aides had been arrested.

Responding to questions on why Aisha had not been speaking up for the release of her aides, he said, “She always speaks out publicly. The reason she has stopped speaking out now is that whenever she speaks, people misconstrue or take her statement out of context. But she always means well for the country so that she and her children can have a bright future even after this administration is over.”

The First Lady had protested the detention of her security aides and called on the IG to release them in a series of tweets on her Twitter handle last Friday.

“I call on the IGP to release my members of staff who are still in the custody of the police in order to avoid putting their lives in danger or exposure to COVID-19 while in their custody.”

Meanwhile, the President on Sunday said the law should be allowed to take its course on the shooting incident involving the security aides attached to his wife, Aisha, inside the Presidential Villa, Abuja on Thursday night.

Buhari, in a statement on Sunday by his Senior Special Assistant on Media and Publicity, Garba Shehu, said where armed guards come short in the handling of weapons, their relevant agencies have their rules and regulations to address them.

Overruling his wife’s call for the release of the security details, the President insisted that the law should take its course.

The statement read, “The Presidency wishes to acknowledge concerns expressed by several members of the public regarding the recent incident among the occupants of the State House which escalation led to the arrest of some staff by the police.

“This is to assure all and everyone that the President and Commander-in-Chief of the Armed Forces, Muhammadu Buhari, is not, and was not at anytime in any form of danger arising, either from deadly infections or the reported incident by security personnel which is currently under investigation.

“This particular incident happened outside the main residence of the President.

“Armed guards and other security personnel assigned to the State House receive the necessary training of especially weapons handling and where they come short, their relevant agencies have their rules and regulations to immediately address them.

“Having authorised the proper investigation to be carried out into this unfortunate incident by the police, the President has acted in compliance with the rule of law.

“That a minor occurrence is being used by some critics to justify attacks on the government and the person of President Muhammadu Buhari beggars belief.

“In this particular instance, the President says the law should be allowed to take its course.” 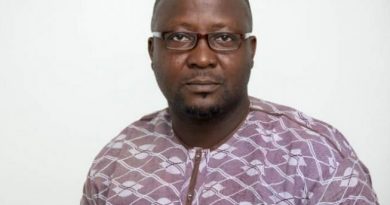 How My Wife And I Recovered From COVID-19