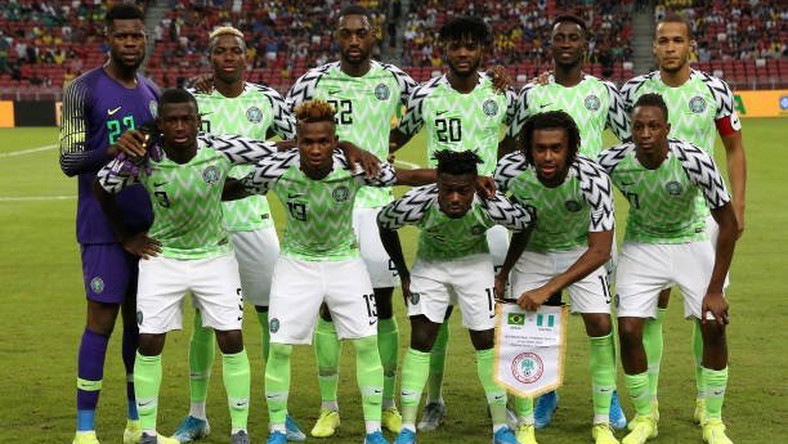 We are now in 2020 and there has yet to be an African country to lift the World Cup trophy yet. However, there is no doubt that African teams are improving with each passing year. This is thanks to the African Cup of Nations (AFCON), which takes place every two years and sees 24 teams fight it out to be crowned the Champions of Africa. Below we are going to have a look at ten of the best African teams from the last ten years. Senegal have never won the AFCON, but they have been knocking on the door recently, and we feel that it will not be too long before they are holding the coveted trophy aloft. In 2019, they came agonizingly close, but they were beaten 1-0 by Algeria in the final. Their first appearance at the World Cup came in 2002 and they had a good run to the quarter-finals where they were eliminated by Turkey in Sudden Death. They made their second appearance at the World Cup in 2018, but they were eliminated in the group stage, despite finishing on the same amount of points as Japan.

They have won the AFCON trophy once, back in 2004. They also came close to winning it in 1965 and 1996. However, in the last decade, their best placing at this tournament was 4th in 2019 when they lost the 3rd/4th play-off to Nigeria by a single goal. They have played at five World Cups and were in England’s group at the 2018 World Cup. They were three minutes away from claiming a famous point against England, but Harry Kane broke their heart with a goal in the first minute of injury time.

They hold the record for being the first team from Africa to finish top of a group at the World Cup. They achieved this feat in 1986 and had England, Portugal, and Poland in their group. They were knocked out by West Germany in the Round of 16. In their history, they have made 4 appearances at the World Cup finals and they competed at the most recent World Cup in 2018 – they only managed 1 point from their three games. When it comes to the AFCON, they are another team that have yet to lift the trophy, but if they keep improving then there is no reason why they cannot. Zambia’s defining football moment came back in 2012 when they defied all the odds and beat the Ivory Coast in the AFCON final However, since then, they have not been able to maintain that high level and they were eliminated in the group stage of the following two tournaments. They also failed to qualify for the 2017 and 2019 editions. They have never played at a World Cup, but all is not lost for their fans as they have a number of really good young players who will hopefully break this duck very soon.

Ghana has competed at nearly all of the AFCON competitions, and they have won it an impressive four times. In the last decade, they have finished either 2nd, 3rd, or 4th at the AFCON, apart from 2019 where they went out in the Round of 16. They have played at the World Cup on three occasions – 2006, 2010, 2014. Their best finish at a World Cup was their quarter-final elimination in 2010. Ghana came so close to winning, but Luis Suarez handled deliberately on the line and the resulting penalty was missed. The match went to a penalty shootout and Uruguay won it.

When you look at the stats, it is safe to say that Cameroon are one of Africa’s most successful teams. They have appeared at 7 World Cups, but they have only progressed from the group on two separate occasions. In 1990, they were the first team from Africa to make it to the quarter-finals. When it comes to AFCON, they have won it five times, with their latest win coming back in 2017.

Egypt are the most successful AFCON team as they have won it 7 times. The national team once reached 9th in the FIFA World Rankings, which is pretty impressive for an African team if you ask us. This makes them one of just three African teams that have made it into the top ten of the World Rankings. When it comes to World Cups, they have only made 3 appearances, with their latest one coming at the 2018 tournament. They lost all three of their games, but with quality players such as Mohammed Salah, we expect them to do well in the future. The Ivory Coast lifted the AFCON trophy in 2015 and were shocked by Zambia in the 2012 final. In the last 10 years, they have played at all of the AFCON competitions, but mostly found themselves eliminated in the quarter-finals. They qualified for three World Cups between 2006 and 2014, but they did not make it out of the group stage. However, when you look at their team you will see that it has some of the best players from the continent.

They are one of the three teams to have made it into the top ten of the FIFA World Rankings. In fact, in April 1994, they were ranked 5th in the world, which is the highest ranking ever by an African team. They have won the AFCON three times, with their latest win being in 2013. Since 1994, they have played at all World Cups apart from the one in 2006. In 3 of their 6 appearances at this competition, they made it to the Round of 16. Nigeria has plenty of young talent to keep them competitive for years to come.

They are the reigning AFCON champions and have two titles to their name, They have played at the World Cup four times, two of these times coming in the last 10 years. In 2014, they made it to the round of 16. In the group stage they beat South Korea 4-2, which made them the first African team to score 4 goals in a match at the FIFA World Cup. The country has always produced talented footballers and there are many who consider them to be the best team in Africa’s footballing history.