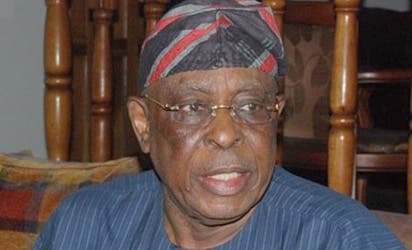 If you never believed there’s a strong spiritual link between man and his name, you are bound to reappraise or jettison your doubt after reading Chief Olusegun Osoba’s autobiography, Battlelines.

From higher spiritual knowledge, it is known that the name is more than a label but encapsulates the innate gifts, qualities, abilities the bearer brings upon incarnating and often presages his path of destiny in life. A person is, therefore, what his name says.

As a child, Osoba, may not have been aware of the significance and potency of his name, Olusegun (which means God triumphs or simply Victor). Neither, perhaps, did his parents, even if they had a vague sensing of it, realized why the child’s maternal uncle the famous and redoubtable Evangelist and faith healer, Apostle Ayo Babalola, charged that he be addressed solely by this particular appellation of the many beautiful ones he took at his christening.

But the import of the prophet’s admonition was to unravel later in the life of the lad, in the many battles he had to fight as an iconic newsman, politician and former governor of Ogun State in effort to distinguish himself and help foster a better society, first, as a career reporter, media manager, boardroom player, and then in politics and ultimately governance!

Battlelines is the story of the transit of an exceptionally brilliant, vibrant, albeit naive young man and his fortuitous immersion into the socio- political dynamics and machinery that determine the affairs of the Nigerian nation for almost all of its 60 years, but essentially during critical phases and potentially disruptive junctures of national history.

It is the tale of a battle of passion, of patriotism and treachery, selflessness and betrayal, of service, wins and setbacks at the end of which, despite the travails, emerges the portrait of an apparently misunderstood patriot!

Although autobiographies are most often nothing but revisionist exercises at image laundering and/or distorting historical facts, the Osoba in this account does not fall too far away from the image of him in the public domain, or that one has a fair personal knowledge of.

Neither is there any significant departure from the integrity of the truth with respect to his own side and views on controversies in which he was embroiled, some of which, in fact, are in the public domain. Far from being a vainglorious and extenuating run, Battlelines is a moving story presented in a classic, credible journalistic reporting traditions that does Osoba great credit as an accomplished professional.

The narrative evidences adherence, as much as possible, to ethical rules of objectivity, balance and fairness as the author gives equal or more generous vent to criticisms and opposing views only contesting or countering them and advancing the frontiers of the arguments by divulging fresh, illuminating facts including documentary proofs. Although he was vindicated in the end despite his trials, Osoba’s narrative is, remarkably, devoid of any strain of gloating!

Told in three parts and spread over 19 chapters, the first section of the book captures the preparation of the renowned journalist -turned politician for the campaigns ahead of him – from Osogbo, where he was born and nurtured in Yoruba and Christian values to Abeokuta and Lagos where he grew into an intrepid, adventurous, sporty and street -wise adolescent.

His being a school prefect, academic brilliance, sporting prowess, activism in the Boys’ Scout Movement at the Methodist Boys High School (MBHS), one of the prestigious secondary schools in Lagos then, combined with the circle of peers and some of Nigeria’s noble and influential families among whom he grew up as well as vast network of eminent friends and contacts in commanding heights of different spheres of national life he later cultivated, laid the foundation for his success in his later forays and intervention in journalism and politics.

This section also reported his stellar career rise and invaluable contributions to journalism beginning from Daily Times where he cut his professional teeth and became one of Nigerian journalism’s finest and reporting legends, editor and later Managing Director and Chief Executive of the newspaper conglomerate; to his stint, after being head-hunted, at the Kwara State Government-owned Herald newspapers; and the crusading journalism era at the Ibadan -based Sketch newspapers where he was General Manager before returning to the Daily Times for a second sojourn.

The reader is awed at how, despite perceived professional envy, intrigues and persecution, Osoba, with some of the best education received from ivy league journalism institutions across the world including the University of Lagos; Fleet Street, England and Harvard University, Boston USA, tenaciously fought his way up to the peak of the career ladder, using the press to promote social justice, fairness, good governance and public good.

In the process of course, he inevitably acquired the tag of being controversial. The book highlights and addresses some of the incidents that led to this. Notable among them were his alleged role in the sacking of Chief Areoye Oyebola whom he succeeded as Editor of Daily Times in the aftermath of the Murtala/Obasanjo coup d’etat in 1975; purported partisan use of the press to advance the political cause of the progressives and late sage, Chief Obafemi Awolowo, on account of his friendship with the nationalist and elder statesman; his alleged dubious claim of Kwara indigeneship to clinch the Herald top job; as well as plots to rob him of his appointment as General Manager, Sketch, after a competitive board interview, and another later to unceremoniously ease him off the Daily Times MD seat during the Gen. Ibrahim Babangida’s military era.

Also documented later in the book were his alleged betrayal of Frank Kokori, the NUPENG Secretary General who was the linchpin of the labour strike and resistance to Gen. Sani Abacha’s dictatorship, his perceived treachery in the Afenifere fold that purportedly led to the 2003 massive electoral defeat of the Alliance for Democracy in the South West and more.

The author reveals his side of the story corroborating it with compelling and incontestable facts from confidential and official memos, press reports and other archival documents, while also citing living witnesses to exonerate himself of any wrongdoing and set the record straight.

This section also details the era in which Osoba devoted his vocation to fighting for social justice and promote progressive politics. Two incidents come to mind – the illegal deportation of Alhaji Abdulrahman Shugaba and impeachment/removal from office of the then Kaduna State radical governor, Alhaji Balarabe Musa.

Part two of the book chronicles the author’s friendship with and political tutelage under Chief Awolowo as well as his eventual plunge into partisan politics. Here, the reader comes to see how the late elder statesman’s lifestyle and political ideology won Osoba as a disciple and influenced his politics and stint in government.

We are also introduced to how he became friends with the late Chief MKO Abiola, although a kinsman but hitherto a sworn foe, whose battle to become the President of Nigeria he was to champion even at the risk of his own life before and during the Abacha’s bloody dictatorship!

This section also records his role and life as a fugitive under the repressive regime of the late tyrant and usurper, while fighting as a National Democratic Coalition (NADECO) chieftain for the validation the June 12, 1993 presidential electoral victory of Chief Abiola.

In between these sections, is an intermission wherein the author recalls how he met his wife “Bere Derinola”, to whom he pays so much tribute for his numerous successes and escape from several assassination attempts by Abacha’s goons!

Part 3 captures Osoba’s rule and legacies as governor of Ogun State, which, however, he suggests his successor and opponents tried to obliterate, deny him due credit and persecute him for. This concluding part of the riveting story sheds light on the rift in Afenifere, his rumoured sell-out of the of Awolowo disciples to former President Olusegun Obasanjo and controversial role in his party, Alliance for Democracy’s (AD) monumental loss in the 2003 general elections in the South West.

It winds up with an account of the formation and ascendancy of the All Progressives Congress (APC) to power in 2015. The narrative, however, drips with Osoba’s regrets of unfulfilled vision and promises that the reign of the party since its ascendancy to power has been, which he blames on subversion of the ruling party’s ideals and misdirection of its noble goals.
Traveling through the book, one cannot but acknowledge Chief Osoba as a master prose stylist and journalistic craftsman. Apart from putting to effective use the flashback technique, opening the story from the midriff only to plunge into the beginning and relaunching into a chronological build-up, occasionally and ingeniously disrupted by anecdotal switches across epochs, not enough could be said of the author’s racy and breezy narrative style which makes the book unputdownable!

But most importantly, perhaps, is his professional adroitness in avoiding the pitfall of prejudice, bias and self-adulation common to many self -narrated accounts. In Battlelines, there is hardly any perceptible self -extenuation, or attempt by the author to deodorize or paint himself as a saint. Rather, Osoba readily and candidly admits to his humanness and fallibility. To critics’ attacks, scurrilous tales and gossips he offers explanations and counter arguments with an uncanny force of logic and corroborative factual evidence.

In the end, emerges a man of rare professional talent, a conscientious leader, consumate patriot and champion, who although badly bruised, certainly ran away with the diadem as one who came, saw and conquered!

It is good that Chief Osoba thought of gifting the world with this book. With its literary appeal, scholarly depth and profound insights especially into the undercurrents of landmark events in the life of the nation post-independence, it’s an invaluable reference resource not only for historians and students and practitioners of politics and journalism, but also for the general reader interested in issues of nation-building and development.

Fabowale is the Editor of Newspeak magazine 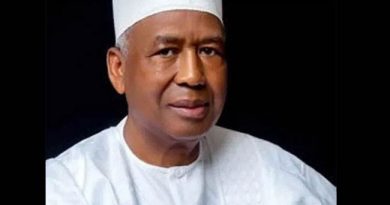 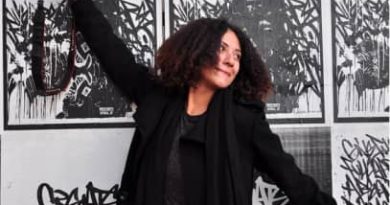 How to Choose From the Best Hotels in Dubai Within Budget